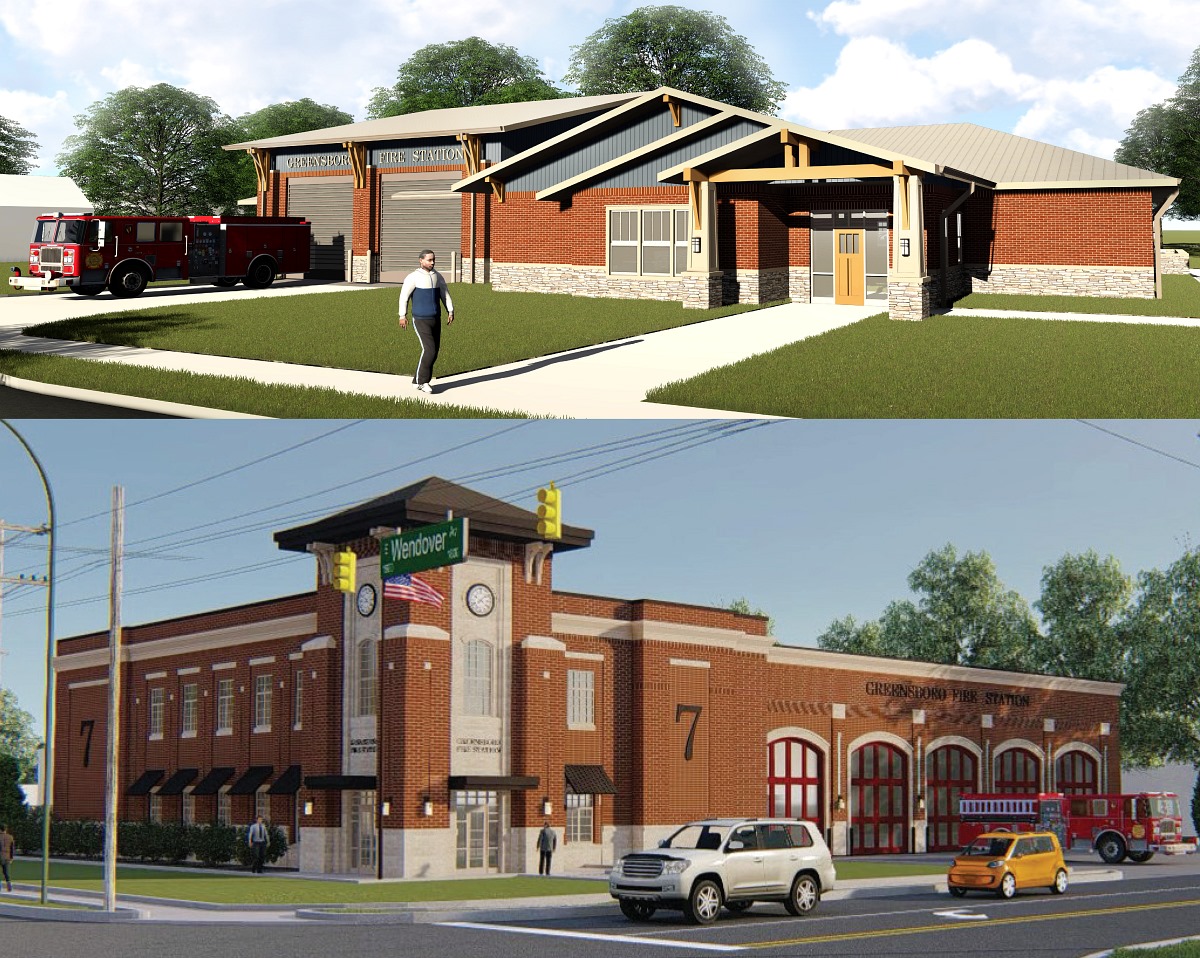 Greensboro is erecting two new fire stations. Above are street-side drawings of new Station 56 (top) and new Station 7 (below). See more plus floor plan and site drawings at https://www.legeros.com/blog/docs/gfd.

Station 7 on Gatewood Avenue is getting an $8M replacement, with a two-story, five-bay [!] facility that will also share space with Guilford County EMS. The 1958 structure was closed last week, and will be demolished beginning in June. Engine 7 made their last run there on Wednesday, May 20.  See photos from inside the now-closed station.

Temporary quarters for Engine 7 opened on May 21, at 715 Elwell Avenue, while Ladder 7 has been relocated to Station 63 at 4306 Burlington Road, for the duration of the project. 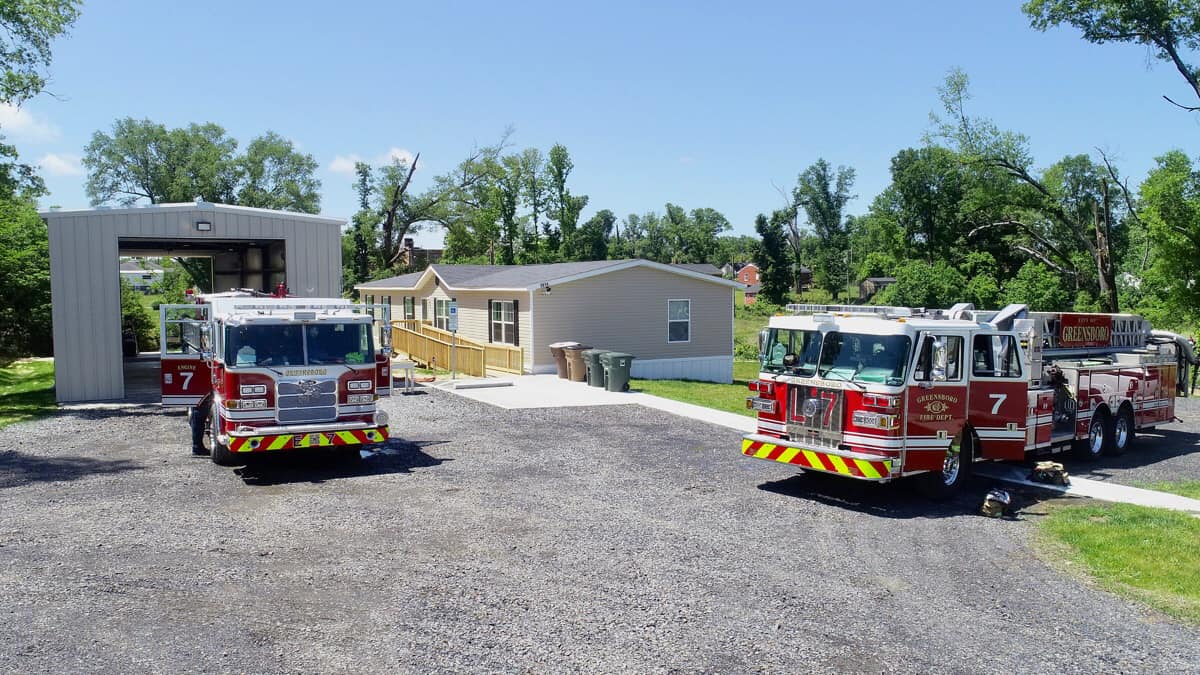 And, yes, that’s five count ’em five bay doors in the front of new Station 7. Two are double-deep, and three are single-vehicle bays, one for a Battalion Chief and two for ambulances. See drawings at https://www.legeros.com/blog/docs/gfd.

Or see more pics of the temp station. 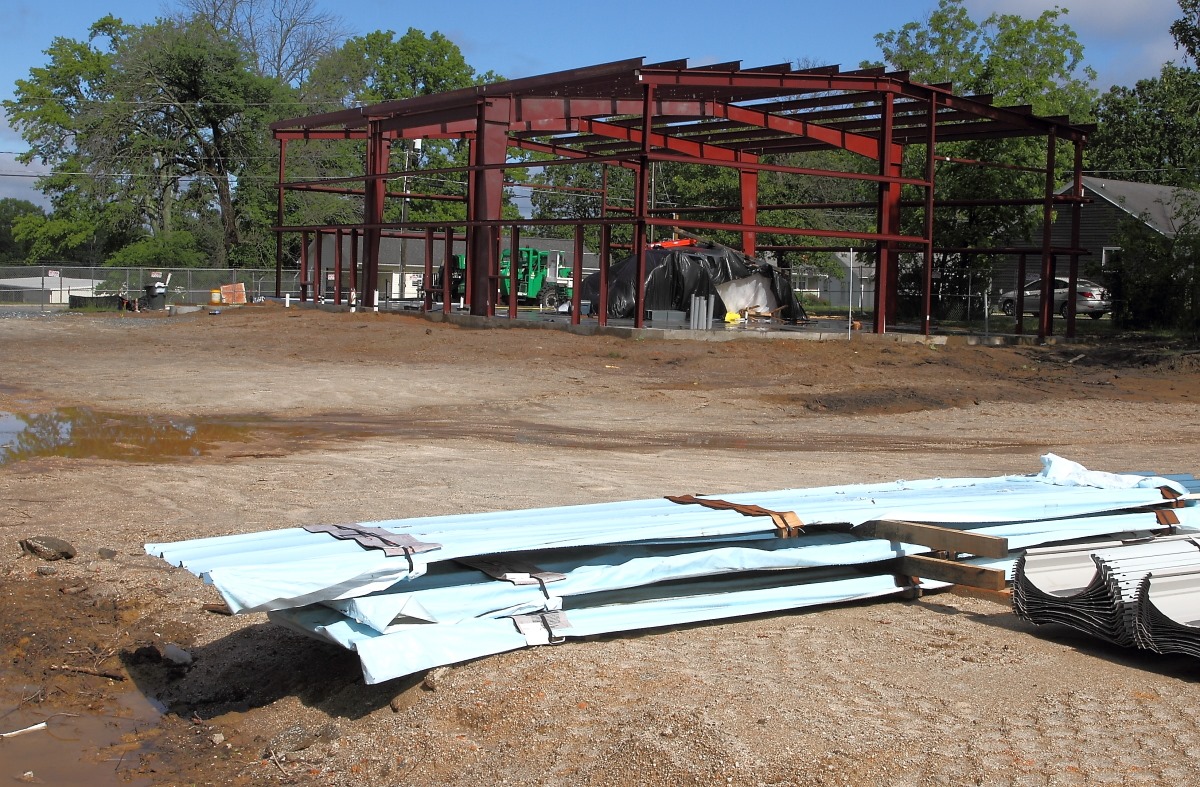 Station 56 on Franklin Boulevard is also being replaced. Temporary quarters are being erected behind the station, which will utilize an existing house and second vehicle storage building.

Once completed, the current station will be demolished and replaced with a new, two-bay building.

The fire station was built in 1960 for the Fire District 14 Fire Department. They merged with Greensboro 2005, with career members, equipment, and the station transferred to the city.

Big thanks to our friends in Greensboro for sharing. See more plus floor plan and site drawings at https://www.legeros.com/blog/docs/gfd.