The Raleigh Fire Department’s newest tiller was delivered this week, a 2017 Pierce Arrow XT, 1500/200/100′. See prior posting about the delivery.

It also marks 101 years of tractor-drawn fire apparatus in the Capital City. Let’s look back at each rig, and its history.  Click to enlarge, then scroll down to read details: 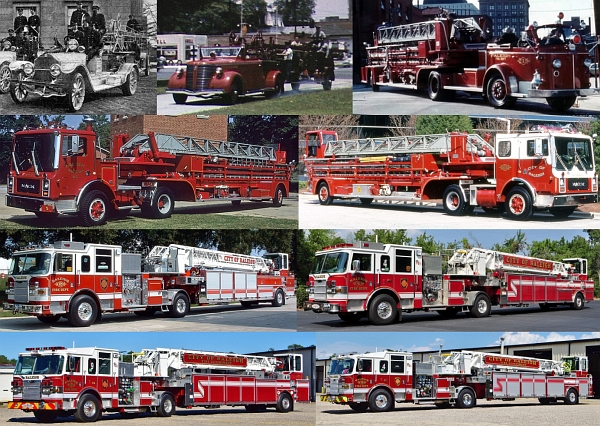