This is a blog version of a Facebook posting from November 15, 2022.

What’s the history of the city’s colored fire companies, as they were called, back in the day? Shown is a clipping from the Statesman on February 7, 1874, via North Carolina Newspapers.

Great research topic for someone and made easier by the ever-expanding collection of digital newspapers on that site. Here’s a video by Legeros with research tips, for the site.

Here are a few notes, from found articles this week. Memo to self, add these to my pages on Fayetteville FD history and Black Firefighter History of NC. 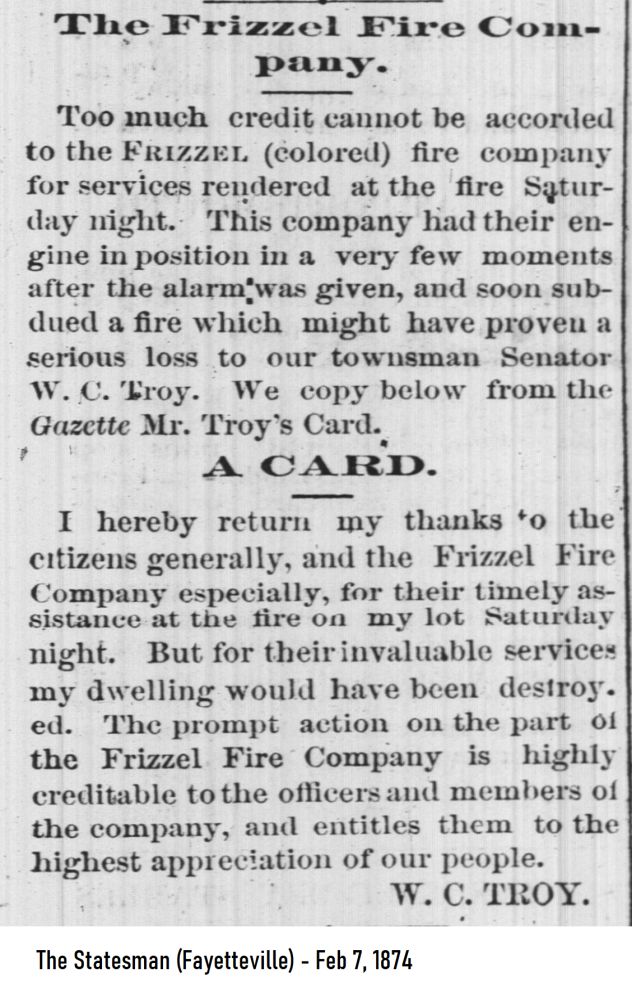