The state’s second-deadliest plane crash occurred in Charlotte near Douglas Municipal Airport on the morning of September 11, 1974. The Eastern Air Lines Douglas DC-9-31 was carrying 78 passengers and 4 crew members. It crashed just short of the runway on instrument approach in dense fog. The fatalities totaled 71, including four who died later.

The CFD and NCANG response included:

Other fire and rescue agencies included: 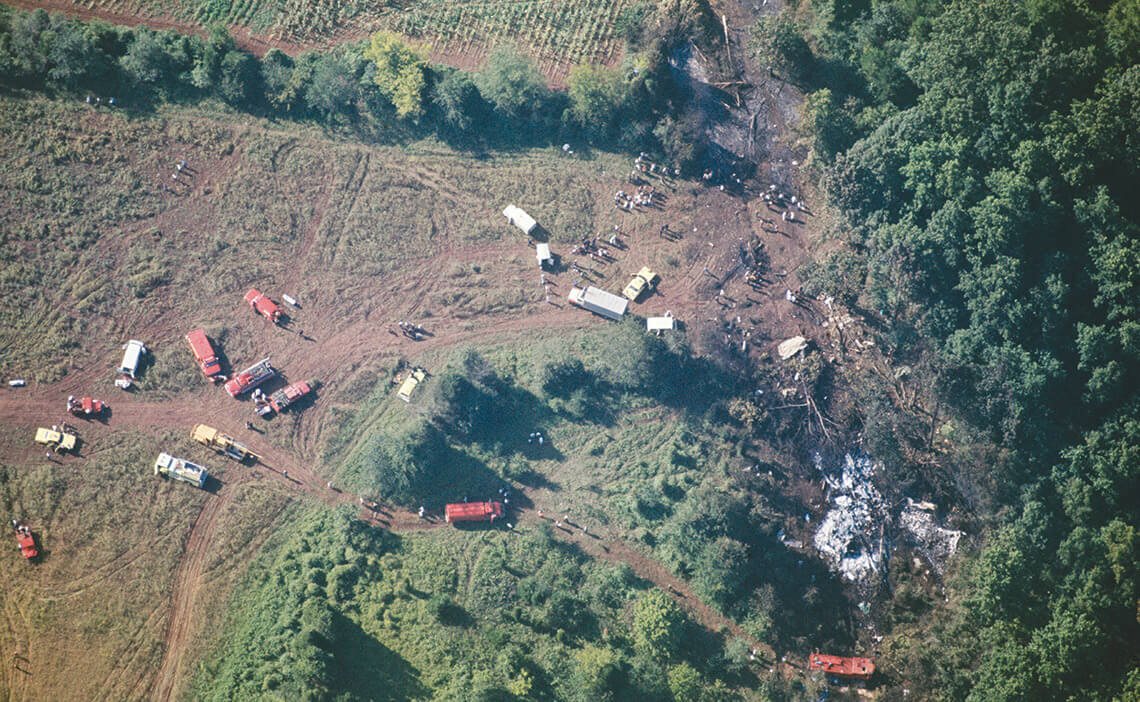 The January-February 1975 issue of Hose & Nozzle magazine provided a summary of Charlotte Fire Department activities that day as well as the dispatcher run card. 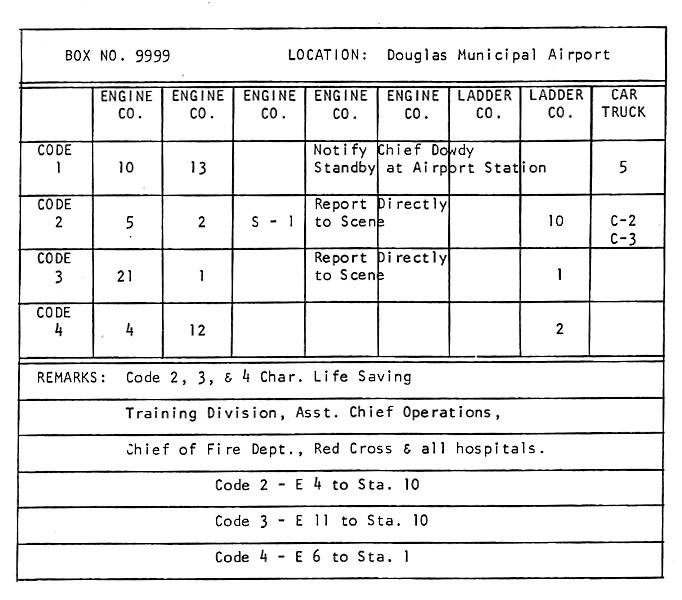 At 7:32 a.m., the plane suddenly disappeared from radar. FAA personnel in the control tower determined the craft had crashed, and notified the airport fire station that a plane was down about a mile off Runway 36. Three crash trucks were dispatched. Capt. D. B. Webb, the Airport Station Commander on Blaze 5, radioed that he was headed in the direction of a dense black smoke that could be seen above the crash site. He requested Engine 10 be moved to Station 17, and for police to assist gathering information on the exact crash location. However, he could not advise the type of plane.

Blaze 5 and other equipment traveled down Wilmount Road to Beam Road, and turned right. At Shopton Road, a member of the Airport Manager’s office was there. He informed firefighters that the crash was not on Shopton Road. He also informed them that the plane was a DC9. The information on plane type had not been available to them. Blaze 5 continued down Beam Road, and also notified Communications of the plane type. The crash site was spotted through the fog after Blaze 5 turned right on York Road. They reported on scene at 7:40 a.m.

Across the yard of a farmhouse, Blaze 5 found the aircraft split apart and with pieces scattered in woods among “broken trees, large gullies, honeysuckle thicket and burning with the exception of the tail section and cockpit.” The Commander exited the apparatus, and began walking ahead, to ensure that the ground was level, and they were clear of bodies or debris.

Further details are contained in a report of CFD activities reprinted in the article:

Additional details provided in the article: 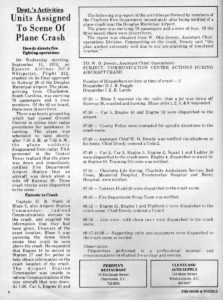 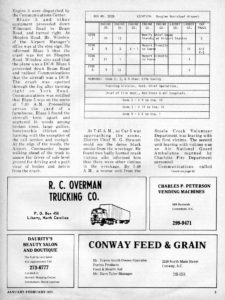 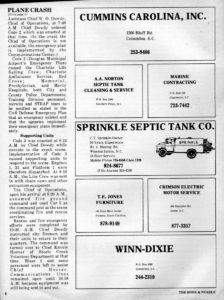