We’ve blogged about this former fire department before, back in 2009. Here’s some more information, lately uncovered, and beginning with this vintage photograph. Source is the vertical files in the local history room at the Asheboro Public Library. Written on the back of the is “prior to 1971.” Click to enlarge: 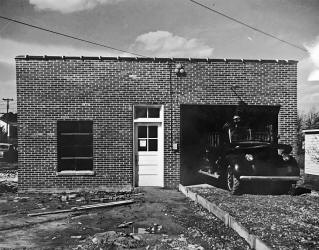 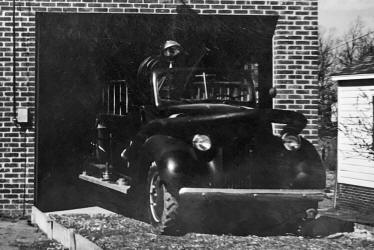 From there, let’s consult the old city directories via DigitalNC. The listings:

Below is a current building at 203 E. Beasley Street, at the corner of and facing Hinshaw Street. The front of the building appears to have a slender driveway, and possible a former garage bay. Strong candidate for a former fire station. Click to enlarge: 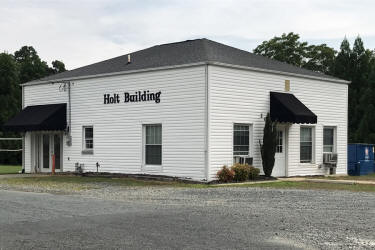 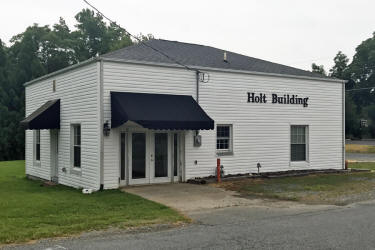 Tax records say built 1945, on a half-acre parcel. Deeded to the nearby church in 2002, and previously deeded to Attress York in 1995.

Unfortunately, the two structures don’t resemble each other. Did the sanitary district build a newer fire station, with this structure replacing the older one? Could this be a rebuild of the brick building, with the bay location reversed? Good questions!

[1]The annexation of the sanitary district expanded the city limits by one-third, and adding some 5,000 people to the population.