This content was originally posted in August 2018 on the original blog site. It’s been moved here and expanded with additional content.

September 10, 2020
Here’s a new old photo of the Ca-Vel fire department in Roxboro, from an undated picture posted by Mike Warren to the Facebook group Reminiscing in Roxboro, in this thread. It was re-posted to Legeros Fire Line on Facebook on April 4, 2020. Click to enlarge: 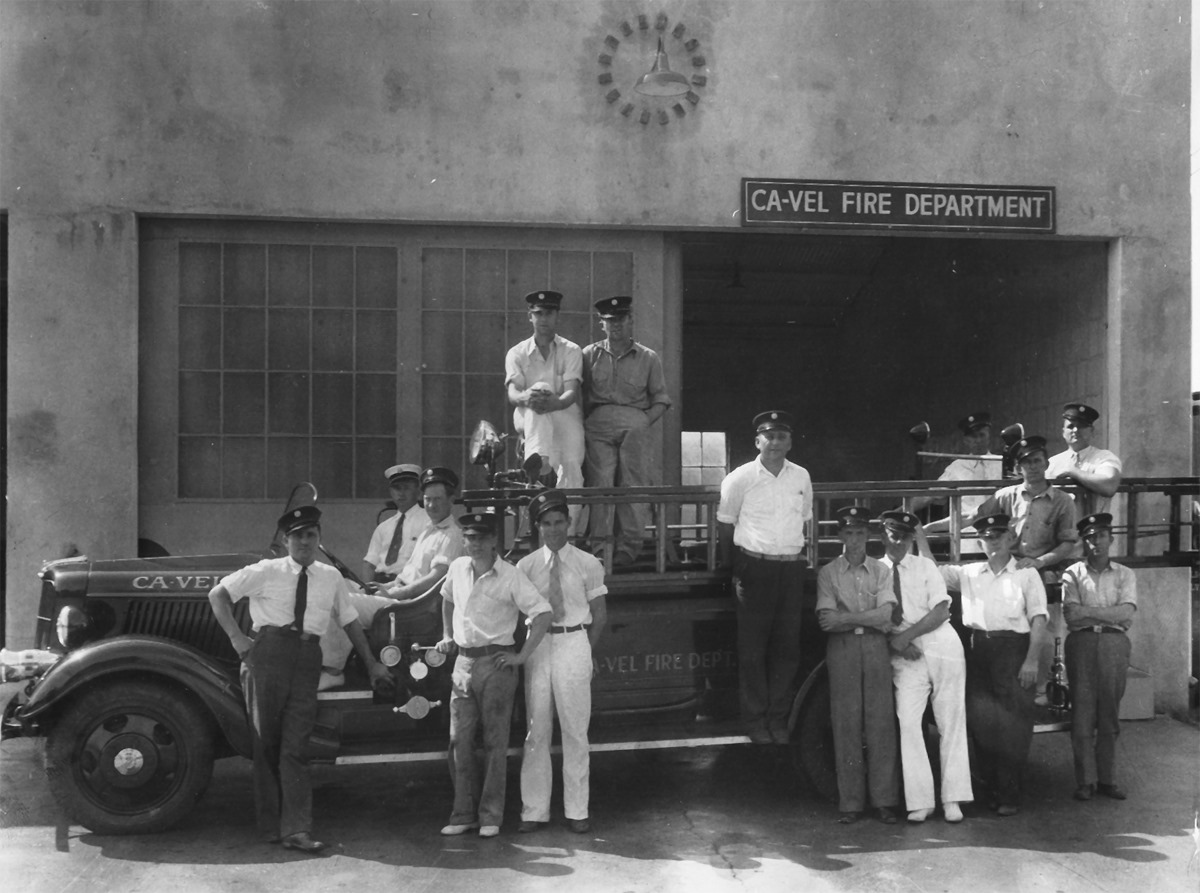 The author’s caption notes that the overhead rack housed a wooden Bangor ladder and a pair of booster reels were mounted in the back, behind the rear wheels. The truck presently privately owned, the author adds. It still resides in Norwood. Click to enlarge: 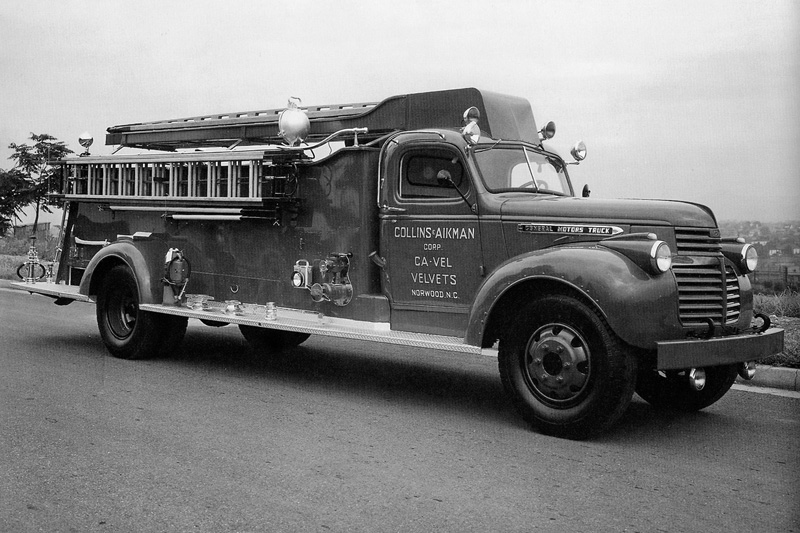 Collins & Aikman operated other plants in North Carolina, including in Farmville and Roxboro. We’ve blogged before about the latter location and in context of the Ca-Vel Fire Department. Or CA-Vel, depending upon your spelling. The plant was located three miles north of town.

The Ca-Vel Fire Department was listed in the rosters of the North Carolina State Fireman’s Association from 1938 to 1959. They’re mentioned in newspaper articles in the 1940s as assisting Roxboro firefighters.

Sanborn Fire Insurance Maps of 1943 showed a one-story fire station building on the northeast corner of the property. Their equipment was listed as a Ford/General pumper, 300 GPM, 80 gallons, with 1,000 feet of 2 1/2-inch hose. The address of the fire station was 910 County Road, presently named North Main Street. Click to enlarge: 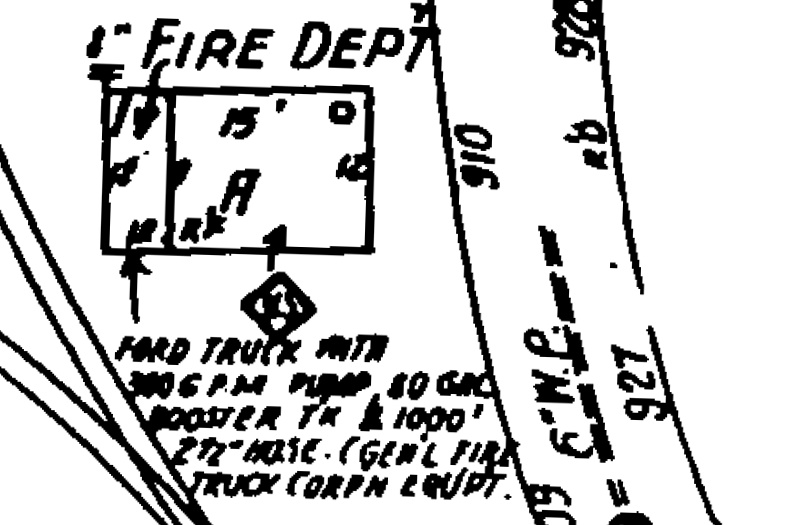 The building’s no longer there, but a nearby structure looks a bit like a former fire station. (Okay, maybe that’s a stretch.) This two-story section of the plant building has two former garage bays facing north. (Maybe, very maybe, a second location for the plant’s fire department?)

[ Negative, advised reader Gary Clayton in a comment on August 12, 2015. He wrote “I’m a Person County firefighter and this article may inspire me to do more research on this. I did talk to a 40 year employee of C&A who was there for part of the time the FD existed. He said that the FD building was always on the corner of the property as described and that the 2 story section pictured was not ever part of the FD.” ] 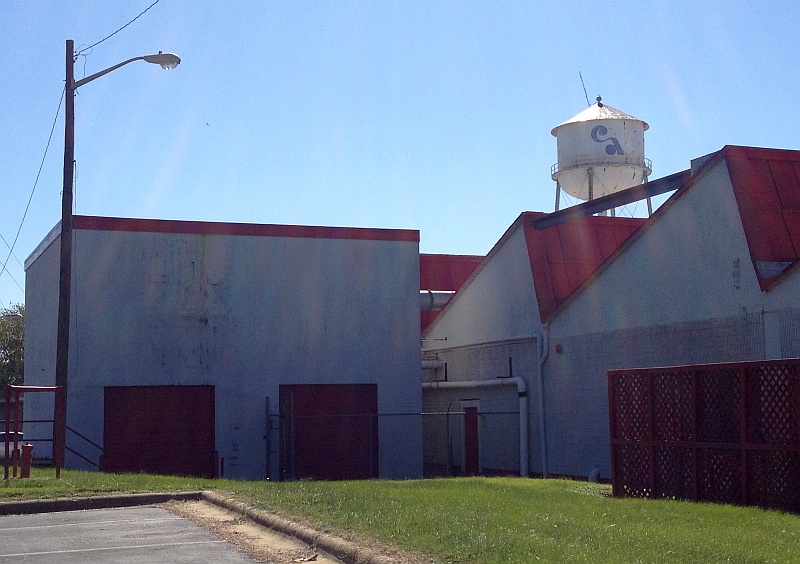 Here’s a side-by-side comparison of the 1943 map and a present-day aerial view. (Person County GIS is the source for the latter.) Click to enlarge: 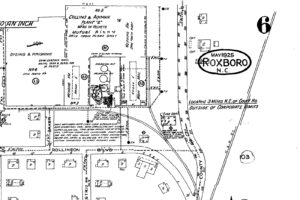 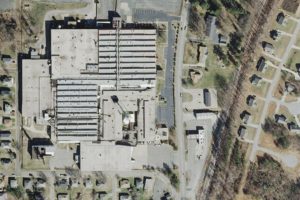 Perhaps readers can assist with more history about Ca-Val fire departments in both Person and Stanly counties.