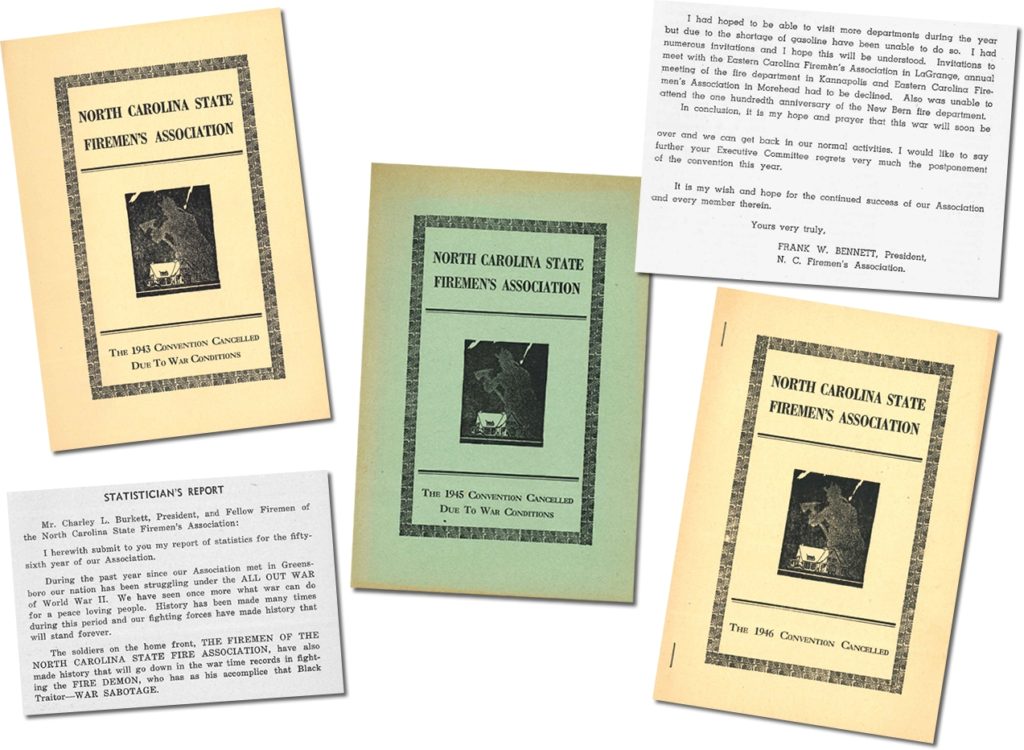 Three times before this year the North Carolina State Firefighters’ Association has cancelled their annual convention. Twice due to “war conditions” in 1943 and 1945, and again in 1946, due to restrictions on the availability of meeting places. The government had a very short list of approved groups for convention gatherings.

The Association printed and distributed annual reports in the booklet styles of the conference proceeding. They’re slim volumes but still interesting reading. New digitized versions have been added to https://legeros.com/history/ncsfa/proceedings/

Notably compelling are the Statistician reports from Albert Brinson from New Bern, who served for twenty-year years in that role. And if Brinson’s name looks familiar, that’s because he’s also the uncle of NCSFA Deputy Director and former Fire Chief Ed Brinson. (Hey Ed!)

Here’s a longer blog post about the cancellations, as well as tournament cancellations during World War I. Plus the one time the convention was bumped a month due to a polio outbreak. That was in 1944 in Charlotte. There’s also a digital version of the 1944 proceedings in the above library.

Here’s the short version of all NCSFA conference and tournament cancellations to date: