The Charlotte Rescue and First Aid Squad was a private corporation that was chartered in July 1947. They were one of the oldest in the state, preceded only by Winston-Salem Rescue Squad, chartered in February 1947.

What’s the later history of the organization? Good question! Maybe readers can help. 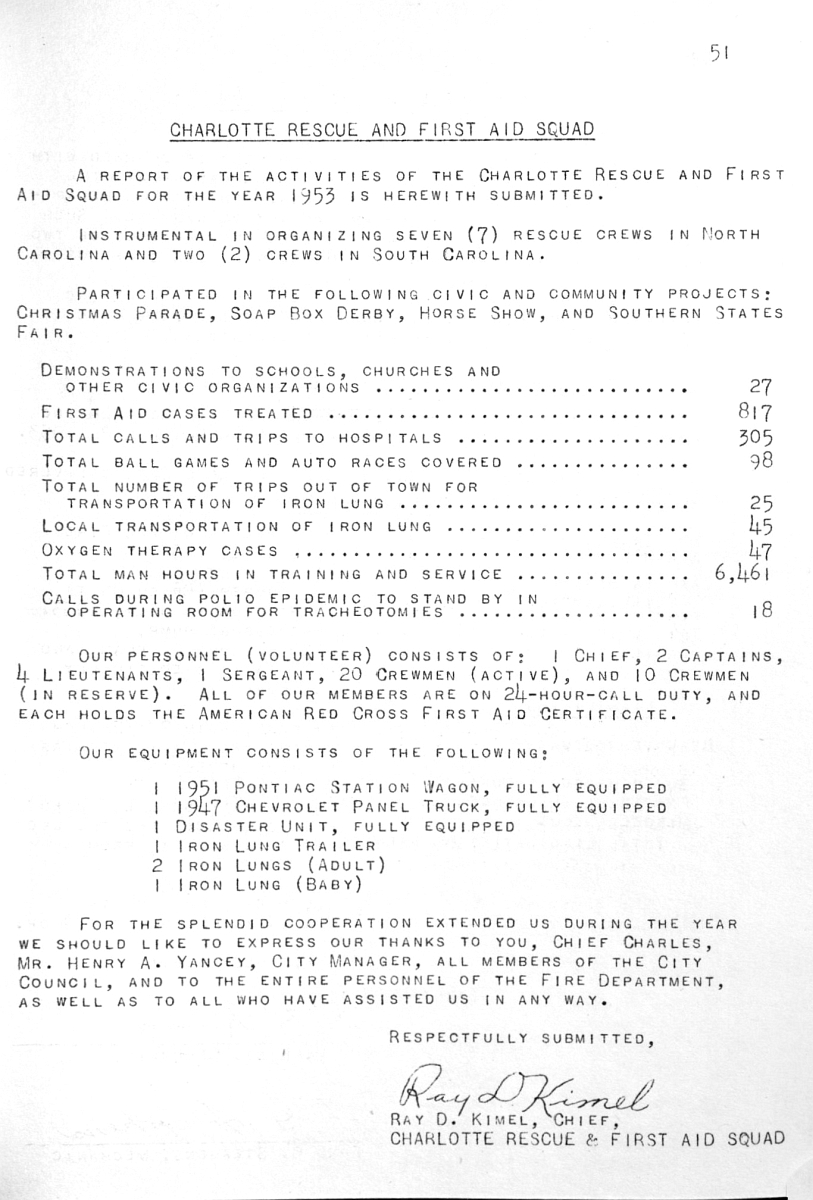