Here’s something interesting. Couple stories from 1874-75 suggesting that the Charlotte Fire Department’s famous 1866 Jeffers hand engine–see in recent years at special events statewide–was once named “Crazy Hannah.” The articles are attached below. See what you think.

CFD reacquired the engine on March 28, 2012. It was originally purchased by the city in 1866, and was their first pumping engine. It was built by the William Jeffers Company and served the city from 1866 to 1901.

More views of the engine, as photographed by Legeros in 2012 at the South Atlantic Fire Rescue Expo in this Flickr album. 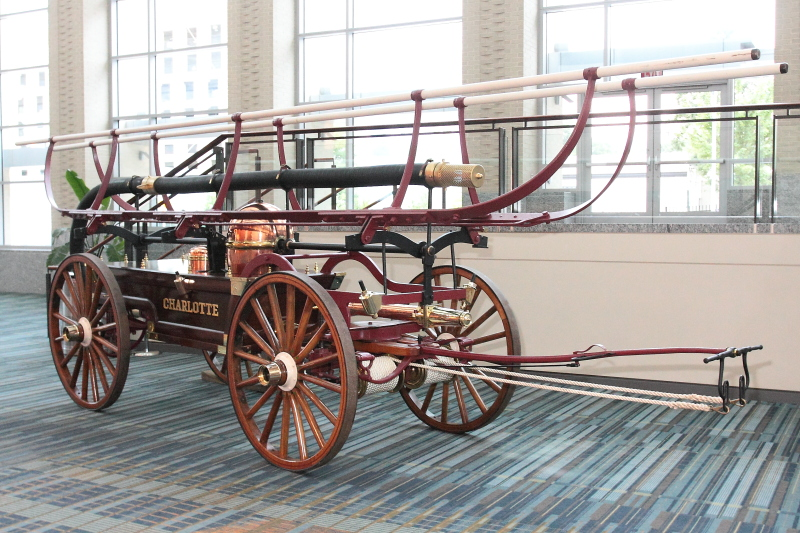 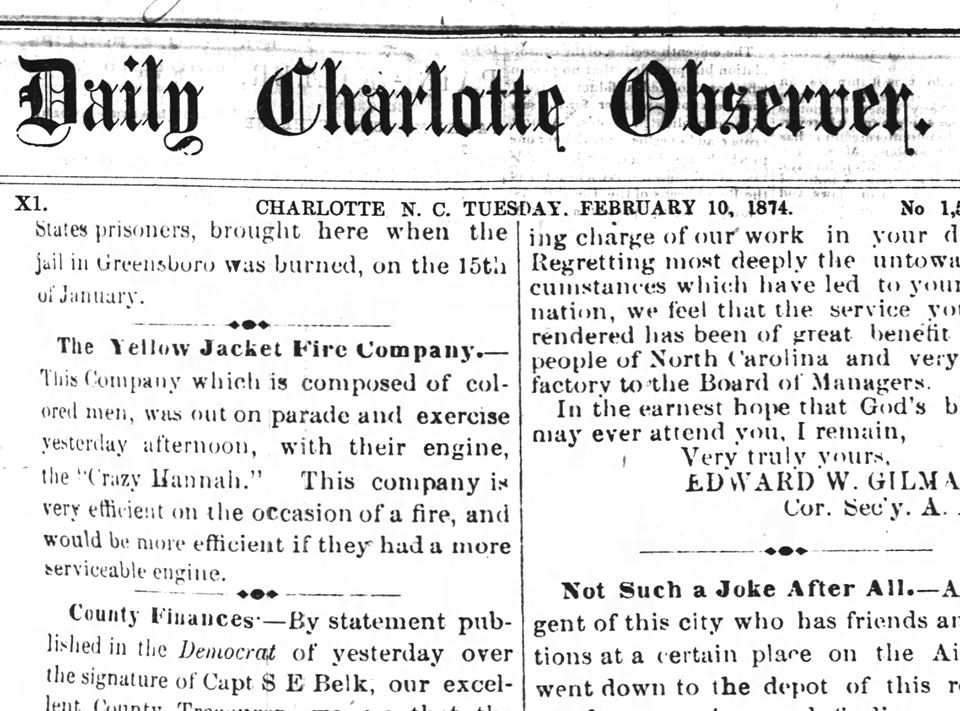 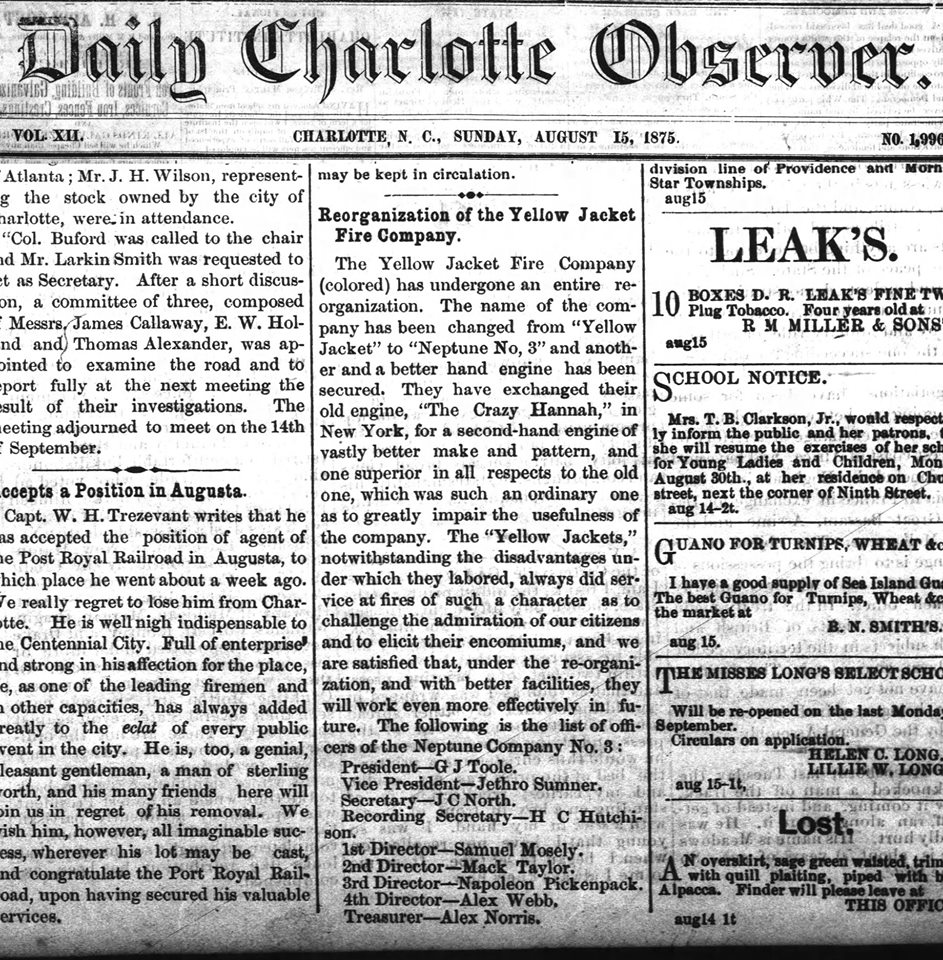 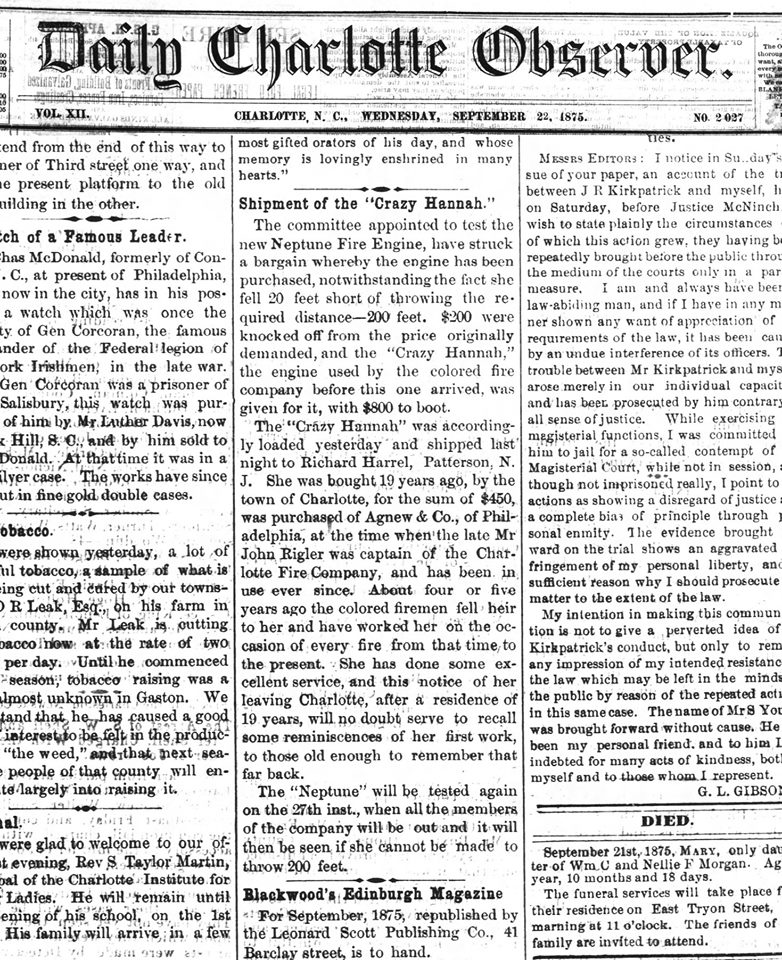