March 6
The Raleigh Public Record on Friday posted a story by James Borden, with a detailed look at the Fire Station 5 renovation project.

The $950,000 renovation was solicited for bids in January, and awarded to Engineered Construction in February, and permits issued by the end of the month. As the author notes, the city’s “certainly not wasting any time!”

Built in 1961, this is the second engine house at the corner of Oberlin Road and Park Drive. The original Station 5 was a two-story, single-bay structure that opened in 1926. It was located in the southeast corner of the station site. 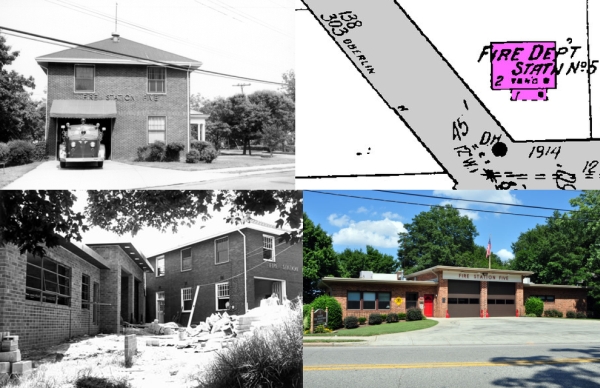 Construction should start in April, we’re told. Engine 5 will relocate to Station 6 for the duration of the project, which should be completed in six months. The companies will later swap locations, and Engine 6 will move to Station 5, for the rebuilding of Station 6, which is planned to start in 2017.

Here’s a summary of the renovations as noted in Borden’s story, from the original bid invitation:

What’s all-new in these specs? Security camera systems, which are a first for a Raleigh fire station.

The author also tracked down the plans for the project, as posted on the web site of Riggs Harrod Builders. [no longer available, as of March 10, 2016]. 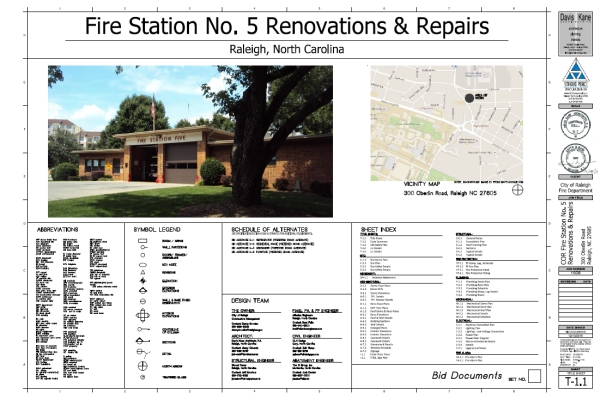 Here’s an annotated floor plan from myself. Yours Truly has intimate knowledge of Station 5, as he worked there on “A” platoon for a year-and-a-half, during his short stint as a Raleigh firefighter from 1989 to 1991. My “cube” was right under the buzzer. Click to enlarge: 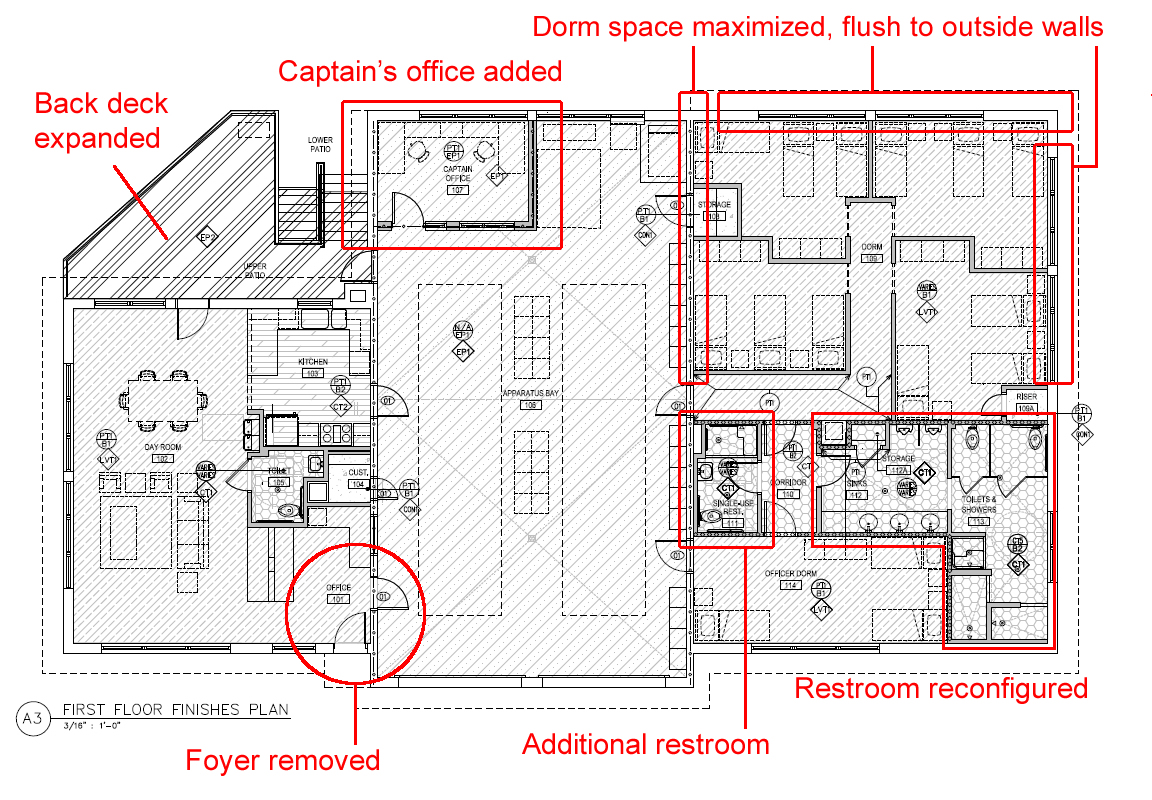 And here’s the existing floor plan, for comparison. Click to enlarge:

This is the first of a multi-year project to renovate numerous “legacy” fire stations in the city. The planned schedule appeared in the recently published Raleigh Fire Department 2015-2020 Strategic Plan (PDF):

How old are these fire stations? See this (outdated) fire station facility survey of mine. How about photos and histories? But of course. See my fire stations history page.