On December 21, the Durham Highway Fire Department changed the unit numbers of their apparatus. They’re now using a numbering scheme that’s based on their Wake County fire station numbers: 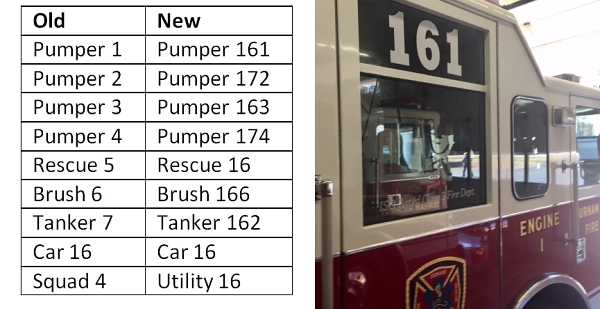 Durham Highway joins the following other Wake County fire departments, that also use that numbering scheme:

See this Carolinas Fire Page page, for a list of all Wake County fire station numbers. And here’s a Legeros Fire Blog Archives posting from 2008, where unit numbers were discussed, in the context of Wake Forest changing same. Was a topic frequently infrequently discussed on the old blog.

The numbering system originated in 1971, as a creation of the Wake County Fireman’s Association. Here’s a draft document from that period. Click to enlarge: 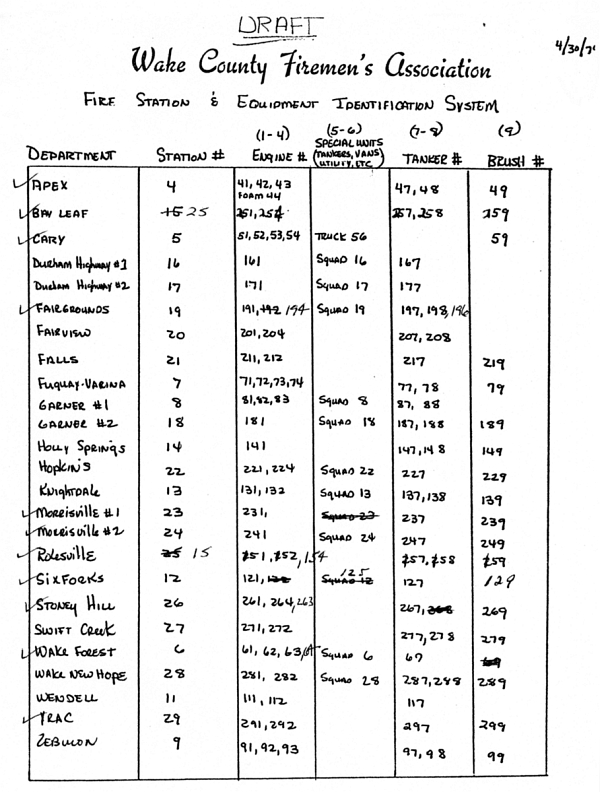