End of an era. Cary Area EMS ceased responding to 911 calls in Wake County yesterday, April 1, 2021, wrapping 17,758 days of service after answering their first call on August 18, 1972. (But stay tuned, as they’re planning to retool as a new educational non-profit.)

The “community rescue squad” was formed in September 1971, and after an incident that summer where a boy struck by a furniture truck died after waiting forty-five minutes for an ambulance to arrive from Raleigh.

The steering committee included members of Cary FD and Yrac FD, and presented their ideas to Town Council in October of that year. Instead of a service affiliated with a particular fire department, they formed a private, non-profit corporation, with fifteen charter members.

They started with first aid classes for squad members, creating an advisory board of local leaders, and their first fund drive, to raise money for an ambulance, a rescue truck, and a down payment on a squad.

And so they began, providing decades of service to the community and with so many great, dedicated people.

Among their many milestones: first squad in state to “make general use of pagers” (1972), first ambulance built by Murphy Body Works in Wilson (1973), first Hurst tool in Wake County (1974), first of three volunteer squads in county with paramedics (1986), first nationally accredited volunteer squad (1999).

Below are some historical images of Cary EMS over the years and decades, see more on the History of EMS in Wake County photo page.

Read Mike’s research notes on the early history of Cary EMS at https://www.legeros.com/history/ems.

Effective April 1, 2021, Wake County EMS took over the primary response area of Cary EMS. On/by May 4, they will take over the response area of Eastern Wake EMS. They’re also hiring employees of both agencies. On that date, WCEMS will become the sole EMS provider in the county.

In their heyday, there were as many as nine community rescue squads serving in Wake County. From Apex to Fuquay to Rolesville to Zebulon. Fine legacy of service from all. 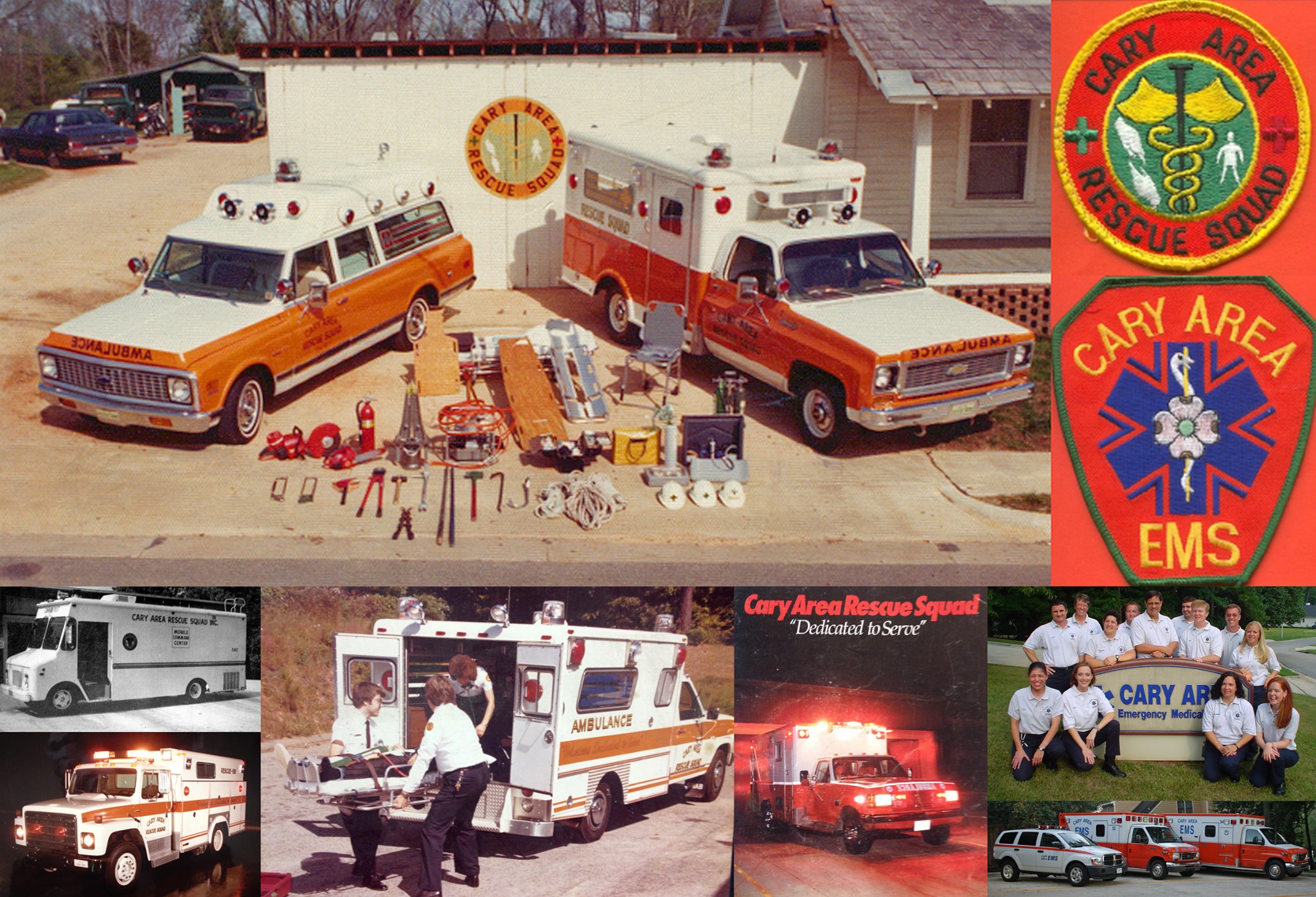