Note: This page is a placeholder for current and future updates about the proposed concept of closing Fairview Fire Station 2.

Local legislation has been introduced to the North Carolina General Assembly, to remove the Fairview (Ten Ten) Fire District from the governance and jurisdiction of Wake County. It was introduced on November 28 by Representative Nelson Dollar. Read blog post.

See this document for minutes from the Wake County Fire Commission meetings on July 19 and August 16, which included presentations and discussions about the proposal.

Rebuttal to Allegations of Propaganda

Fairview Fire Department Rebuttal To The Allegations of Spreading Propaganda During the Fire Commission Meeting on August 16, 2018

It is very important to us that our citizens, the Fire Commission and others involved in the discussions about the proposal to close Fairview Sta. 2 know we have been truthful. Please see the links below to Fairview’s rebuttal to allegations of spreading propaganda. The first link is to the letter sent out to the Fire Commission, Wake County Commissioners and Wake County Fire Chiefs. The links following that are for documents referenced in the letter.

The Wake County Fire Commission held a work session last night. Though no voting was done, members reached a consensus decision to take the station closure proposal “off of the table.”

Also, Fairview FD made this annotated version of the Q&A document, originally included in the work session agenda pack.

The Wake County Fire Commission will continue their discussion, and continue receiving information, about the proposed closure concept.

See meeting documents (PDF), from this blog post about the meeting.

On Thursday, August 9, the Fairview Fire Department held a community meeting, to present information and answer questions about the proposed future closure of Fairview Station 2.

The web site citizensforfairviewfd.org has posted both slides and audio from the meeting. They’ve been downloaded and copied here: 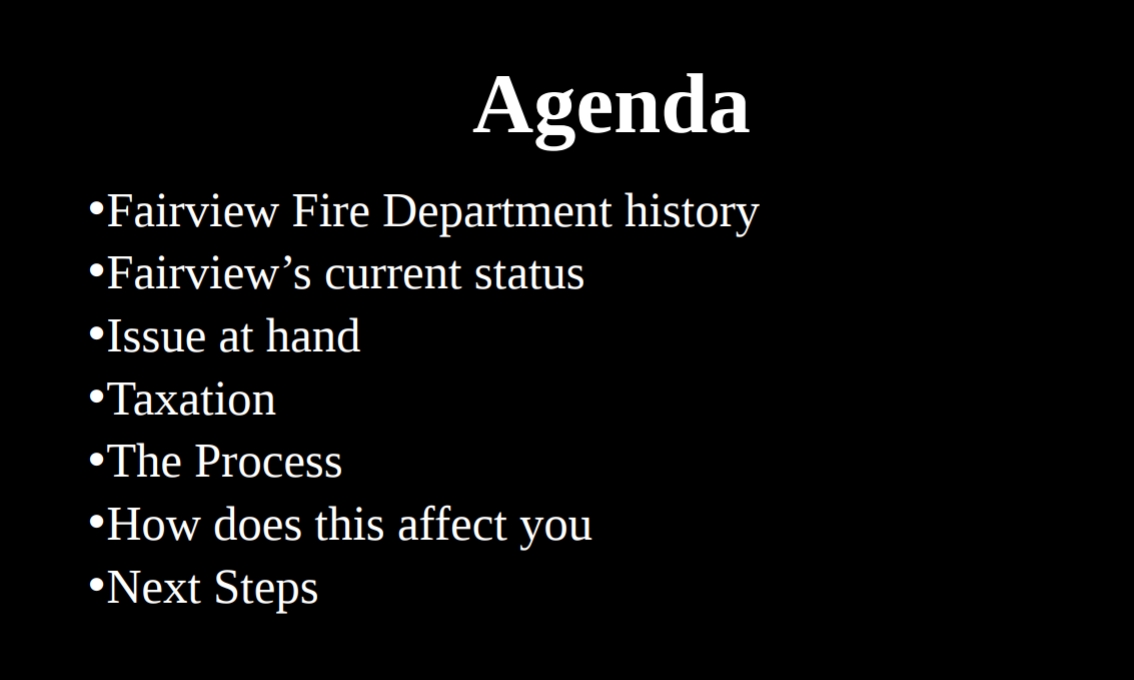 The proposed concept of closing Fairview Station 2 in a future year, after opening a new Garner fire station, was publicly presented at the July 19, 2018, meeting of the Wake County Fire Commission.

Read a summary in this earlier blog post about that meeting, which includes copies of slides that were presented, a handout provided by a concerned citizen, and an audio recording of the meeting. 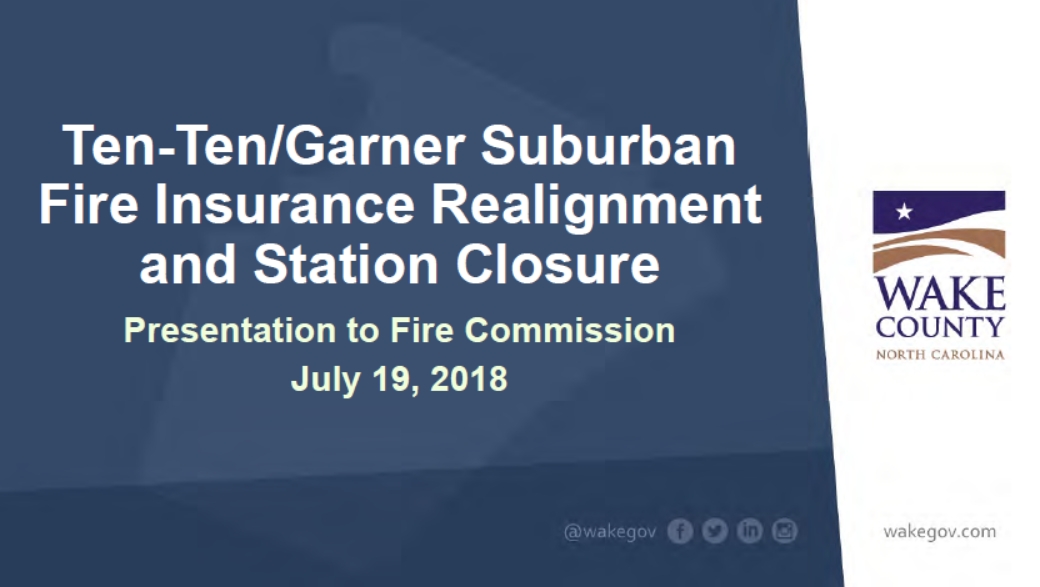