Note: See this Facebook posting for comments and discussion about this blog posting.

On August 1, 1979, the Nahunta Volunteer Fire Department in Wayne County became the first rural fire department in both North Carolina and the nation to receive a municipal fire insurance rating, because of a pioneering rural water supply system that used mutual aid tankers and portable dump tanks to provide a sustained and consistent flow of water for firefighting.

As recounted in the Goldsboro News-Argus on February 26, 1980, the department’s rating of “Municipal Class 8” was “traditionally reserved for fire departments in cities and towns with fixed water supplies, fire hydrants, police forces, and other reserves not found in reserve areas.”

The department’s new rating took effect on August 1. Then on December 1, neighboring Polly Watson Volunteer Fire Department became the second to win the rating. (The county’s other rural departments were “working for it,” added the story.”) PWVFD was instrumental in NVFD’s rating, as the “fast-dump” water supply system relied on the participation of tankers from neighboring rural departments.

Residential property owners in the Nahunta fire district could expect reductions on fire insurance rates from 14 to 25 percent, cited the story. The department previously held a 9AA rating, which all twenty-eight of the county departments held.

NVFD had 32 men and one station with three bays and fourth being added. Their rolling stock consisted of two pumpers, one tanker, one brush truck with a deluge nozzle, and one trailer with a cascade system. 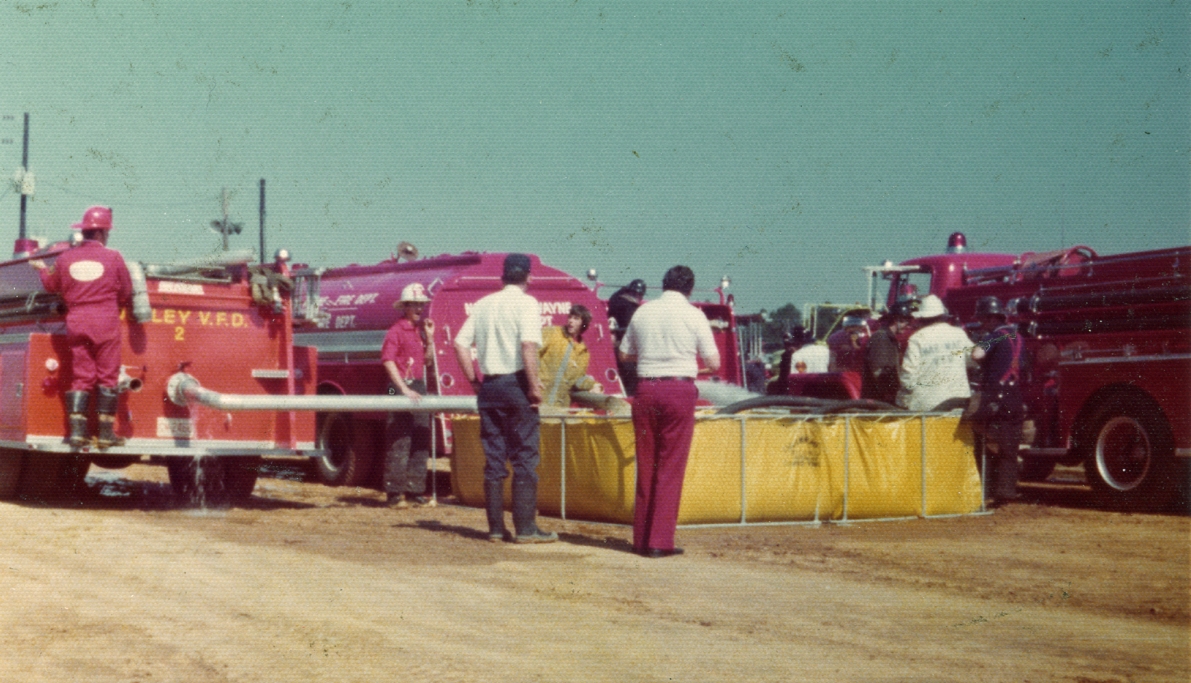 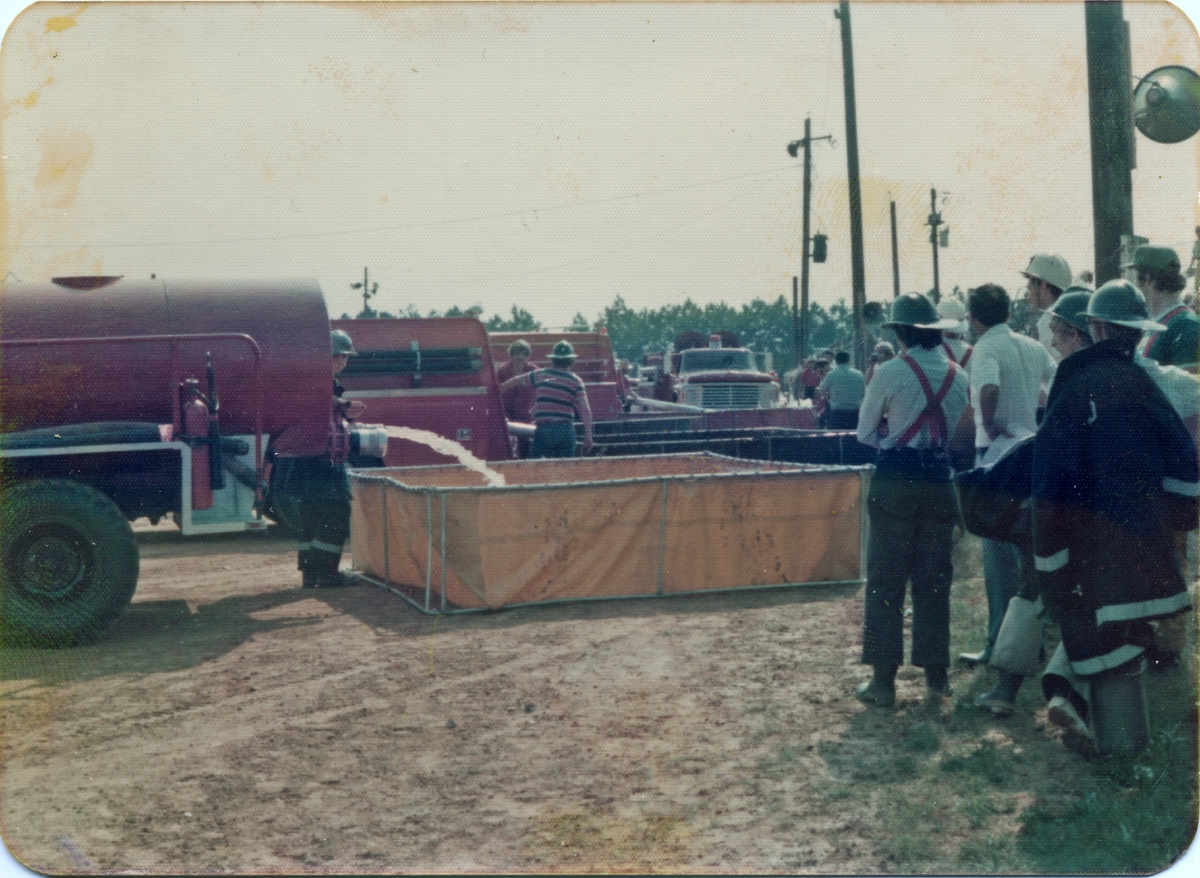 Photos circa 1979. Courtesy of Jay Howell

Work started about seven years earlier in Wayne County to develop a “fast dump” water supply system, after Wayne County firemen attended a conference [likely FDIC] in Memphis, TN, and heard about the idea as conceived by an Iowa fireman. [Believe it was developed in the late 1960s. Still looking for specific citations.]

County Fire Marshal Carl Ray Coley said in a Goldsboro News-Argus story in July 19, 1979, that Nahunta was picked “as a pilot department for the new rating” because it was “completely rural” and had “none of the improvements such as fire hydrants” that some of the county’s other rural departments had.

Training on the “fast dump” system had been conducted for years prior. The Mount Olive Tribune on October 19, 1976, featured a photo of a Wayne County Fire School that drew “hundreds of firemen throughout North Carolina, South Carolina, and Virginia.”

The two-day event was held at the county fairgrounds over the prior weekend. During the demonstration, the participating fire units “dumped 2,500 gallons of water per minute.” Water was hauled from Legion Lake on US 117, south of Goldsboro, and dumped into “portable reservoirs” at the scene, reported the Goldsboro News-Argus on October 18. Classroom sessions were also held were also held at the event, which the News-Argus called the “Statewide Water Supply School.” 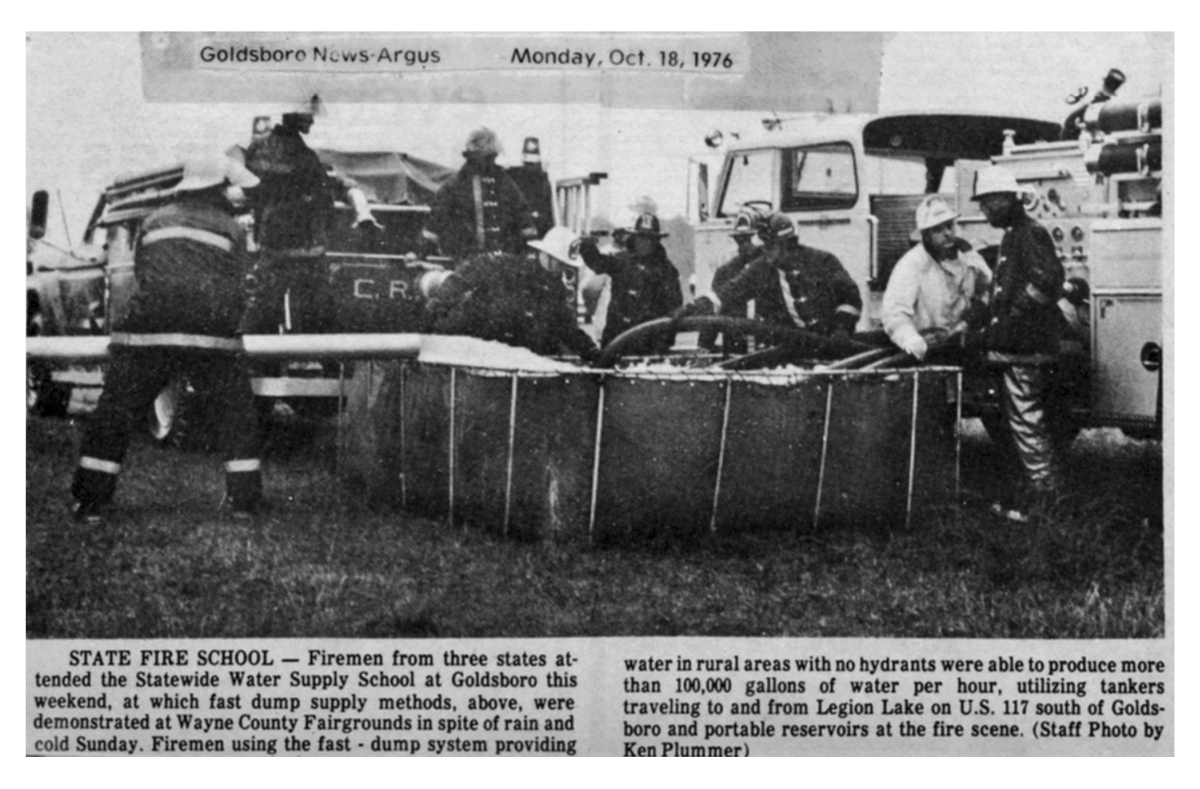 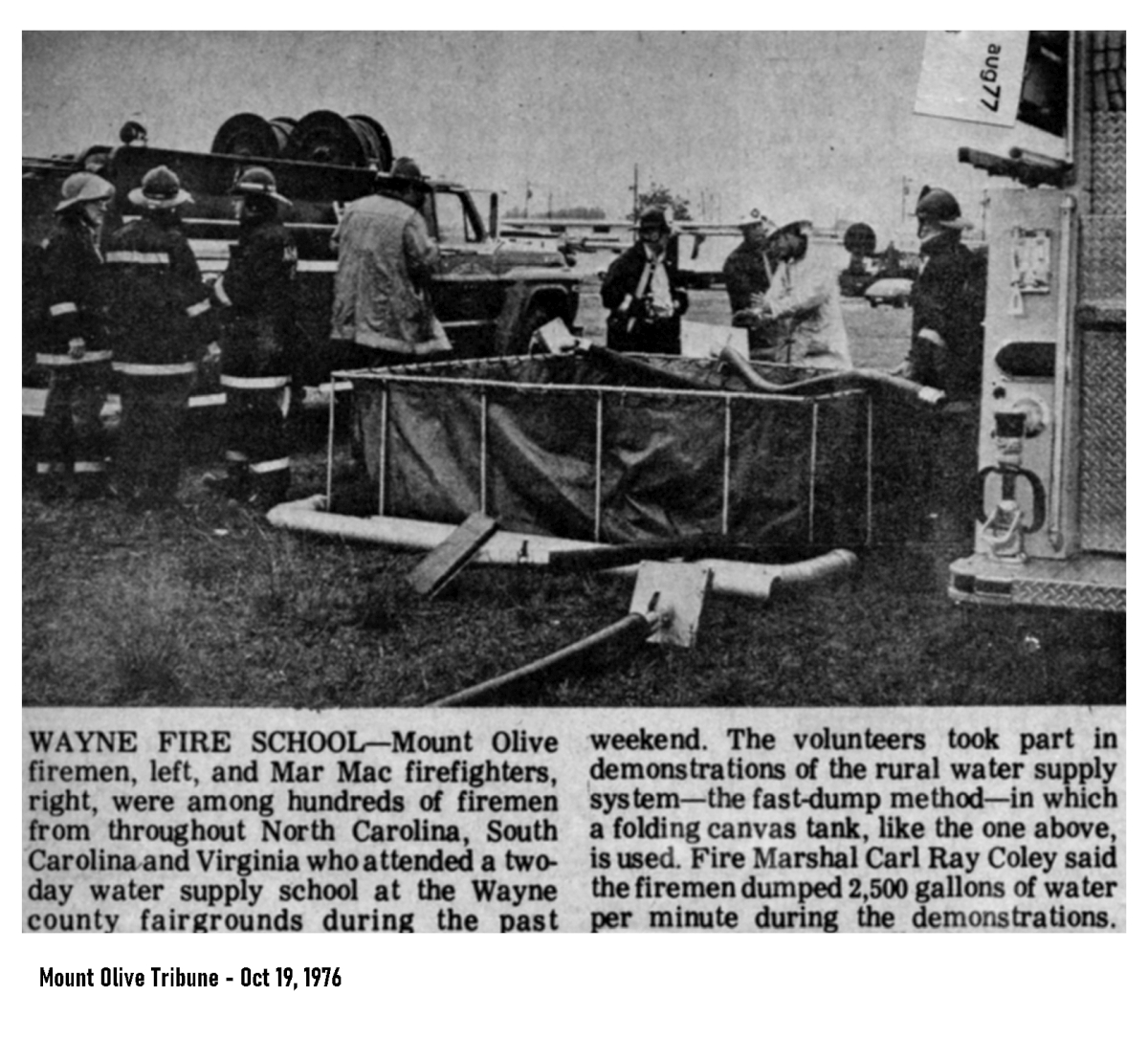 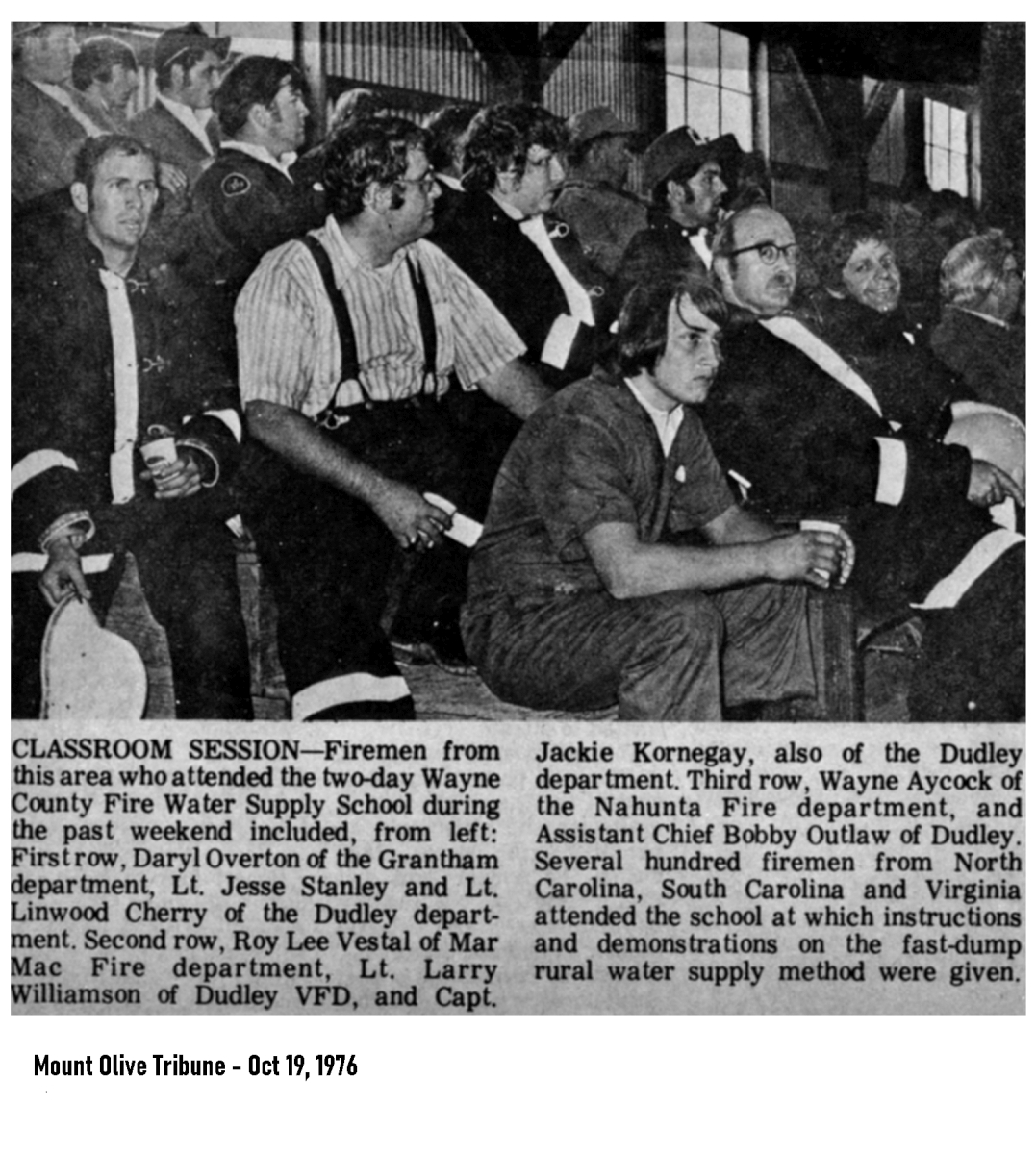 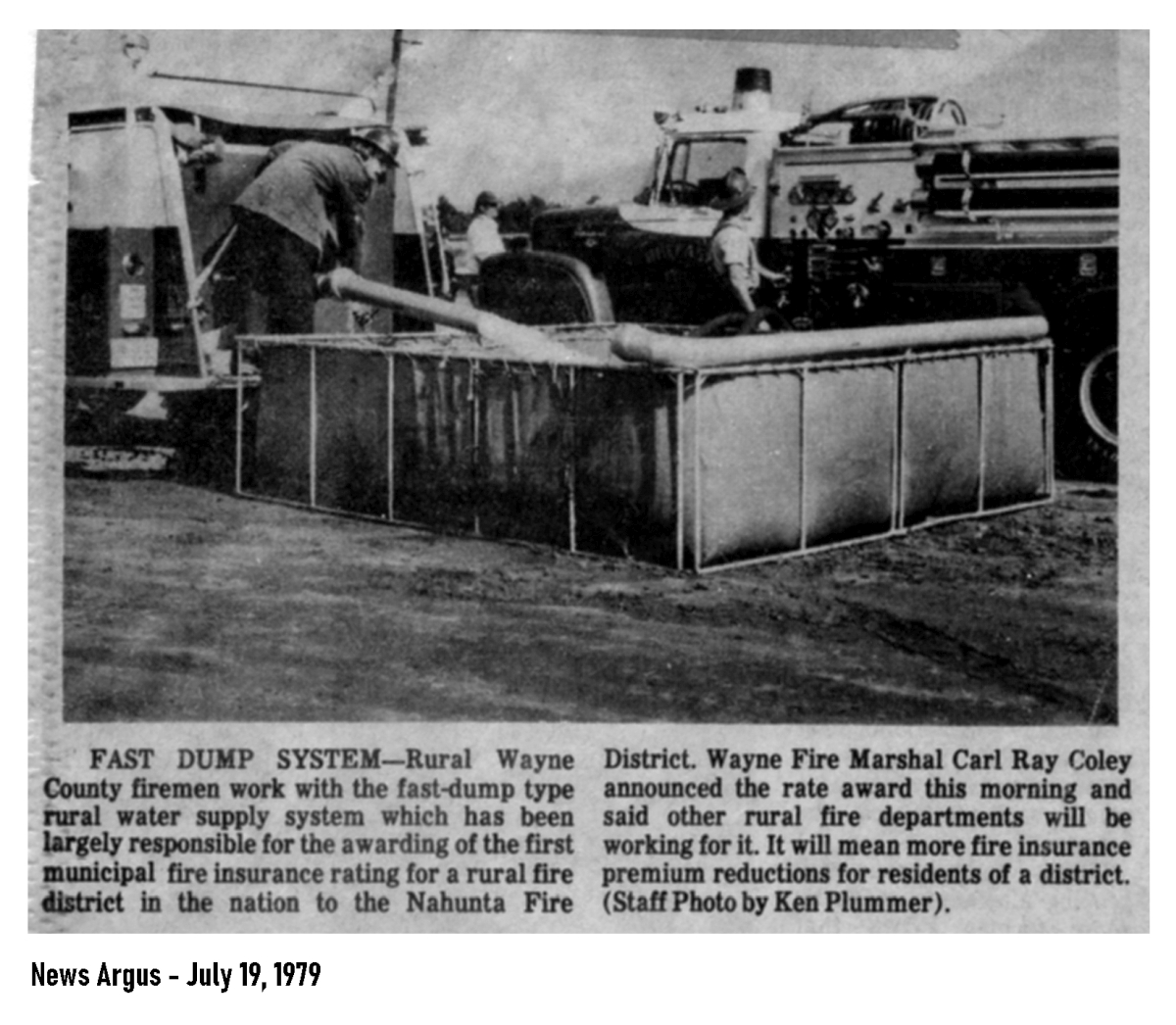 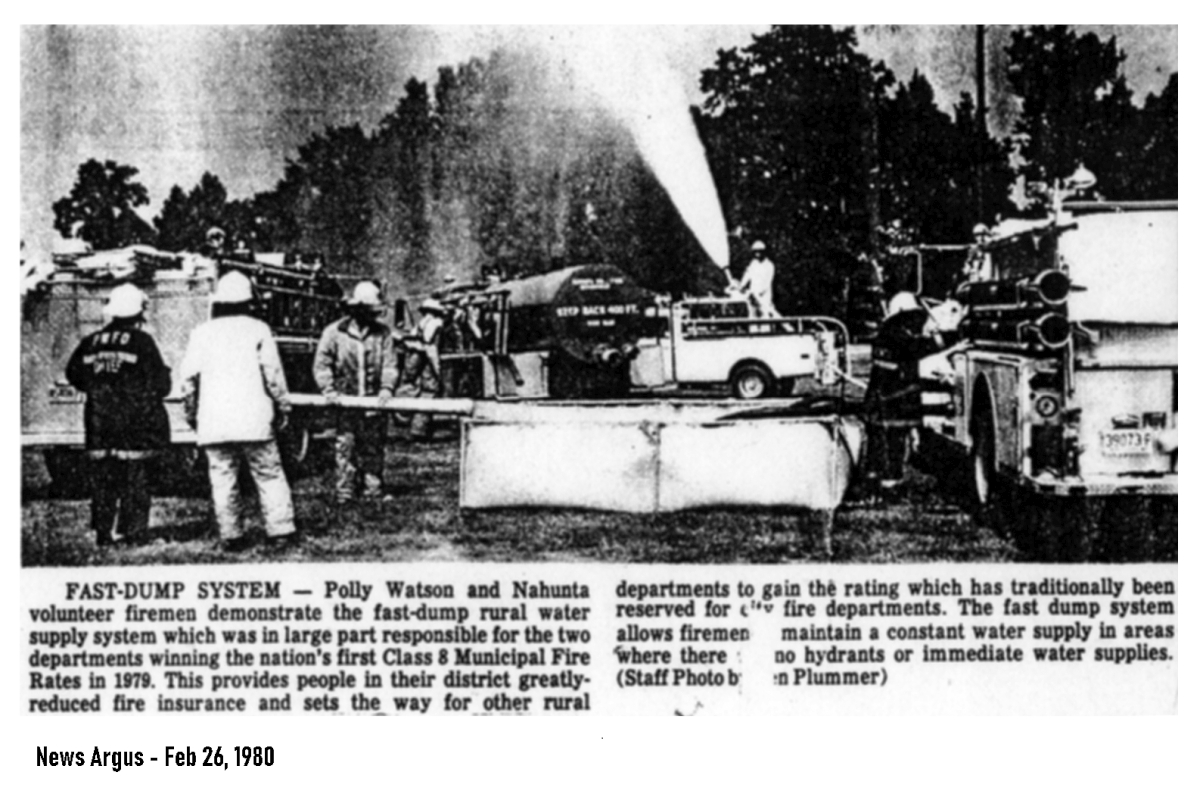 Shared at the State Convention

This news of Nahunta’s rating was announced at the 1979 conference of the North Carolina State Firemen’s Association in Asheville, which was held from July 30 to August 2. Remarks made at the event, as recounted in the printed proceedings, noted that through the department didn’t have a hydrant within about seven or eight miles of their district, but still received a “Municipal Class 8” rating by the Insurance Services Office.

The rating was based on the “Fast Dump System,” as they called it. And it was something that had been in the works for about eleven years. Nahunta’s Fire Chief Jay Howell took a nod during the announcement. County Fire Marshal Carl Ray Coley’s efforts were also cited.

To share the knowledge, an evening meeting was held at the conference, for any department members to attend and ask questions about how ISO determined rating, and how other departments might qualify in the future.

The state fire commissioner’s office (as one speaker called it) also assisted in the process, and noted that Nahunta was also the first rural fire district in the nation to receive such a rating, for the “fast dump system.” The state fire and rescue office “recommended and trained with” the department until the water supply system was approved. And they noted they’re working with other departments in the state, for use in their areas.

One colorful description of the process was “its just like having a big wash tub near the fire scene where the water supply from that fire district can be tanked in and dumped [in].”

By the time of the 1980 annual meeting of the NCSFA, rural departments in Alamance, Cumberland, Guilford, and Wake counties had also received municipal ratings, as was announced at the conference.

The Nahunta Fire Department was organized after a meeting on February 12, 1958, by Nahunta Farmers Club members who wanted fire protection for their area. They became one of the earliest rural fire departments in Wayne County, and organized with two stations: No. 1 at Nahunta and No. 2 on Gurley Dairy Road.

They elected officers and a board of directors. The department collected monies from the communities, beginning with a minimum of $5 per tobacco barn. They also solicited donations.

Station 1 was located just behind Nahunta School on a donated site, shown on left below. Construction started in 1959 on a cement block building measuring 30 by 40 feet. The first apparatus was a Army surplus International truck bought in 1958 for $150 and converted into a pumper. A similar truck was purchased for Station 2.

The Wayne County tax department provide a donation of around $200 in 1959. Other funds came from fundraisers ranging from turkey shoots to fish stews. Car identification tags were sold and a go-cart was raffled.

In November 1962, three sets of protective personal equipment were ordered for each of the two stations. Later, each fireman paid one-half of the cost of their gear, and the department paid the other.

On Thanksgiving of 1961, construction started on Station 2. The cement block building coast $1800 and was erected by local firemen, which the exception of the cement laying. The 0.3 acre lot was donated.

Until 1964, bi-monthly meetings alternated between both buildings. They then recognized the need for having faster response times, and covering areas beyond the four-mile limit. Thus the two stations were divided, and began operating under separate charters. Equipment was divided between the two stations. 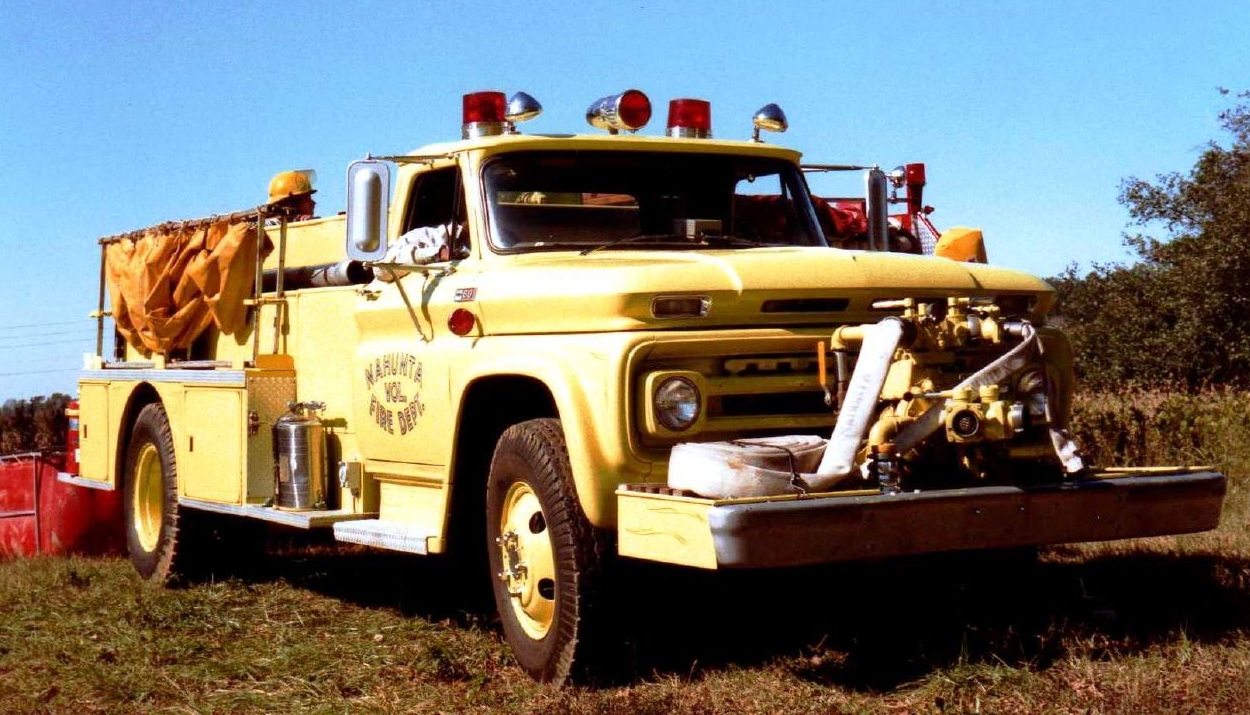 Both departments are still operating.