The Garner Fire Department yesterday received their new Engine 1, a 2016 Pierce Impel pumper-tanker 1250/1000. It will replace a 2012 Pierce Saber pumper-tanker. By my count, this is their sixteenth Pierce fire engine, since the delivery of a 1984 Pierce Dash pumper 1000/700.

The new engine is the fourth of four Pierce Impel pumper tankers recently purchased by Wake County, as part of apparatus and vehicle replacements for this fiscal year (which ends on June 30). The other three were delivered in November to Stony Hill, Wake New Hope, and Wendell. See Blog Archives posting.

Photographer Lee Wilson has been following the progress of Garner’s engine, beginning with its arrival at Atlantic Emergency Services’ Pierce service center in Fayetteville last week. See his photos. 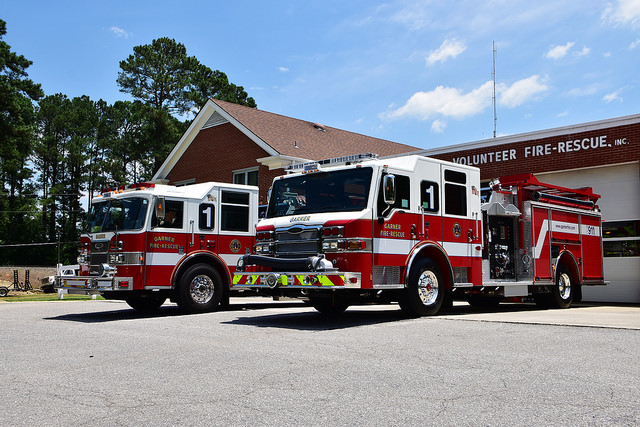