This is a blog version of an earlier Facebook posting.

Research alert. New findings about 1840s and 1850s hand engines in Edenton, Greenville, Greensboro (posted earlier), and Raleigh. The clippings (3 of 4) are from “Baltimore Builders of Fire Apparatus, 1823-1964” by the Fire Museum of Maryland, second edition, researched and written by Stephen Heaver, and published in 2012. It’s available on their web site.

Greensboro, NC – Received a William Simpson suction engine named General Greene in July 1849. Had a 5 1/2-inch cylinder, rode on springs, and was painted blue with wheels of purple, blue, gold, and white. Threw a stream 170 feet. See prior posting on Facebook.

Raleigh, NC – Was shipped a John Rodgers & Sons suction engine in/around March 1853, plus a hose carriage. Had 7-inch cylinders. From Legeros research, two new engines were received in Raleigh that year, named the Excelsior and the Rescue. The fire companies then took their names from those engines. Presumably both were built by Simpson. Source from Legeros 1850s timeline.

Built engines from 1823 to 1859. Had locations on N. High Street. Built at least 57 pieces of fire apparatus, mostly pumping engines and hose carts.

For more about both of these builders, order your copy of the FMOM book on Baltimore apparatus builders. Highly recommended! 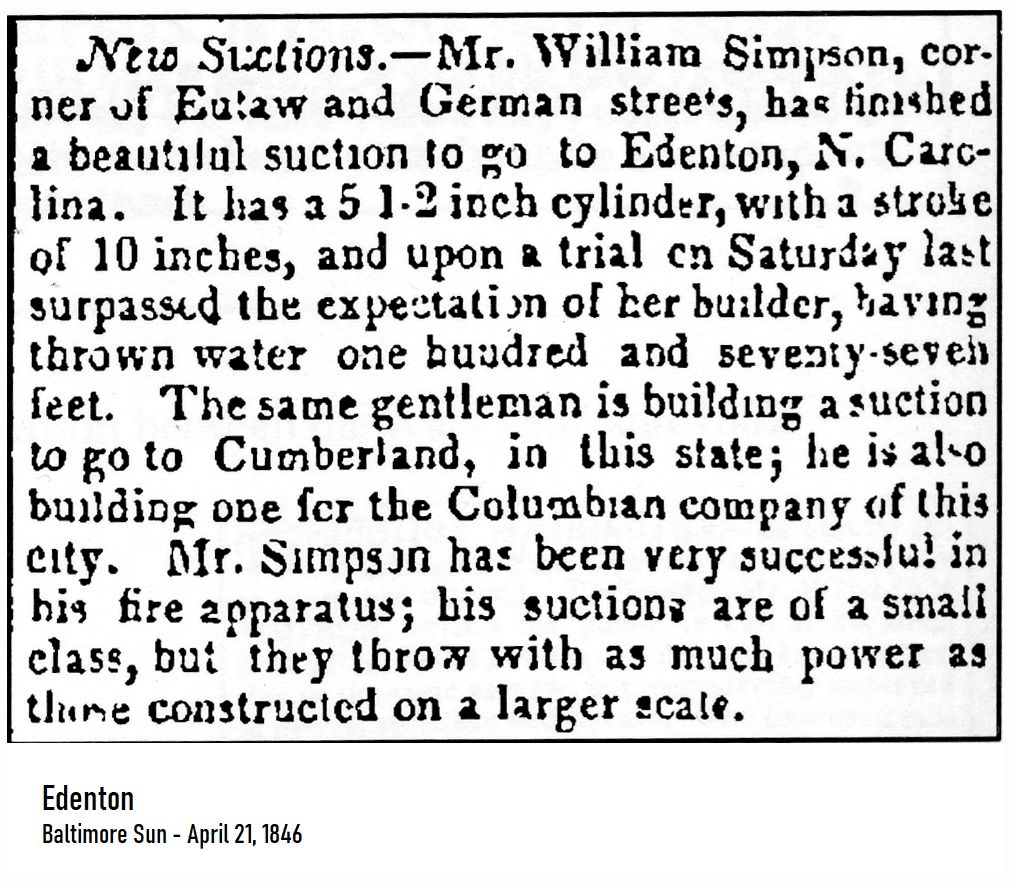 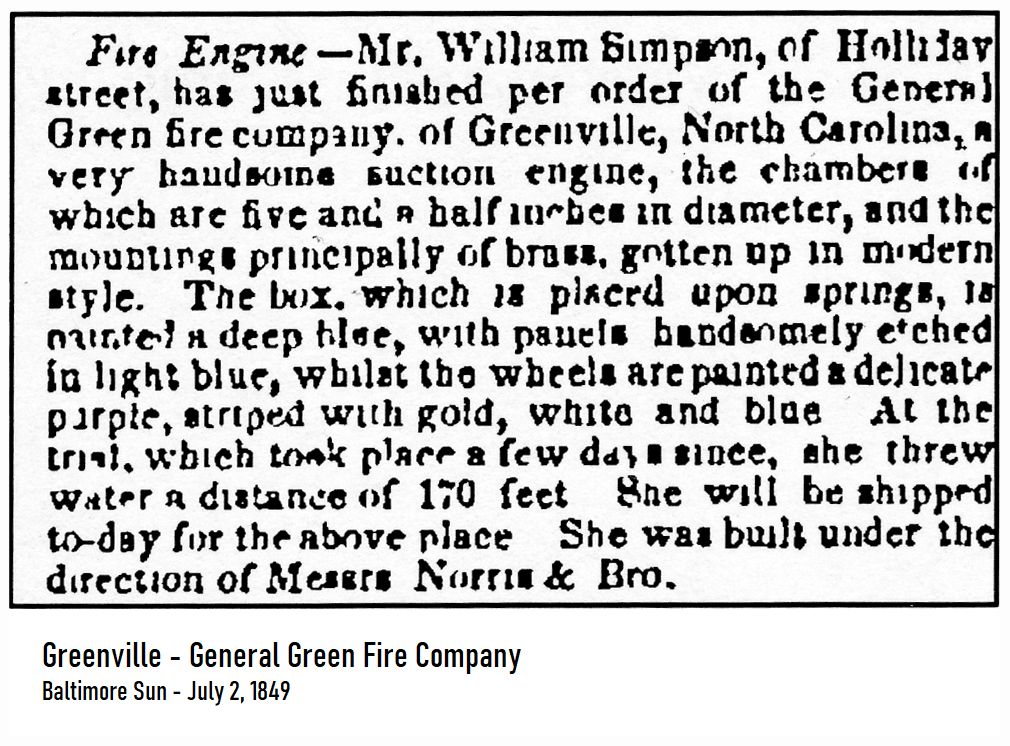 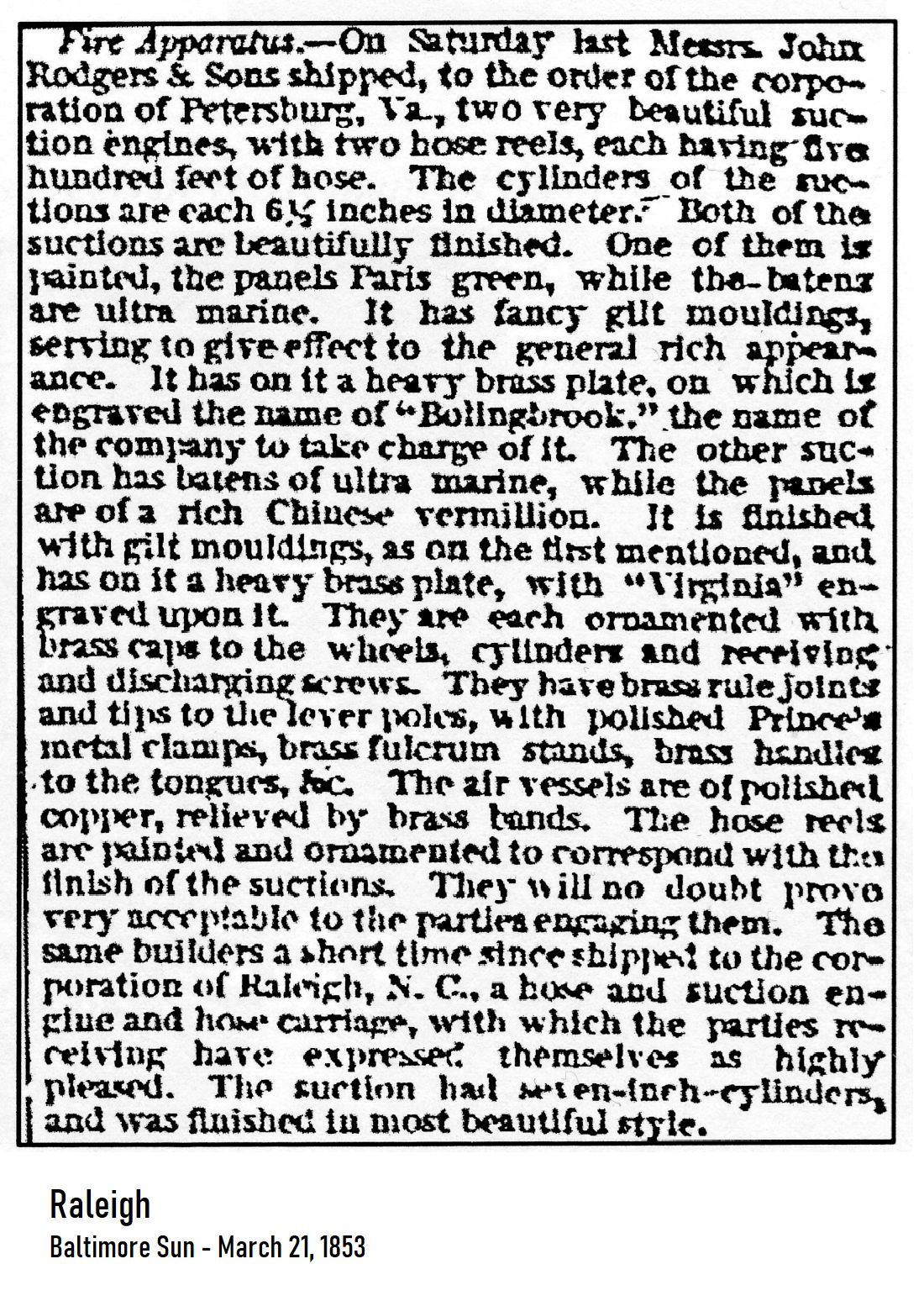 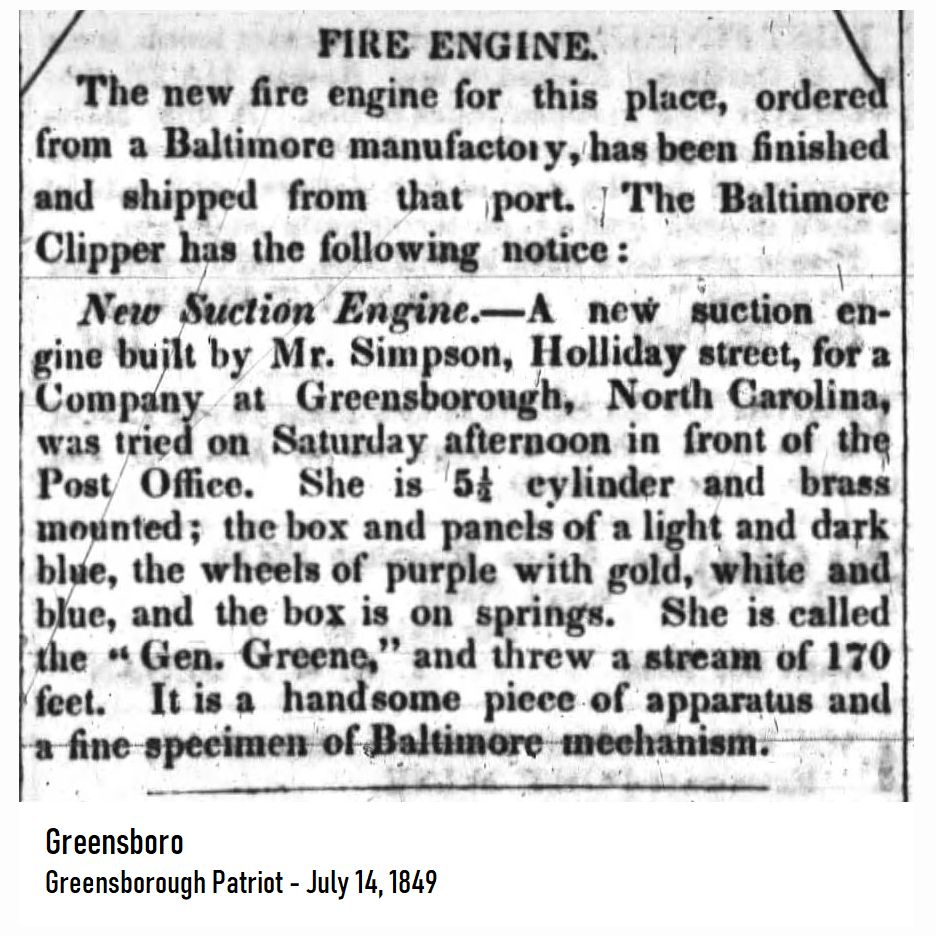 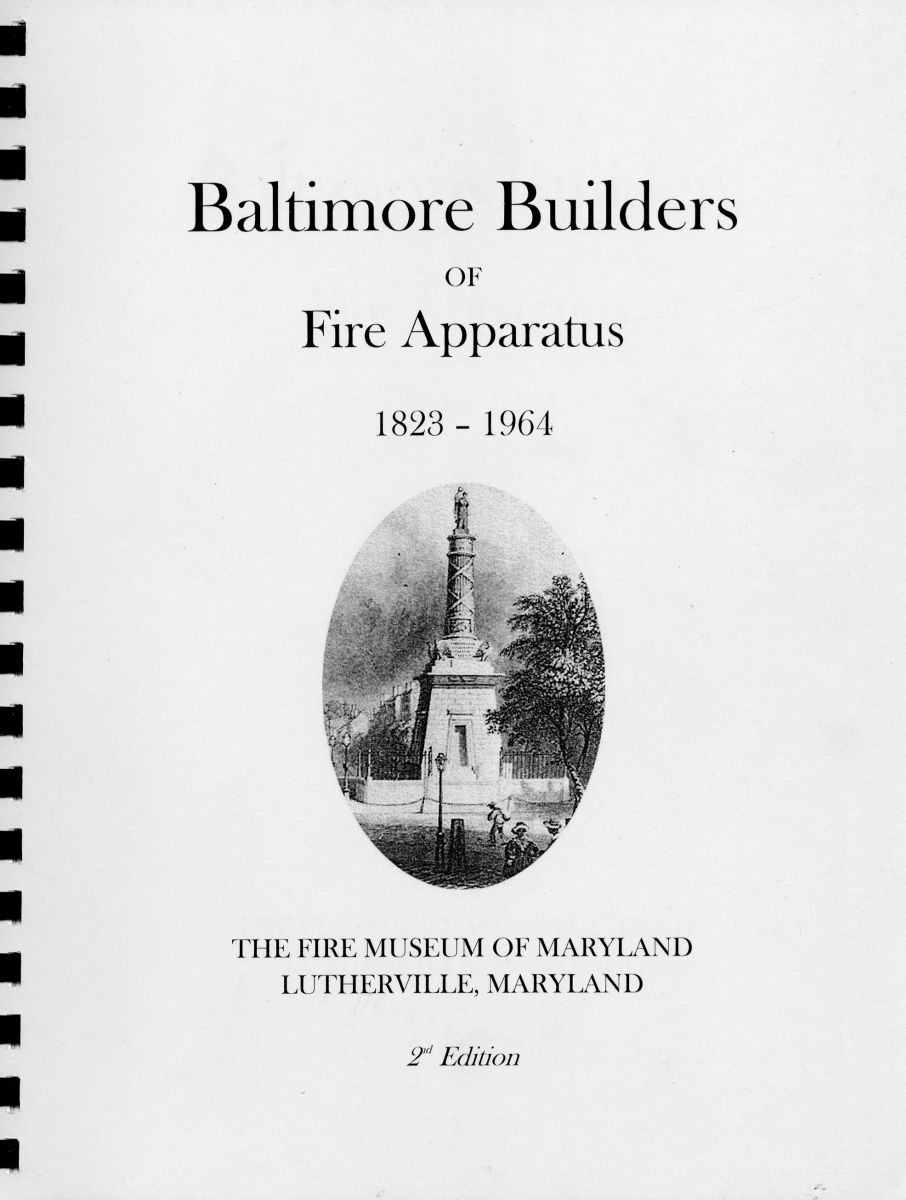