We’ve been solving a history mystery this month over in the private SPAAMFAA group on Facebook, in a posting about the origins of Salem’s surviving circa 1850’s hand engine. Here’s a photo from Old Salem Museum and Gardens, where the engine sits in storage. See more photos. 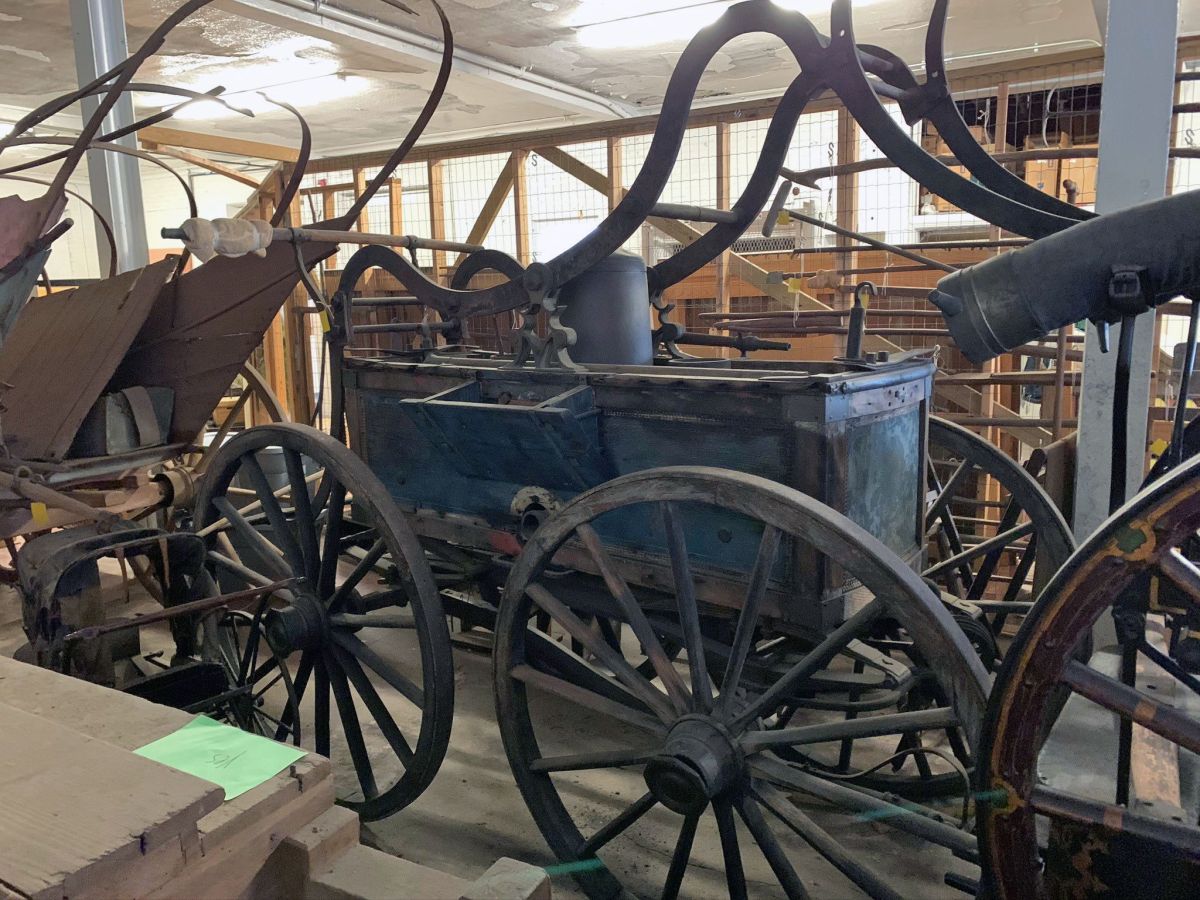 We entered the fray with this knowledge, from an 1893 anniversary history of SFD: 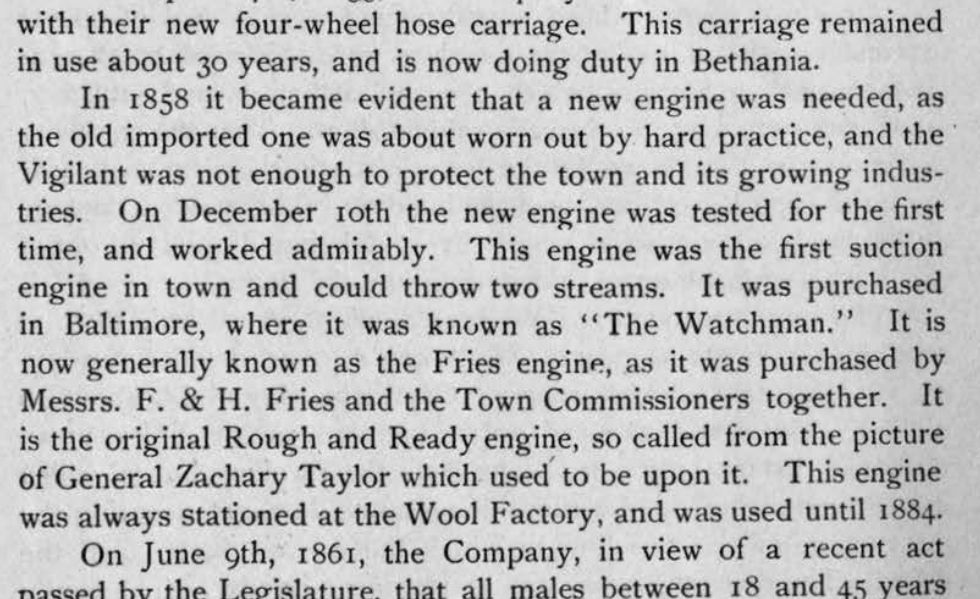 The origin of the engine:

It’s delivery and use: 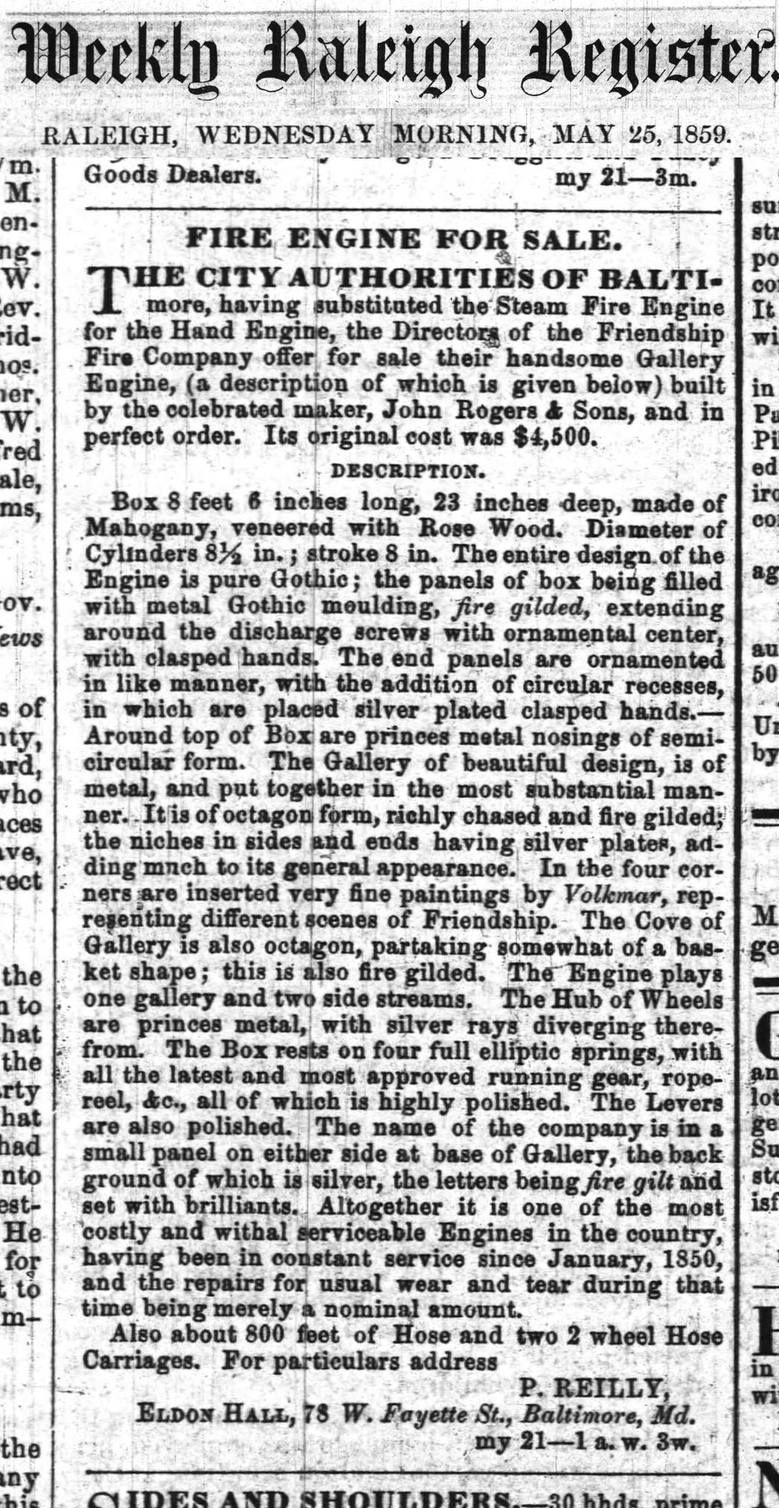