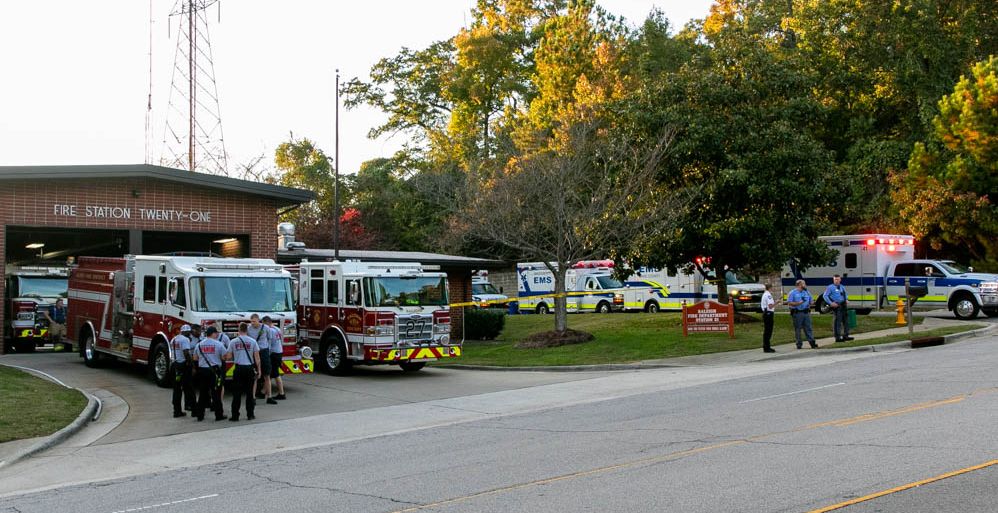 The incident was initiated at approximately 5:09 p.m., with a call for service reporting multiple shots fired in the vicinity of the golf course in the Hedingham neighborhood in east Raleigh. At or about 5:12 p.m., the first calls were received reporting the discovery of two shooting victims in the 5300 block of Sahalee Way. They were subsequently identified as Marcille Gardner and Nicole Conners. Shortly after those calls, another shooting victim was discovered in the 6000 block of Osprey Cove Drive. He was subsequently identified as off-duty Raleigh Police Officer Gabriel Torres. Subsequent 911 callers reported finding victims on Sahalee Way near Castle Pines Drive, and along the Neuse River Greenway Trail just east of the residential area. They were later identified as Mary Marshall and Susan Karnatz.

First-arriving units were initially directed to stage at Raleigh Fire Station 21, which became the dedicated staging area and fire/EMS command post. Some units were later deployed as EMS task forces, to other staging locations, including the intersection of Old Milburnie Road and New Bern Avenue. Law enforcement command was located outside the Aldi grocery store at the northeast corner of New Bern Avenue and North Rogers Lane, and officers also staged at locations including near Beaverdam Elementary School near Old Milburnie Road.

The incident spanned many square miles of residential and rural areas, including the Neuse Greenway Trail. Numerous road closures were enacted, including a section of Interstate 540.

In addition to the aforementioned victims, a 16 year-old male victim was discovered deceased inside a residence in the 2200 block of Castle Pines Drive, a couple hours into the incident. Also, Raleigh Police Officer Casey Clark suffered a gunshot wound, while officers were attempting to search two outbuildings near McConnell Oliver Drive.

Will be updated in the future, as additional information is released. 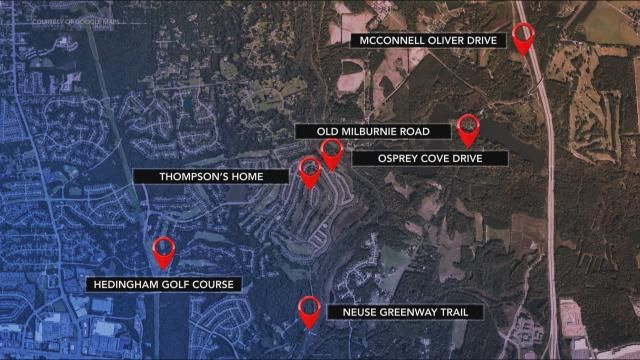 Here’s a timeline of events and with emphasis on fire and EMS activities. Will be updated as further information is released.