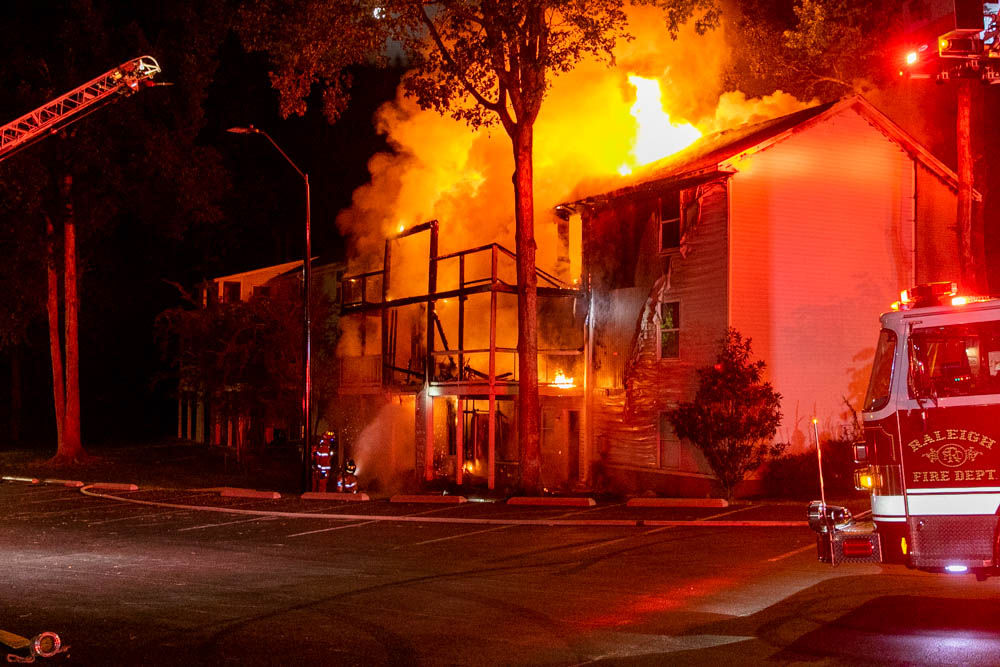 Two alarms were struck at 6101 Shanda Drive on Sunday, October 9. Dispatched at 5:01 a.m. as an automatic fire alarm for Engine 15 and Ladder 15. Upgraded to structure fire response, while units were en route. Engine 15 was first-arriving with heavy fire from the rear of three-story, garden-style apartment building with 5,062 square-feet. Built 1982. Fire also showing through the roof.

Second alarm struck within minutes. First hand lines to rear of the structure, as crews began attacking the fire, and evacuating and rescuing residents. Exterior attack on both sides of the structure, plus interior work. Crews breached walls to help contain the fire.

Three aerials were deployed (Ladder 15 on reserve, Ladder 4, Ladder 23) and three hydrants were caught on Shanda Drive. Engine 19 boosted pressure from the hydrant farthest from the scene. Plus brief aerial operations by Ladder 15, in the rear of the building. Battalion 5 in command.

Controlled 6:17 a.m. Fifteen people were displaced. Three residents were injured, one was transported. Extended overhaul, with relief companies to scene at shift change.

Medical branch with District 4 and  Medic 93. Staging officer Medic 94. Two Medical Intervention Teams deployed, one in front, one in rear of structure.