This is a blog version of a Facebook posting created on November 14, 2022.

Holiday Island Fire Brigade, created in 1984 to protect the resort community in Perquimans County. The community was located some four miles outside of the nearby Bethel VFD district. Organized in July 1984, it protected about 250 residential structures and 106 permanent families, along with some 300 camping units in campground areas.

The brigade started with twelve volunteers operating a one-ton 1979 Chevy pick-up with skid-mounted fire equipment included a 250 gallon tank, 150 feet of 1 1/2-inch hose, and 200 feet of booster hose. In July 1986, they added a 1961 American LaFrance Series 900 [?] pumper, 1000 GPM. By that time, the brigade had been operating for two years and were hoping to “become certified” in the near future. They also had just purchased one air pack.

By early January 1988, a public safety building was erected, and first housed the fire equipment. In August 1988, the building was dedicated. It housed offices for both the fire chief and security chief. Readers, then what happened? 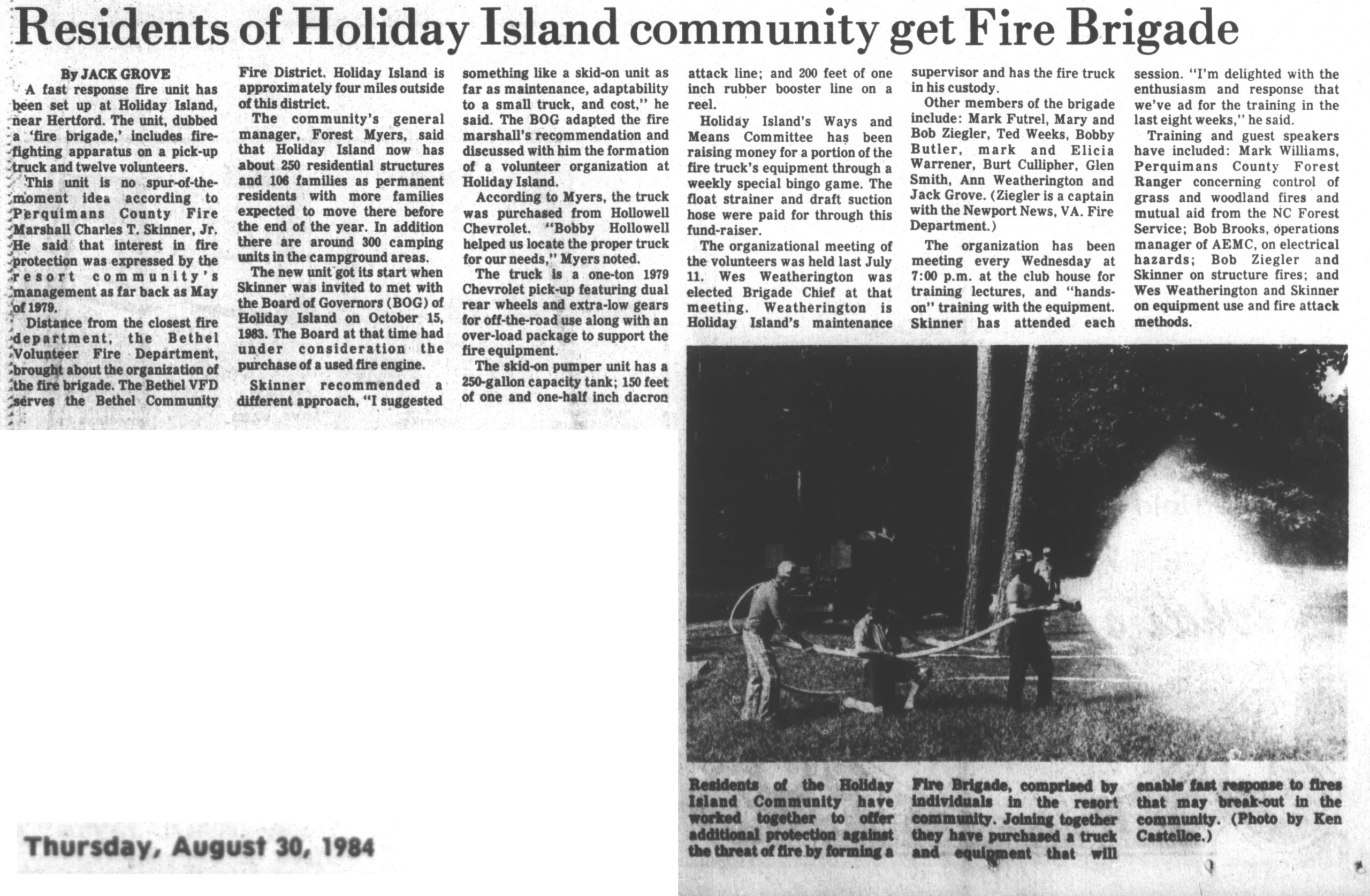 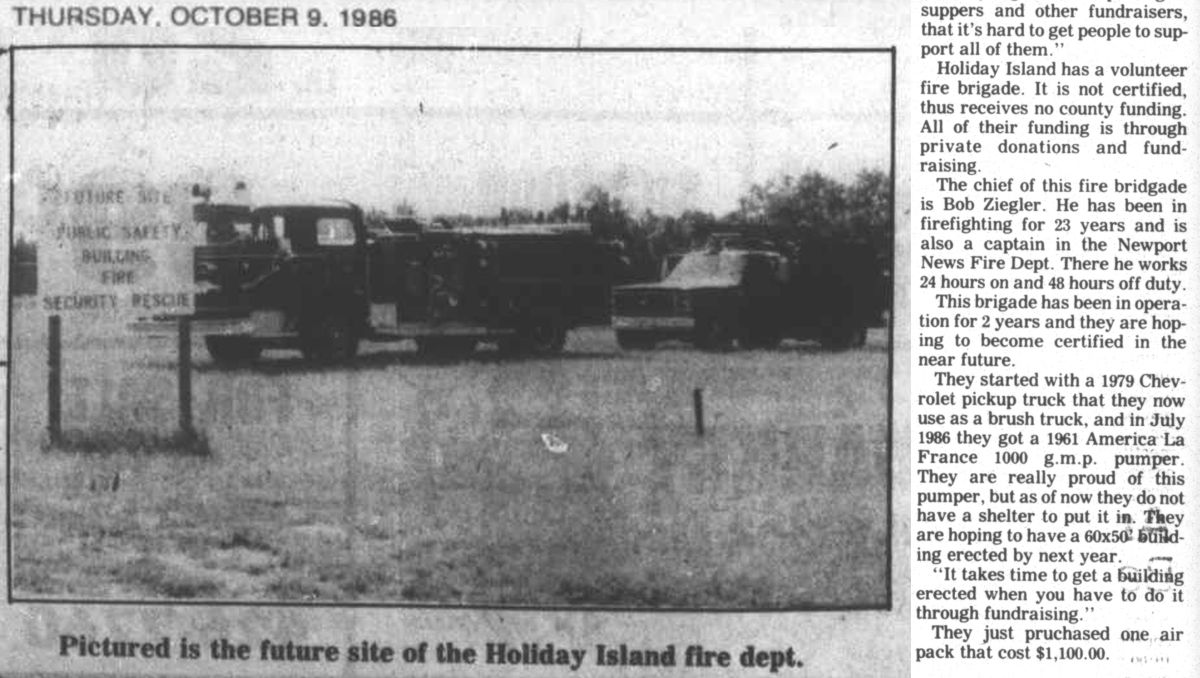 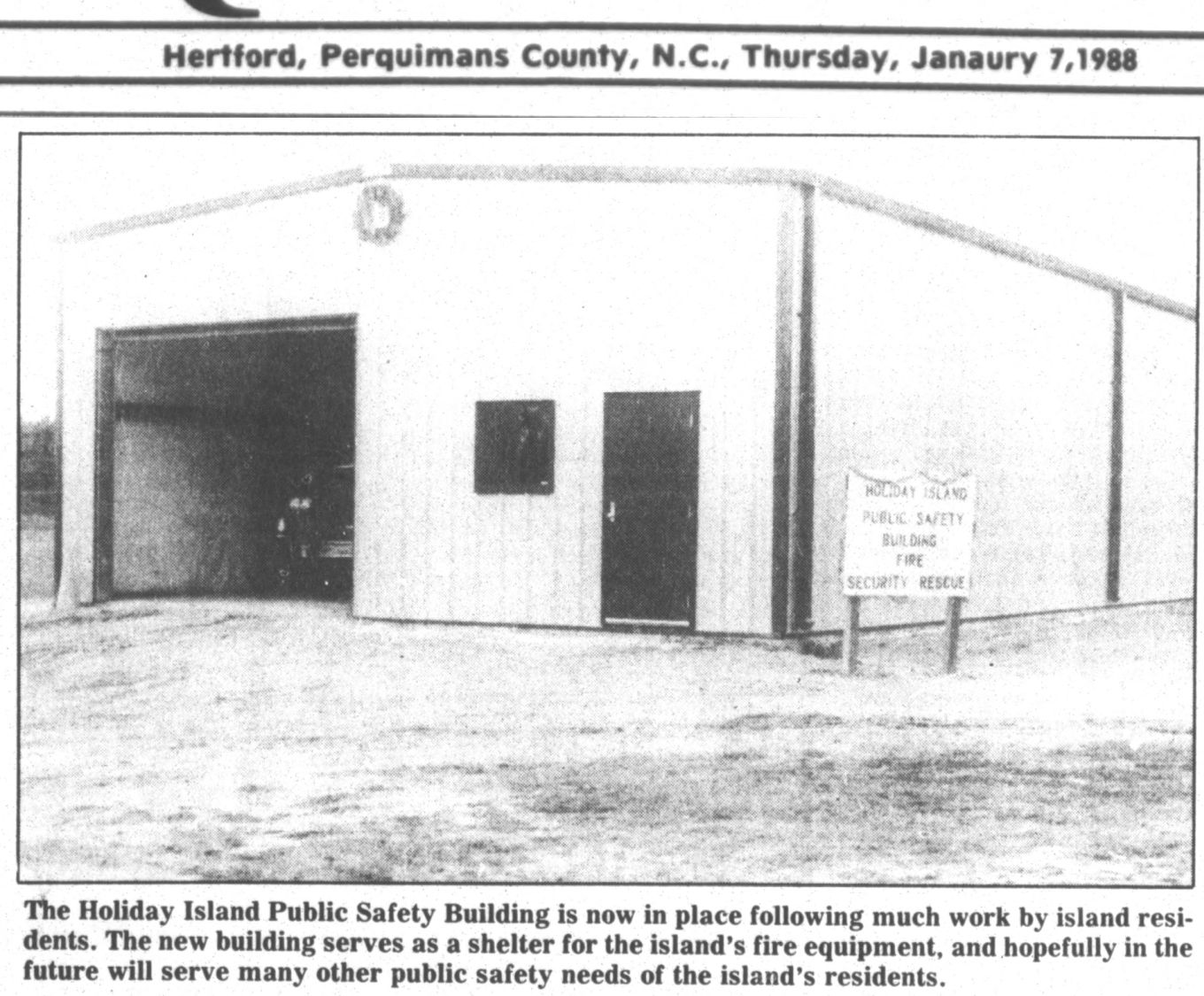 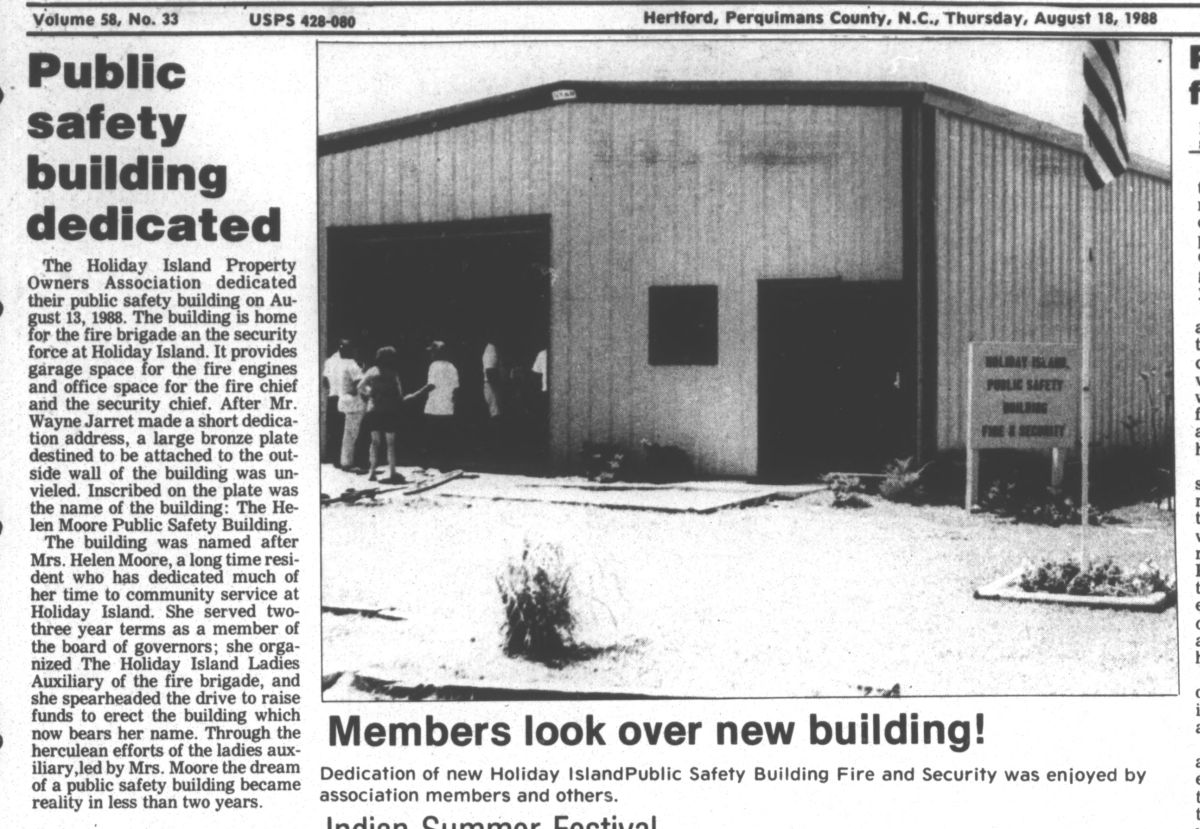