The story’s been long-told that Fayetteville received a hand engine from Boston in 1832, in the year following the great fire of May 29, 1831.

But get this, it was donated by the Boston Fire Department and bought with “voluntary subscription of its members.”

From the Fayetteville Observer on May 22, 1832, the engine had arrived on a ship at Wilmington, and was expected that day or the next. Click to enlarge: 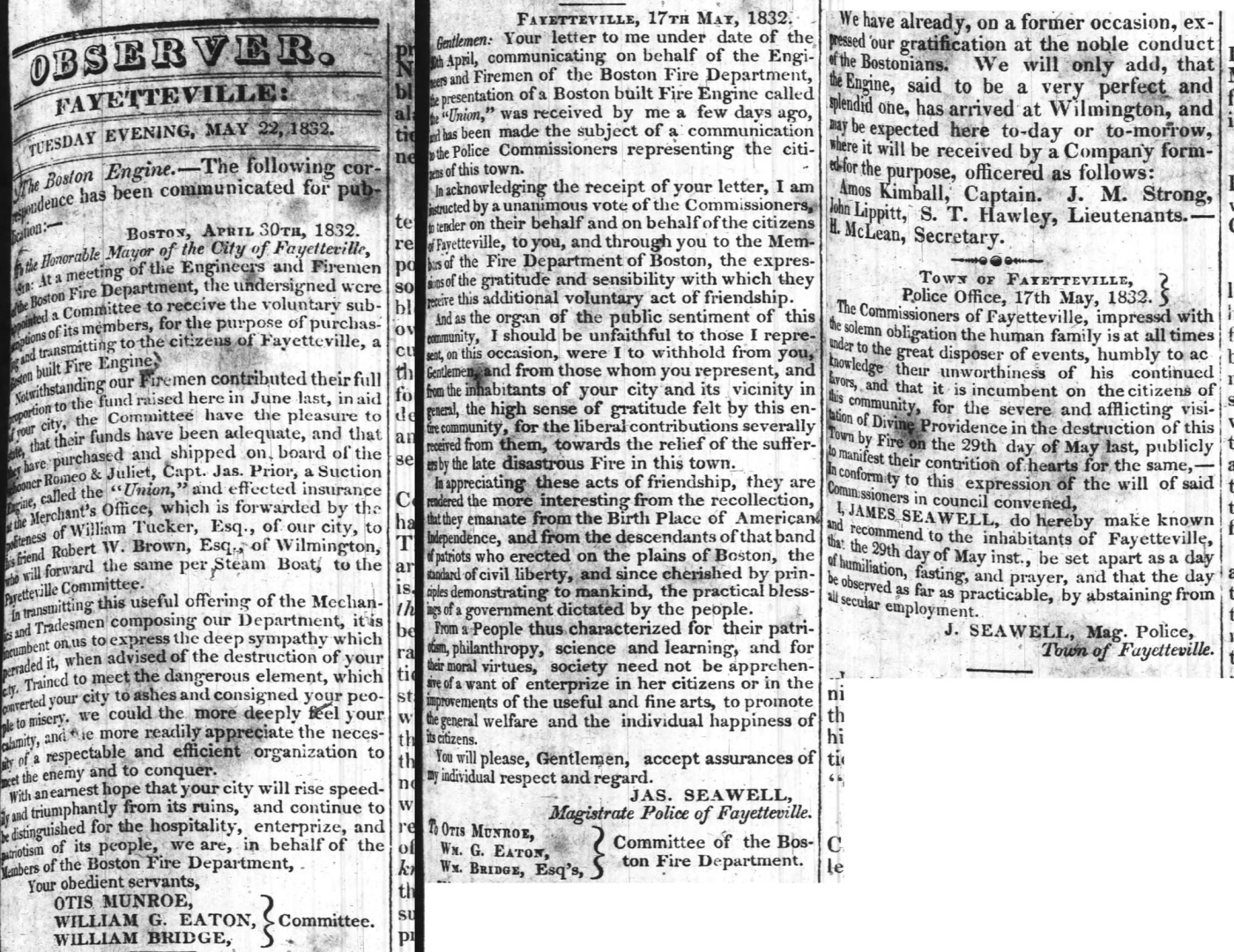 Here’s an earlier article, from March 6, 1832, which includes a description of the engine: