How exactly did New Bern Assistant Fire Chief John “Johnnie” J. Gaskill die in the line of duty on November 6, 1904? His death been long-attributed to injuries resulting from a fire horse kicking him in the head. In recent years, NBFD historian Daniel Bartholf dug deep into surviving records and newspaper clippings and wasn’t able to find a consistently cited cause.

In his 2019 book History of Firefighting in New Bern, North Carolina – Colonial Days to the 21st Century, Bartholf writes “On November 6, 1904, Assistant Chief Johnnie J. Gaskill died at 29 because of complications from a “brief but very distressing illness”. He had been sick for two weeks. His exact cause of death is unclear. (Nov. 8, 1904 The Daily Journal)”

Looking at some surviving newspaper clippings, see below, this information is presented:

Gaskill was buried at Cedar Grove Cemetery on November 8. The hearse was drawn by the state’s oldest fire horse, “Old Jim.” Recounted a special report to the Charlotte Observer, “Both fire companies attended in a body, and the fire bell was tolled as the services were being conducted.”

Alas, no death certificate has been found to date by Legeros.

Gaskill was the second LODD in New Bern, after Guy Styron in 1894, and followed by Edgar Elliott in 1931 and Robert Broadstreet in 1963. 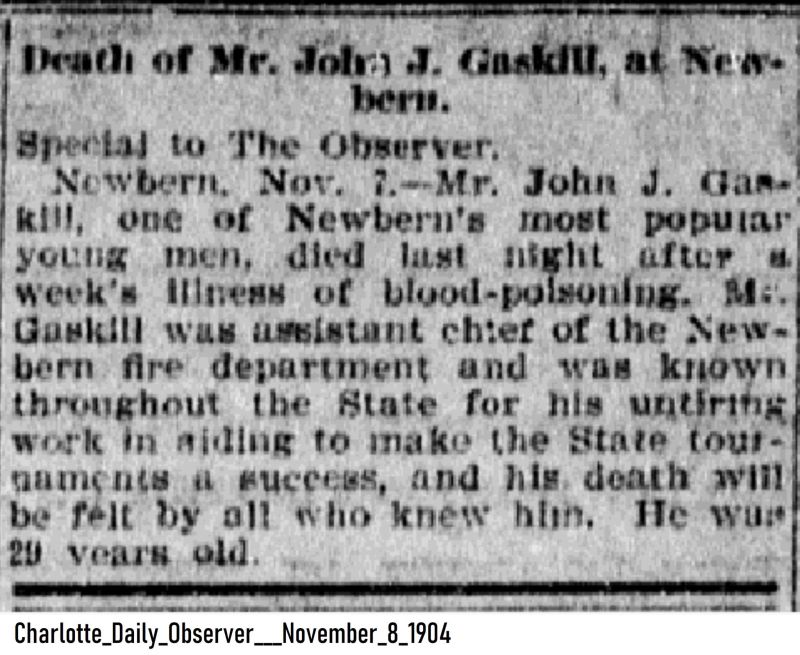 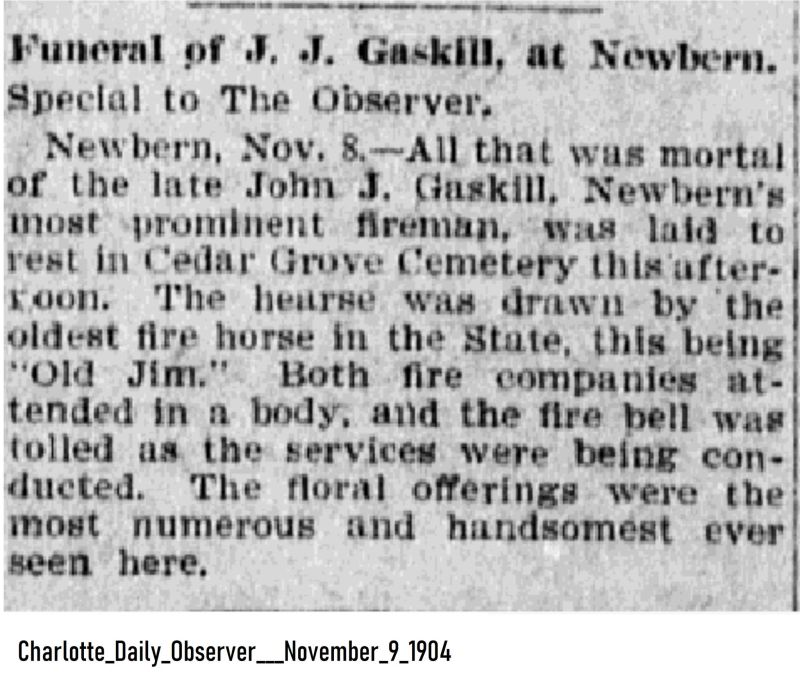 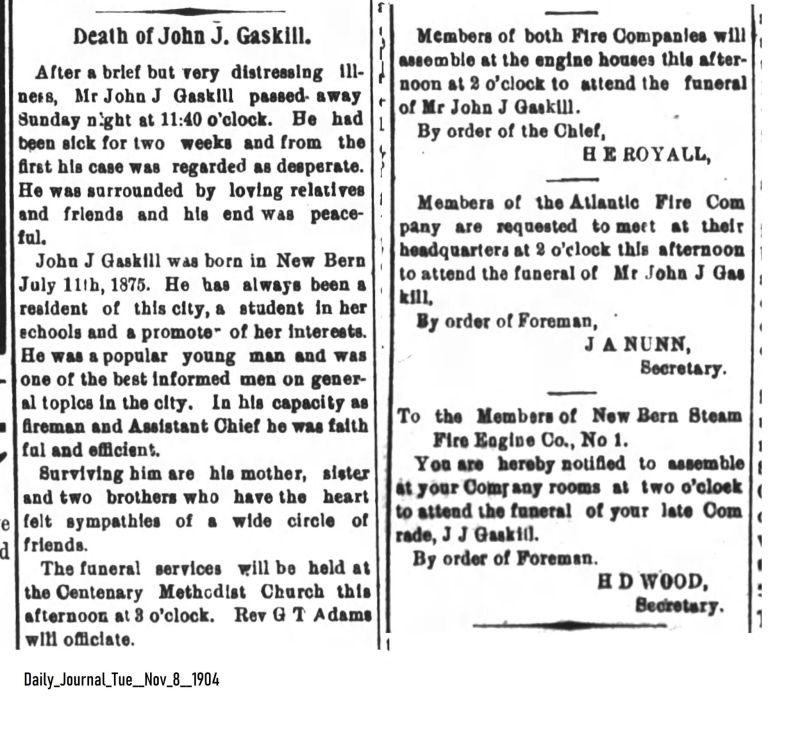 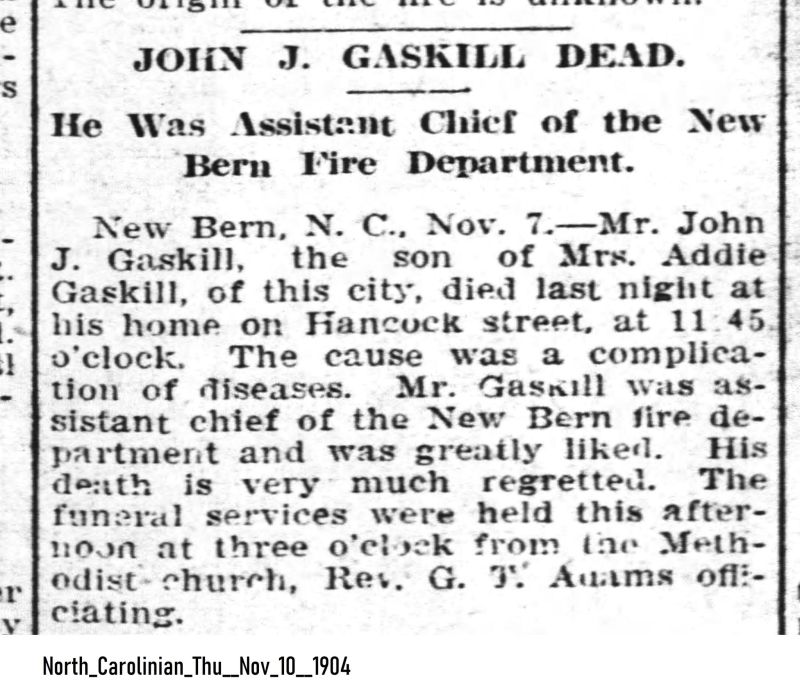