The Kannapolis Fire Department in Cabarrus County is celebrating its 100th anniversary this year. To commemorate the event, the public is invited to an open house and parade on Saturday, October 1.

The parade begins at 10:00 a.m. at the intersection of Laureate Way and Biotechnology Lane, and will continue down Laureate to North Research Campus Drive. It will be followed by an outdoor open house until 3:00 p.m. at City Hall, 401 Laureate Way. 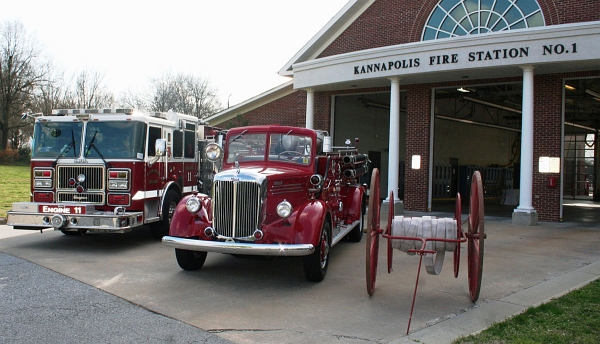 The Kannapolis Fire Department was organized in 1906, as a volunteer fire department to protect Cannon Mills and the surrounding mill village. They operated two hand hose reels and were supplied by the town’s four fire hydrants, which were connected to the factory’s water works.

Because there were so many hose reel teams across the state, reel team competitions became a popular event at the annual North Carolina firemen’s convention. The local team won many of the contests. In 1933, the Kannapolis reel team set what were called world’s records of 15 4/5 seconds in the reel race and 15 3/5 seconds in the grab race.

With the onset of World War I, the fire department was disbanded and for several years no organized fire protection was available in the growing village. In 1928 the Kannapolis Fire Department was reorganized. Most members came from the local merchants association and from the mill.

The department was motorized in 1934, with the purchase of a used American LaFrance pumper. The first new apparatus was delivered in 1942, a Mack pumper.

As the community continued to grow around the mill village, pressing water and sewer needs led to the creation of two sanitary districts outside the village: Royal Oaks (1957) and Kannapolis (1963). Each organized their own volunteer fire department.

Changes in the ownership of Cannon Mills in 1983 served as a catalyst for the incorporation of the City of Kannapolis. On December 4, 1984, the largest unincorporated community in North Carolina officially became a municipality. In 1987, the two sanitary districts merged with the city, and the three fire departments merged into one.

The village fire department was owned and operated by the mill. With the formation of the municipal Kannapolis Fire Department, they ceased operations outside the plant in October 1987. The mill did not contribute any equipment to the city department, but all of their personnel were allowed to become members of the new department. Most became members.

The plant continued operating its own fire department until it ceased operations in 1997. 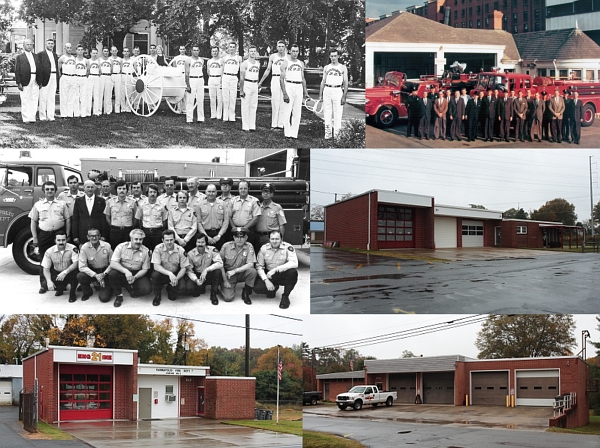