North Carolina Task Force 8 has received a new trailer for USAR 3. It’s their first first curtain-side trailer, which will allow access from both sides as well as the back. It’ll replace a box trailer that transports their Base of Operation (BoO) portable shelter system, which includes tents, showers, cots, generators and HVAC systems, etc. And it’ll be further modified with a rear attachment to carry their Moffett forklift.

Why the new trailer and new style of trailer? Two reasons. First, they’ll increase their storage space by about a third, because side-loading allows for more efficient placement of stored equipment. Second, stuff stored in the back will no longer block access to stuff stored in the front. Side-access allows selective retrieval of equipment.

Also, note that their name and logo has changed. The state teams are slowly rolling out a rebranding that subtracts the word “urban”. Though they are training as and defined by FEMA as USAR teams, their response areas (and response capabilities) cover urban, suburban, and rural areas. 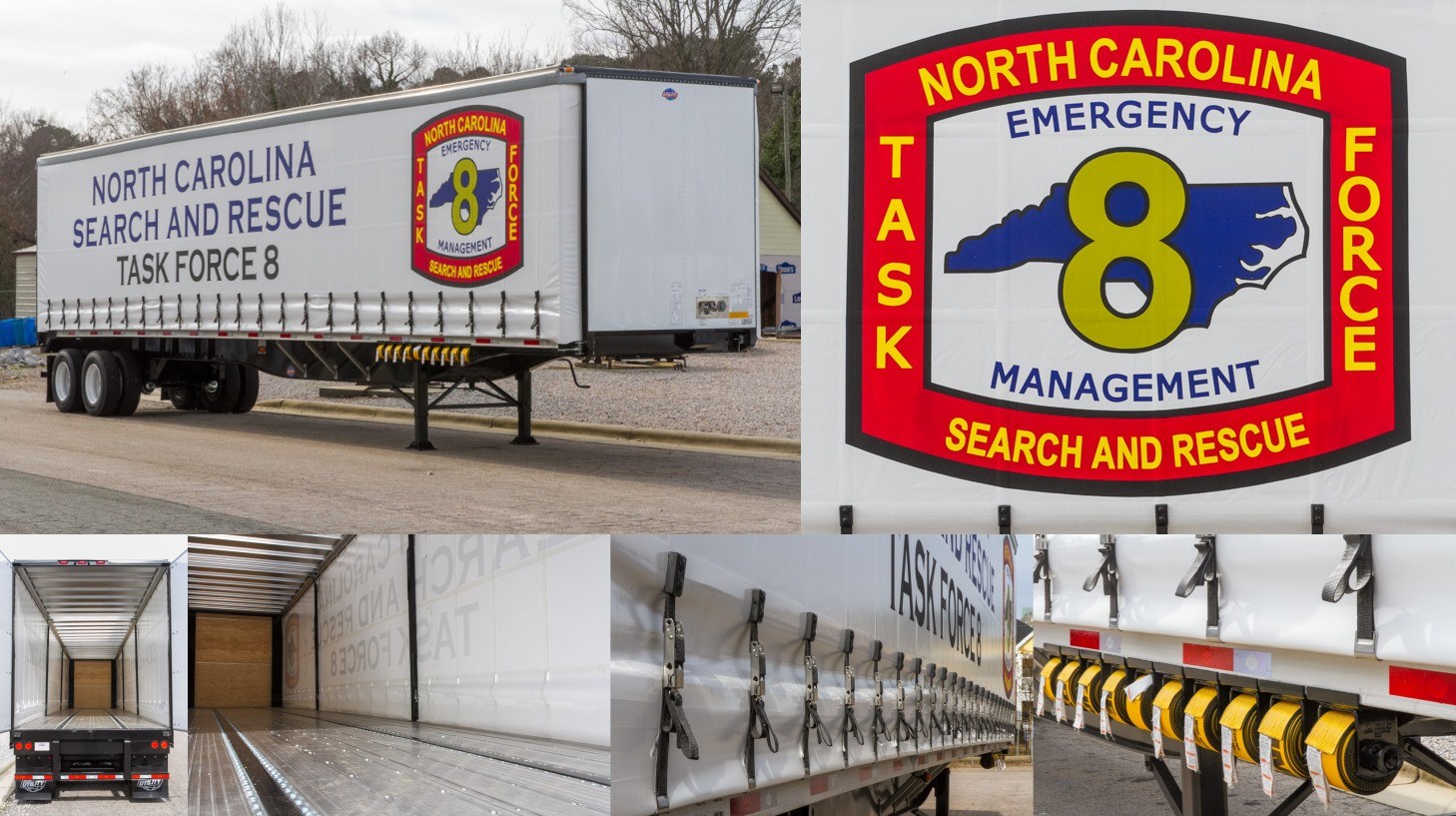