Big day in Raleigh yesterday. Safety Officer 14 was placed in service at 0800 hours on Saturday, July 17, 2021, the first shift-assigned incident safety officers (ISO) for the department.[1]

Staffed by three seasoned captains, the unit is based at Station 14, and is automatically dispatched on structure fires, haz-mat calls, and technical rescue calls. They can also be requested to other incidents as needed.

On scene, they’ll moving around and watching what’s happening, and looking for hazards and making suggestions as needed to the incident commander. They can also jump on the radio, if urgent safety matters need immediate attention.

Among their new equipment and PPE are high-visibility vests and SCBA identifiers, red. And one Fire Fighters Friend-brand exit locator device, which will be deployed just inside the threshold of a structure, to aid in evacuation. It’s equipped with both a flashing beacon and a siren.

[1] What’s the historical perspective? The most-recent Safety Officer position was created in 2010 as a day-duty position at Fire Administration. Currently filled by Battalion Chief Keith Wilder and named Safety Chief, it oversees the Health and Safety Compliance Division.

Earlier safety officers included Command Tommy Gattis, assigned to training, and who performed that role at (major?) incidents in the 1990s (and other years?). See the Facebook version of this posting for more about that. 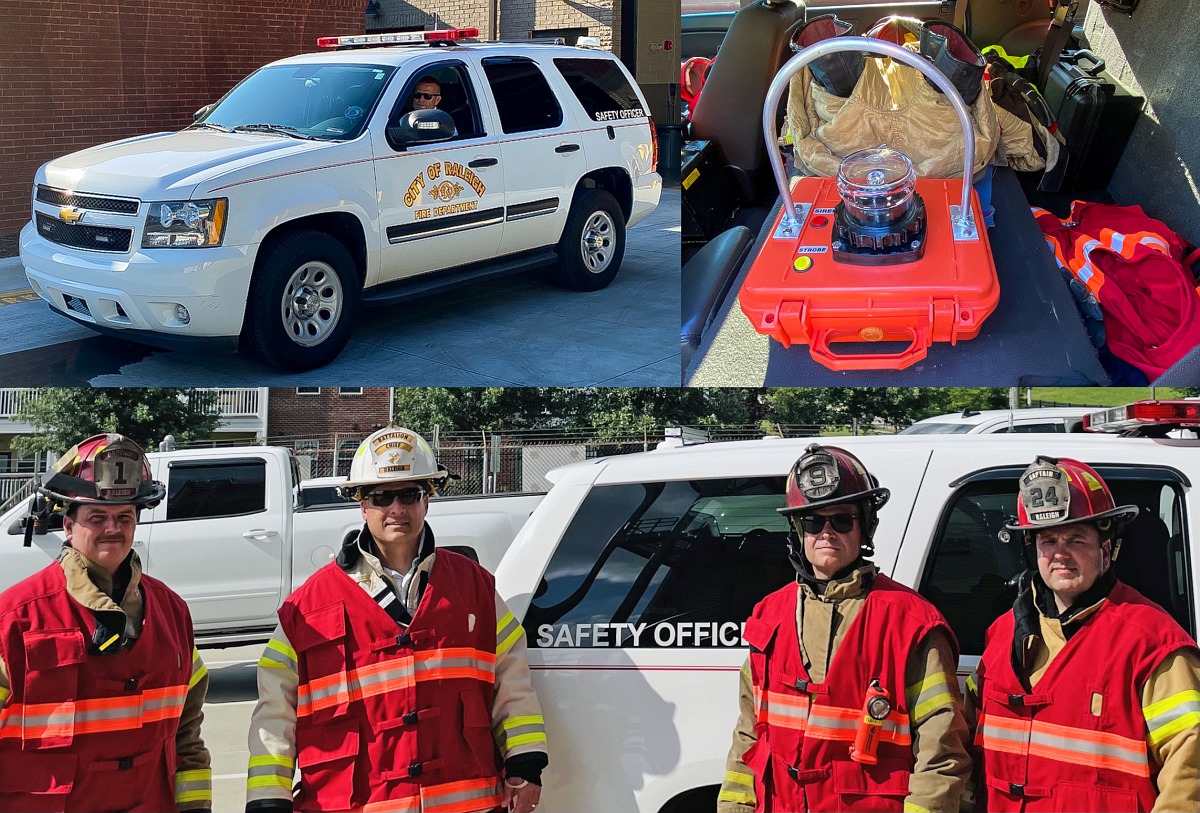