As Hurricane Florence approaches, many in Raleigh are remembering Fran from 22 years ago. The storm struck the city with hurricane-force winds on Thursday night, September 5, 1996.

Effects of the storm were felt in Raleigh starting around 11:00 p.m., with a tornado watch for the entire state issued after 1:00 p.m. The airport recorded 8.8 inches of rain over 24 hours, which broke the 1929 record of 6.66 inches. It measured wind gusts as high as 79 mph.

By daybreak, the storm had passed over the city. Almost all of Wake County was without power, and none of the city’s 420 traffic lights was working. Damage was reported across all of the county’s 891 square miles. It produced 3.5 million cubic yards of debris. Four people were killed in Wake County, among the 24 killed in North Carolina. The storm did $2.3 billion damage in the state

Here’s a retrospective that’s been on the back burner for a while, with a list of calls and log book entries. Plus related links. It’s a firm reminder to be prepared. 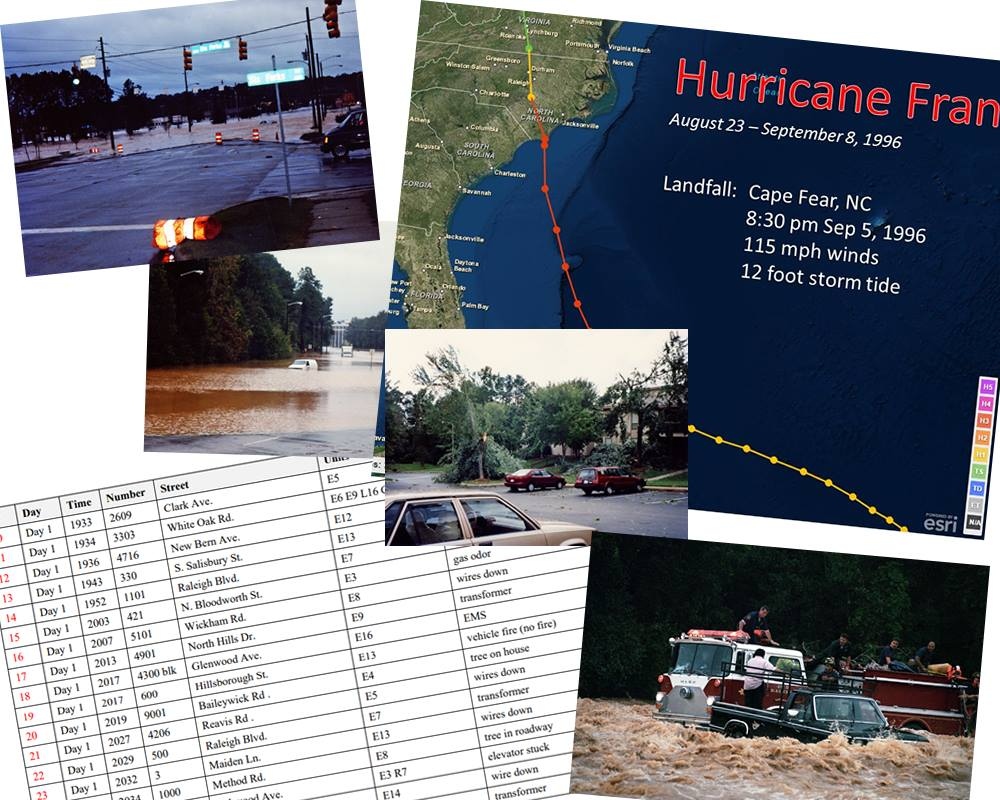