This is a blog version of a Facebook posting, about details and units at a four-alarm explosion and fire in Charlotte. The narrative has been updated a bit, from the original posting. 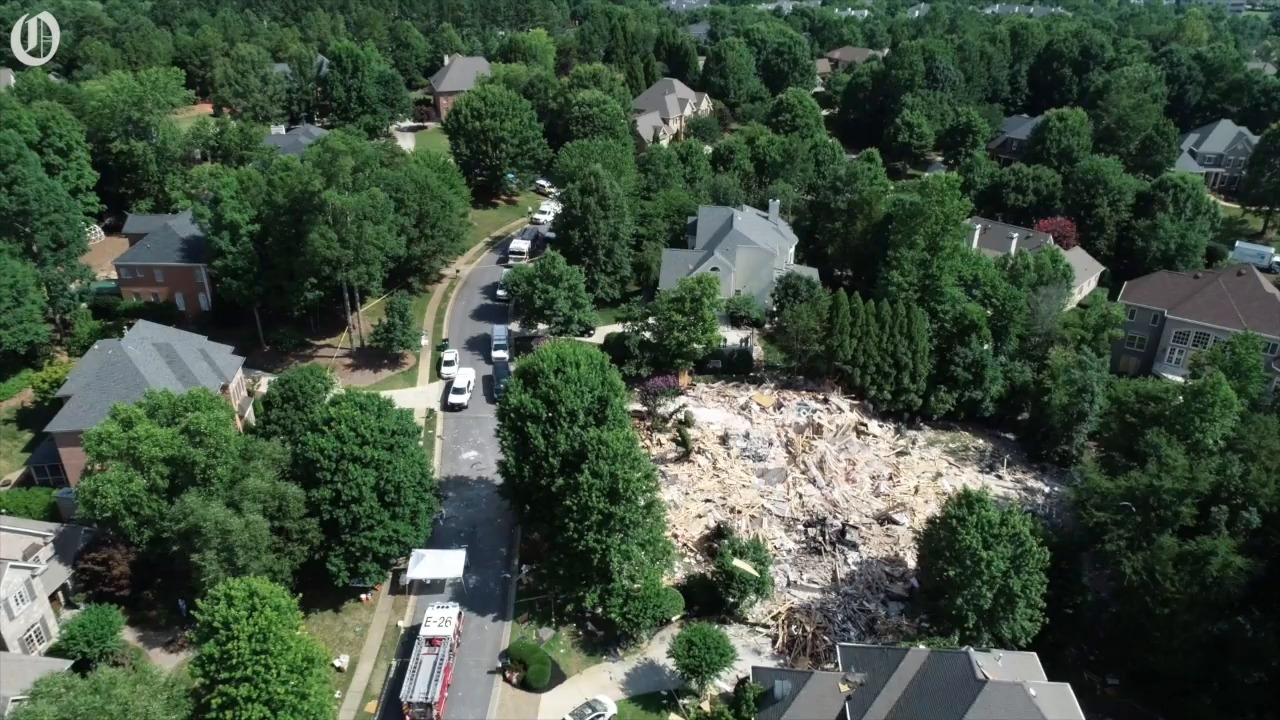 Four alarms were struck at a house explosion on Charlotte on Tuesday, July 3.

The incident was dispatched just before 2:00 p.m. as a reported explosion with fire at 11812 James Jack Lane. Tax records list the location as a two-story, single-family residential structure with 8,830 square-feet.

First arriving Ladder 32 found the structure destroyed, with a large debris field and a section of fire. Second alarm was requested, as were additional alarms for manpower and technical rescue assistance.

Two occupants were inside the structure at the time of the explosion: one deceased on scene, one with serious injuries. The latter was extricated after two and a half hours, and airlifted to the hospital. The deceased victim was located about seven hours after the explosion, by USAR personnel.

A number of firefighters were also treated for dehydration: seven treated on scene with IVs, and one transported to local hospital. Crews were working in 100+ degree heat.

Two people treated for minor injuries in neighboring homes. The adjoining homes also sustained damage. The primary cause of the explosion was identified as interior natural gas leak.

Plus MEDIC response that included several ambulances, supervisors, and a mass casualty bus.