The Salisbury Fire Department last year re-activated their historic Old Station 2 at 1402 S. Main Street. The 1942 engine house was renovated and restored by firefighters, after being vacated by the city s Landscaping and Parks and Recreation departments. Let s chat with Salisbury Fire Chief Bob Parnell about the building (now named Station 5), its restoration, and some other things. 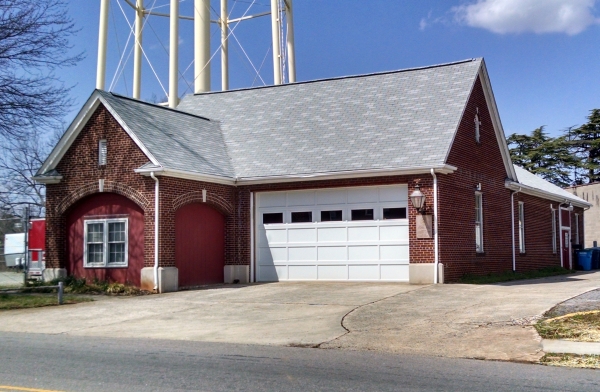 Q: Chief, when was the Main Street station vacated?
A: The fire station was closed in 1980, when Station 2 was relocated to 2312 S. Main Street. The city was growing fast on the southwest side, and we needed a faster response time.

Q: What happened to old Station 2
A: It remained vacant for several years. Then the city’s Purchasing department thought about selling the property, and instead retained and renovated the building as a new office.

Q: What did the fire department think of the building s reuse?
A: We stayed interested in what was happening. This was a piece of our history, and we even entertain ideas about getting the building back, at some later point in time.

Q: Which happened in late 2014.
A: Yes, in the fall of that year, the building was again vacated. We took over the structure and began renovations. 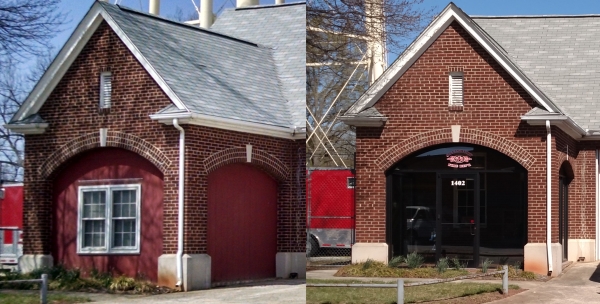 Q: Tell me about the work.
A: Renovations took place between October 2014 and January 2015. Save for electrical and plumbing, firefighters did all the work. They removed walls and partitions added since 1980. They did painting and a significant amount of clean-up.

Q: Describe the interior of the structure, which is a one-story brick building with 2,280 square-feet on about a third-acre lot. What was the original layout?
A: It originally contained a Captain s office, bunk room, day room, single bathroom with single shower head, a kitchenette that isn t big enough for a table, a storage room, and a double-wide apparatus bay measuring 24 by 70 feet.

Q: And a front porch!
A: Which was enclosed in 1980 to add an office. There’s also a coal chute in the basement, which is original to the building.

Q: What s the current layout, post-renovation?
A: We added two offices for our Training Officer and our Logistics Officer. They ve been relocated to what s now called Station 5. We re planning to move one our ladder companies there, but we have to add a sprinkler system to the building. We also have to raise the bay doors. They re currently ten feet high and we need twelve feet of clearance. We ll also have to modify the ceilings a bit as well.

Q: Why move a ladder there?
A: The station s in a great central location, and it ll improve response times for that company.

Q: When will that happen?
A: We re expecting funding for the sprinkler system and other components in the FY16-17 budget.

Q: What s the bay used for, right now?
A: Squad 5 is there. That s our unstaffed rescue/haz-mat support vehicle, a 1985 Ford L8000/4Guys walk-in rescue. We also use the space for training, meetings, and other functions. 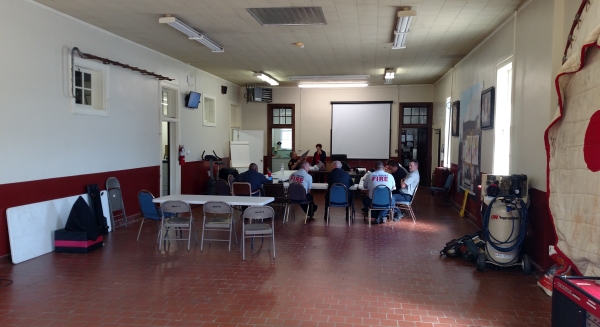 Q: Did you formally re-dedicate Station 5, when it opened in January 2015?
A: We plan to re-dedicate when we move the ladder company to the quarters.

Q: What s the reaction been by the crews to the new old station?
A: The fire guys and gals are very positive about it. They re taking good care of it, much like they would a national treasure.

Q: What can you tell me about the early history of Station 2?
A: It opened on April 6, 1942, back when Salisbury Fire Department was a combination of career and volunteer members. We had two stations with American LaFrance pumpers, a 1941 ALF mid-mount aerial, and an older ALF city service truck that also carried hose. There was a Gamewell system and somewhere around 50 alarm boxes. We had a bell on the tower of Station 1, which was replaced in the 1940s by an electric horn. 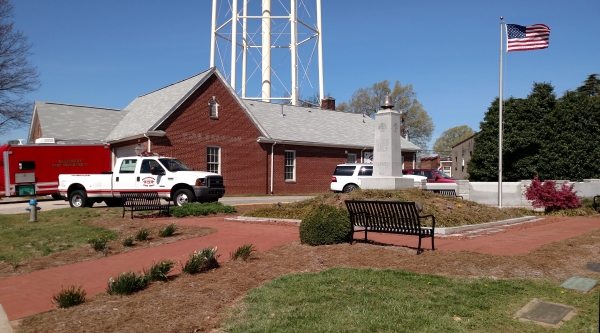 Q: There s a firefighter s memorial next door to Station 2. Tell me about that.
A: The memorial was built in the same year as the station, in 1941. It was designed to commemorate the four fire departments in Rowan County at the time: Salisbury, Spencer, East Spencer and the now gone Spencer Shops Fire Department. The original marker still stands and lists those departments, one on each side.

Q: Then it was expanded to memorialize September 11, 2001?
A: Yes. With additions completed by September 11, 2002. There a large Maltese cross of granite cobblestones with a 50-foot flag pole in the center. That honors the 343 fallen FDNY members on 9/11. Also added was a walk of honor around the original memorial, and a memorial wall that lists all the Rowan County departments in service in 2001. Listed there, beneath the department names, are the local fallen firefighters: four from Salisbury (Jenkins, Isler, Monroe and Cross) and one from Locke (Shue).

Q: Beside the memorial is the Firefighter s Cemetery. Tell me about that?
A: It s located in the city s Chestnut Hills Cemetery, with plots reserved for firefighters and their family. Buried there include Fire Chief Charles Burkett (1937 to 1962), the City s first full-time paid fire chief, and other fire officers. Chief Burkett was well known around the state.

Q: Chestnut Hill rings a bell. There once was a fire company located there.
A: That was an unincorporated community just south of downtown. They had a fire company that you told us about!

Q: They were named Southside and appear in tournament accounts of the North Carolina State Firemen s Association. They competed and won as early as 1907 and as late as 1912. The name Southside Reel Company was listed in the 1914 conference proceedings, and were listed with the Salisbury Fire Department in proceedings from 1915. From other NCSFA records, the Fire Chief and Assistant Chief in 1911 were G. C. Kluttz and J. G. Reeves, respectively. And in 1912, they had one company with fifteen men.
A: And as you ve told me, they might ve merged with the Salisbury Fire Department, but we don t know for sure.

Last year, the Salisbury Post published a profile of the station project. Read that story, or watch this companion video: