On July 28, 1965, the Steer Steak House at 1625 Louisburg Road burned. Or as the road was later named, North Boulevard, and even later named, Capital Boulevard. Fire was reported at 3:55 a.m. by a passing motorist. Crews battled the blaze in a heavy rainstorm.

This photo appeared in the July 28 issue of the Raleigh Times. Click to enlarge:

The restaurant was originally operated as Johnny’s Supper Club, from 1948 to 1958. It was one of three businesses operated by John “Johnny” Griffin, who also operating Johnny’s Drive-In Grill next door. And Johnny’s Motor Lodge, which he built behind the grill, by 1959.

He sold the supper club in 1960, and the new owner named it the Black Steer Steakhouse (or Black Steer Supper Club, depending on source). And was presently operating as the Steer Steak House. It had two dining room wings extending from the main portion of the building, and cost $135,000 when built in 1948.

Goodnight Raleigh has a great article about these properties. 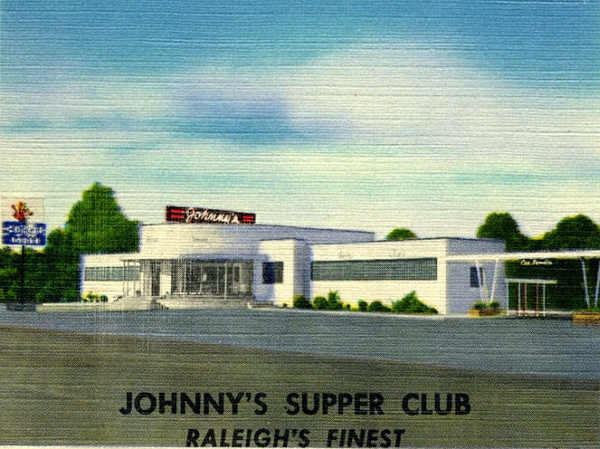 By 1994, the motel was named the Capital Inn. The original owner(s) sold the site in 1985. Tax records list the old name in 1991, but it was probably renamed at the time of the sale. (The old drive-in has stayed open, most lately as the Zanziba Club.)

There have also been fires at the motel over the years. Two alarms on May 28, 1994. Two alarms that gutted three rooms and damaged others on October 20, 2004. Plus smaller and less-serious fires.

There’s also been flooding at the site. Crabtree Creek passes the property, and has been over-spilling its banks for decades. The Capital Inn, the nearby Milner Inn, and the infamous Foxy Lady “adult entertainment establishment” were often impacted.

On June 14, 2006,as the remnants of tropical storm Alberto passed through the city, crews from Engine 11, Engine 7, Truck 11, and Rescue 7 removed stranded residents at the Inn. That’s one memorable episode. (Yours Truly leaned into the wind, with an umbrella under his arm, and two cameras around his neck.) Click to enlarge: 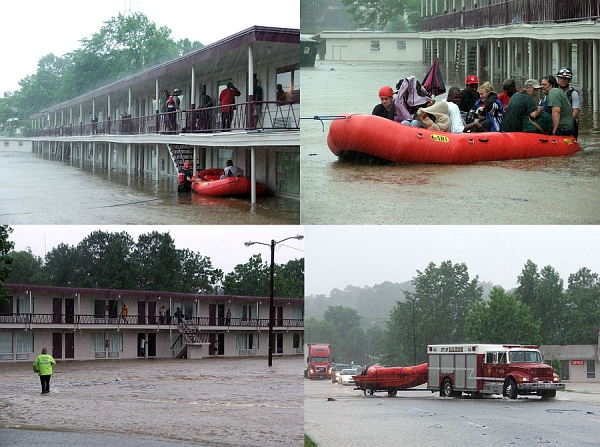 (More recently, the site flooded on August 12, 2014. That was a night rescue, inclu and Yours Truly was again on scene. See those shots.)

Finally, we reach 2016. Let’s let our friends at the Raleigh Public Record pick up the story [link expired:http://raleighpublicrecord.org/news/development-beat/2016/11/08/development-beat-teardown-tuesday-31/], with both their own historical recap, and details on the coming demolition of the Capital Inn.

As they note, the city’s been working for years to acquire these flood-prone properties. They purchased the Milner Inn and Foxy Lady in 2014, and it was demolished in 2015. The Dunkin’ Donuts shop closed about the same, though it’s still standing (for now).

They’re planning improvements to both mitigate the flooding, and add a greenspace that will connect with parts of the city’s greenway trail system. And, at long last, add some visual appeal to our otherwise ugly capital corridor. (Sorry, truth hurts.)

The Capital Inn and the Zanziba Club closed earlier this year. The restaurant building was demolished a week ago, or so. The hotel will be razed any day now.

Yours Truly explored the property in September, while the fire department was conducting ladder drills. The abandoned buildings were also used by the police department for training. 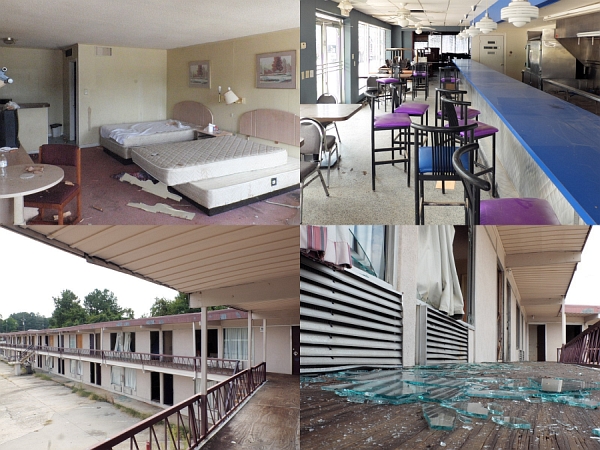