This is a re-posting of a Blog Archives post that’s no longer available. It was original posted on October 22, 2015.

Found via the SPAAMFAA on Facebook, via this posting from Scott Mattson, here’s a rare color photo of Garner’s 1958 Ford F-600/American LaFrance pumper, 500/500. (Original capacity was 300 gallons.) Was the second new pumper delivered to Garner, following a 1957 Chevy 10-500/American LaFrance. (See subsequent posting with a picture of the 1957 Chevy/ALF.)

The department was organized in 1952 and operated a 1941 Ford mini-pumper (ex-Durham), a 1942 International pumper (added in 1954), a 1948 Chevy tanker (built by firefighters), and a 1952 GMC panel truck provided by the local office of Civil Defense. See old photos of same, via the Raleigh Fire Museum.

This was Engine 2 and was labeled “municipally owned.” Was purchased by the town ($10,627.32) but housed and operated by the fire department. (The fire department was and remains a private organization that received outside funding and equipment in addition to the monies and donations they received.)

Though separate on paper, the two departments shared the same infrastructure. Same building and most of the same equipment. (Some assets were town-only, of course. They also maintained separate rosters.) Unsure how long this continued. Through the late 1960s, at least.1

Engine 2 was later housed at Station 2 on Sauls Road. Lee Wilson photographed the truck in November 2012 at Ken’s Corn Maze on Highway 50, south of town. The owner (Battalion Chief Ken Walker) found the truck in a junkyard and bought it and brought it to the maze. Maybe readers can help with more history. 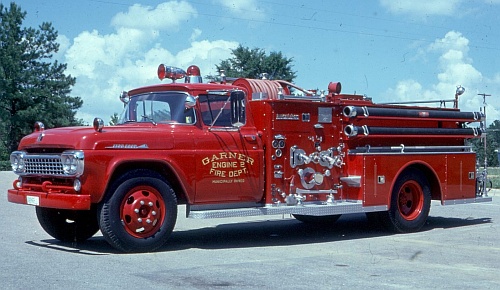 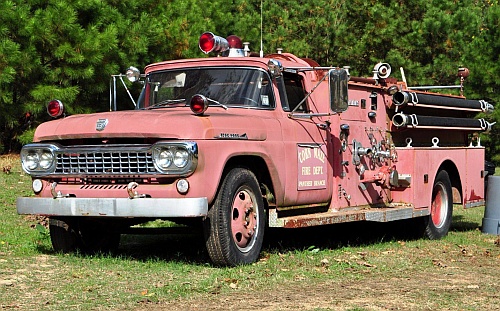 1Why have separate town and “rural” departments? In the case of Garner, the news story noted that the “chief advantage of the ordinance is that it gives the fire chief authority as a fire inspector.” This empowered him with legal authority not afforded to the (position of) volunteer fire chief. Also, there were differences in (fire) insurance districts. One corresponded to the property inside the municipal limits of a town. The other was the “rural” district, consisting of area(s) outside a town’s limits. We’ve talked about this in prior blog postings, such as these from October 2011 and March 2009. 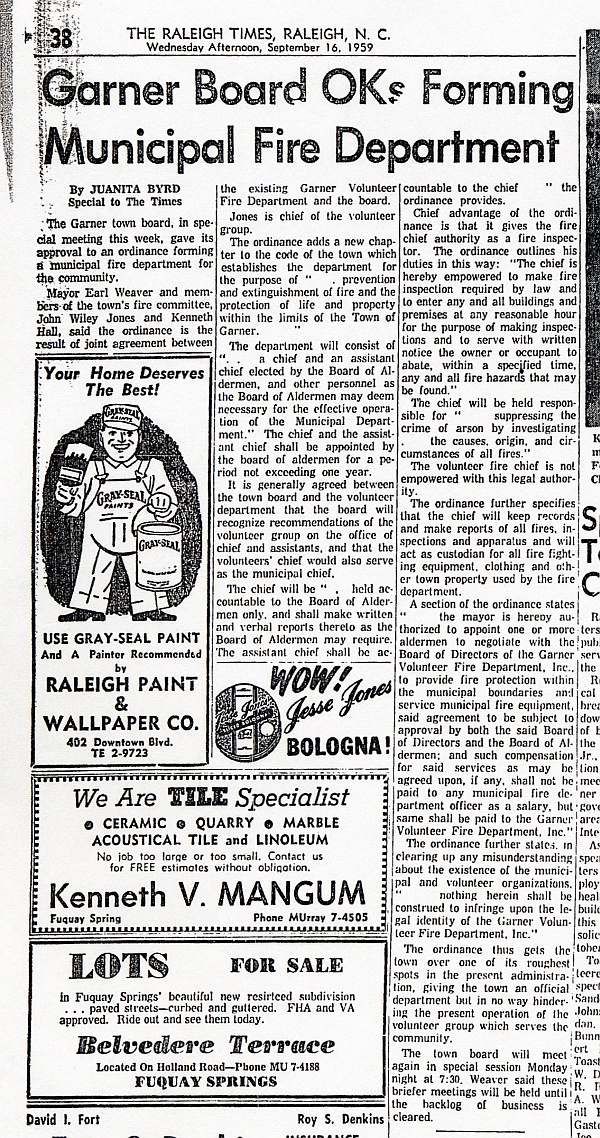 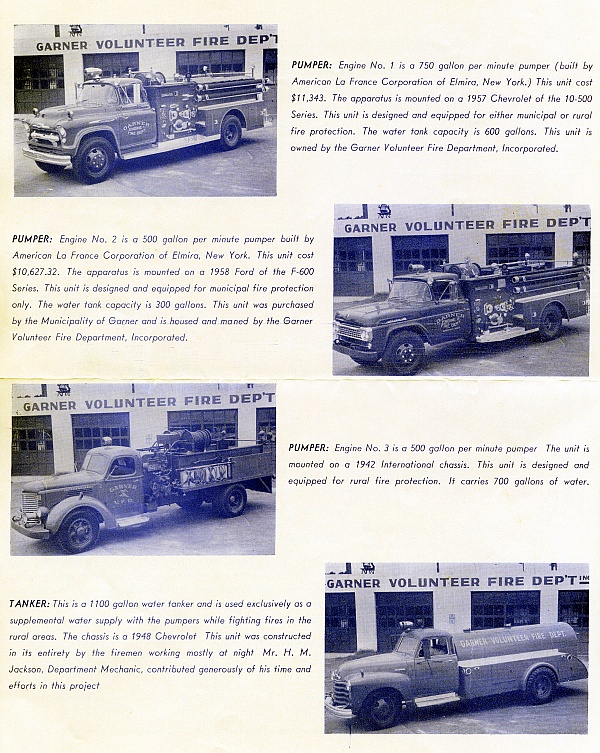