Remember our posting about the Amcel Propulsion Company Fire Brigade in Buncombe County, from August 2014? We talked about their history which included a 1942 International/American LaFrance engine that originally served Scottdale, PA.

This week, a reader shared a vintage photo of the Scottdale Fire Department, including the later Amcel engine. It’s a picture of a picture and with a bit of digital perspective correction. Don’t know the date.

Read the Blog Archives posting about Amcel. Or click to slightly enlarge: 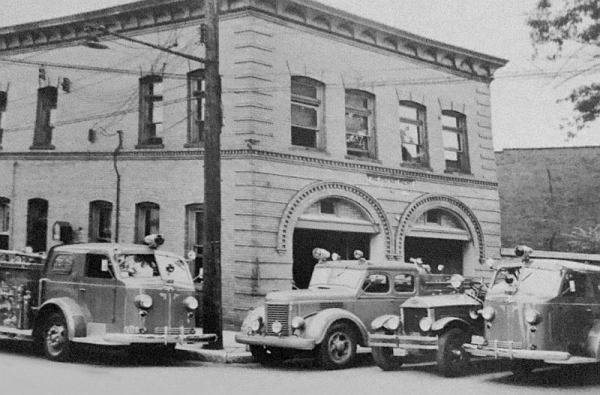