The Raleigh Public Record posted a story today [link expired:http://raleighpublicrecord.org/news/development-beat/2016/07/25/development-beat-miscellaneous-monday-2/] about a parking lot at the northeast corner of Edenton and Wilmington streetst that’s slated for development. The site was once occupied by Vance Apartments, a three-story, 36-unit complex that was the largest of Raleigh’s then-four apartment buildings. But no one has photo for the building, save a reader-submitted aerial view on the Wake County IMAPS site from 1981. 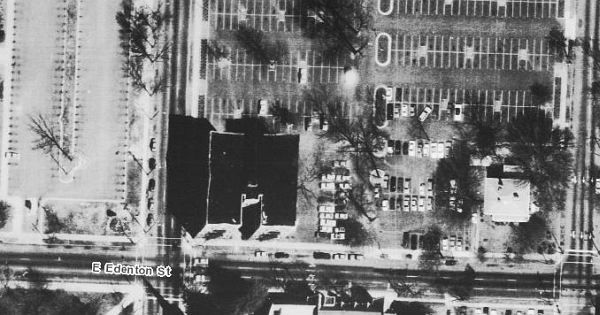 Enter your friendly neighborhood fire historian, who has the below News & Observer image in his files. Date is July 4, 1972, after apartment fire. Told the next day’s Raleigh Times, the fire was discovered in a second-floor apartment shortly before 10:00 a.m. The maintenance man, who found the fire, began alerting residents. Some 30 units were evacuated. The appears to have been quickly extinguished, and with no injuries.

It started in the bedroom area of the aprtment. There was also smoke and water damage to the apartment directly below, and some smoke damage throughout the second floor. Said Fire Chief Jack Keeter, it could’ve been an electrical fire, or started by a cigarette. The total damage amounted to about $3,000. The building was owned by Dr. J. L. Johnson. Click to slightly enlarge: 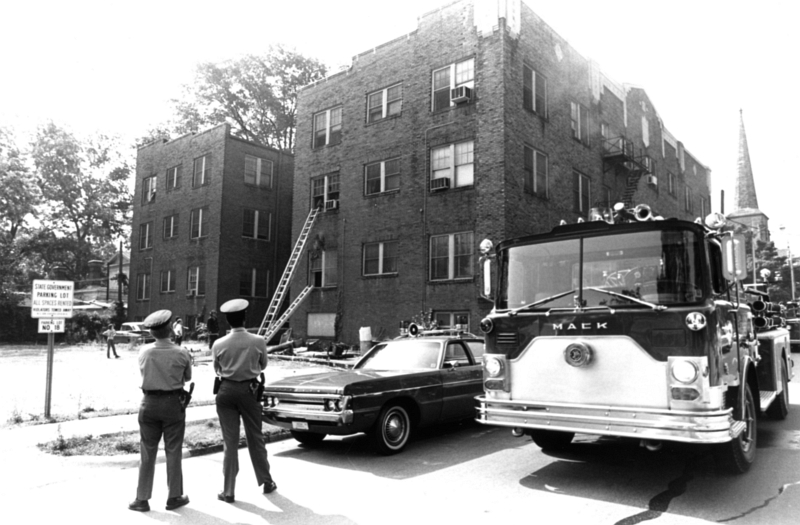