The truck’s original owner, however, was North Buncombe Volunteer Fire Department. They disbanded in 1999, and protection of their district was assumed by Weaverville Fire Department. (By that time, and perhaps since the beginning of NBVFD in 1976, the two departments shared quarters.)

The truck was then operated by WFD, as Squad 8 and later Engine 8-2. The truck was also later refurbished by Carolina EVS in Canton, NC. Which might be why the water tank is now 500 gallons, versus the 750 gallons cited in earlier specs.

We’re told that this was a common design and set-up on the north side of Buncombe County for a few years, and Weaverville, French Broad, Jupiter, and Barnardsville had nearly identical trucks. 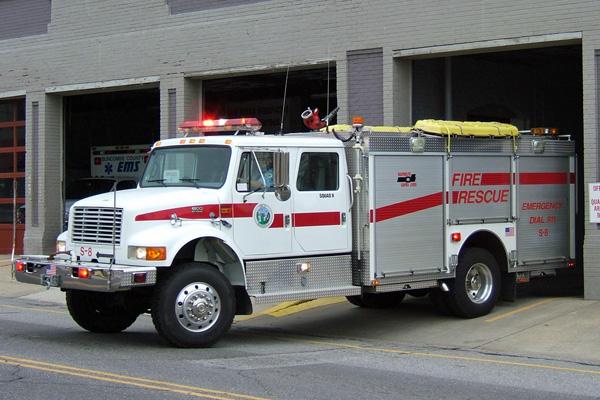 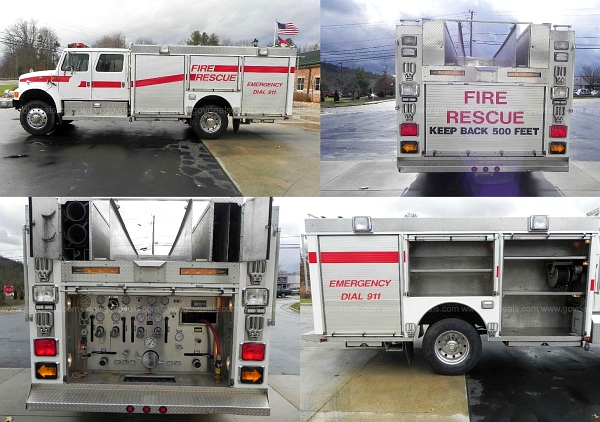 The truck arrived in Wake Forest about a month ago, and isn’t in service just yet. It’s been repainted red and lettered for WFFD. Lee Wilson took this picture below, at the annual fish fry on Friday. See more photos from Lee. 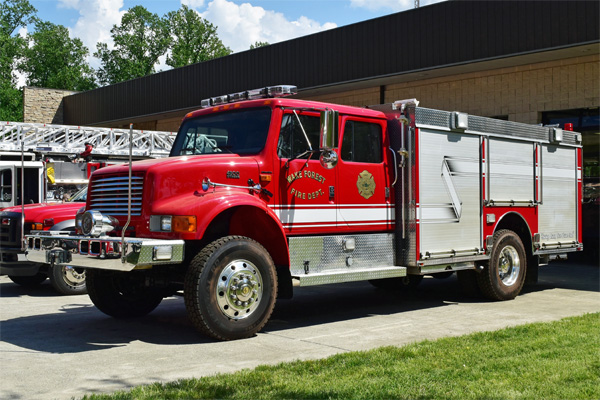 Thanks to the gang on Facebook for these and other details: Micah, Andrew, Martin, Richard, Barry, and others.