This is the first in a series of blog postings about Wake County EMS, and their celebration this year of their 40th anniversary. More coming soon, including a new ambulance revealed this week with retro green-over-white markings!

Capps talks about the first ambulances from Swab Wagon Company, the first members, and the original EMS stations:

On August 13, 1976, the new personnel of Wake County EMS were sworn-in at a ceremony at the county courthouse. Two days later, they began running calls.

As today, their service was fee-based. They charged patients $35 to transport from any point in the county to any hospital. The phone number for their service (as well as fire and police) was 829-1911.

They served Raleigh and northwestern Wake County, with the remainder of the county covered by volunteer rescue squads in Apex, Cary, Fuquay-Varina, Garner, Knightdale, Wake Forest, Wendell, and Zebulon. 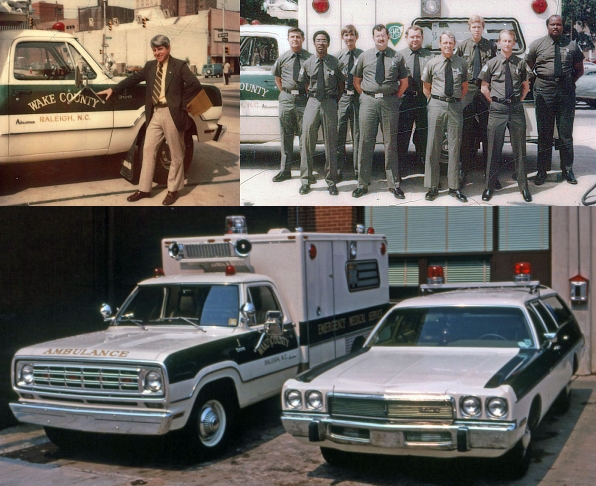 He was also the county Director of Emergency Preparedness and the Fire Marshal, a position he’d held since 1971.

After leaving the county, his career continued as a Natural Hazards Planner with the state from 1987 to 1993 and as a member of the North Carolina General Assembly from 1994 to 2006.

By the 1960s, funeral homes were the primary providers in Raleigh. But in 1965, six of seven funeral homes in Raleigh ceased this service. Ambulance Service of Raleigh (later renamed Beacon) began operation that year.

In 1968, Beacon began receiving a county subsidy for providing emergency ambulance service in the city, and in county areas where funeral homes weren’t serving.

In 1976, the primary provider for Raleigh residents was Beacon. They were backed up by the fire department’s two rescue trucks. Each Beacon ambulance and Raleigh rescue unit was staffed with at least one EMT, as required by a new state law for ambulance personnel.

The rest, as they say, history. 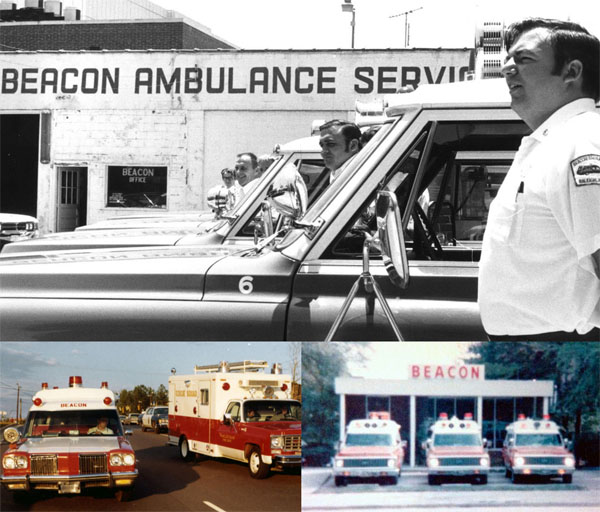 More History at Your Finger Tips

Note: A version of this article originally appeared last year in the Wake County EMS employee newsletter The East Wing.