The Town of Cary Fire Department activated a fourth ladder company this week. Ladder 8 was placed in service on Sunday, April 23, 2019, at Station 8 on Mills Park Drive.

For those keeping score, the total number of (front-line) ladders in the county:

Look for +1 in a couple places, coming soon. Such AFD, which will add a third ladder company at Station 5. 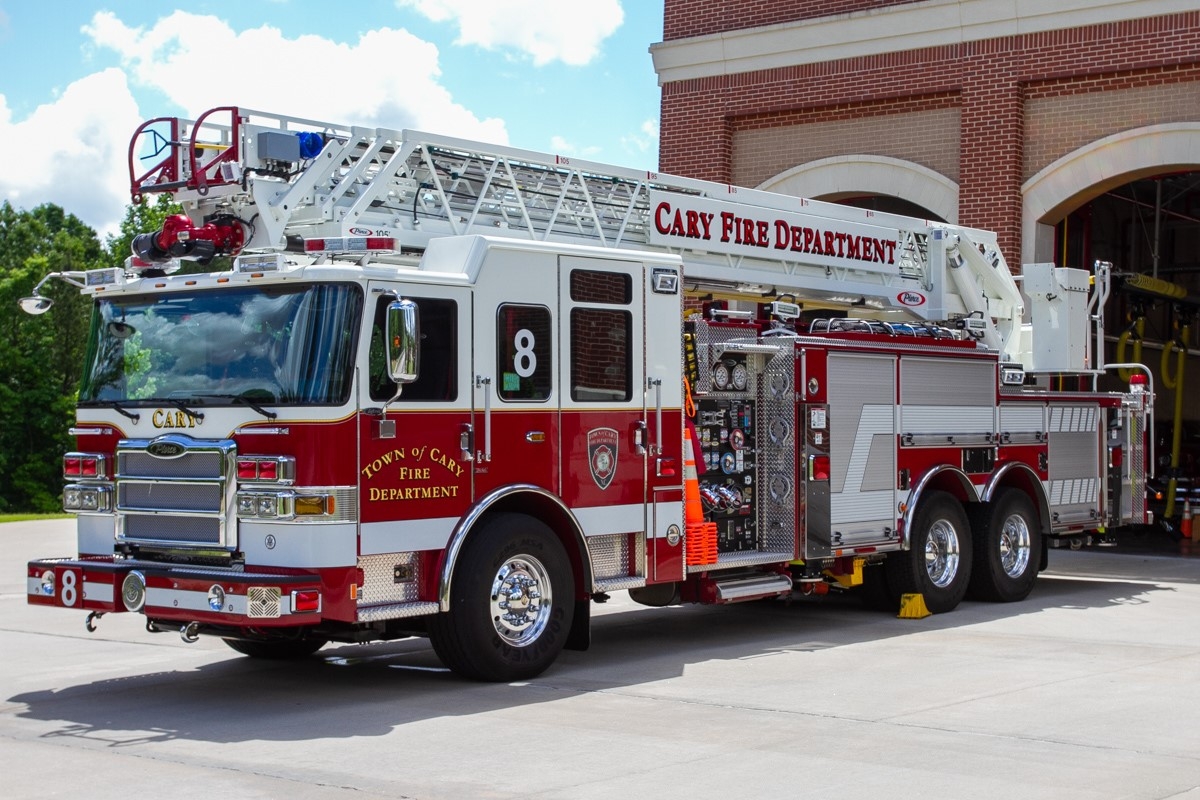