On Tuesday, May 7, the fire departments of Cary, Apex, and Morrisville began operating as a unified system, with all three departments now dispatched by the Town of Cary, with their unit numbers changed (as needed) to a single system, and their resources operationally consolidated.

They’re now a three-department “fire system” with 17 stations, 15 engines (one as quint), 8 ladders (three as quints), 5 rescues, and 4 battalion chiefs.

Even better, they’re all dispatched as closest-unit response. For those monitoring Cary Communications[1], those are the new units and dispatch assignments that you’ve been hearing. Such as Engine 34, Ladder 33, Rescue 21, Battalion 4, etc.

What happened? A couple things, including a change to 911 call processing for the towns of Apex and Morrisville. They changed from the Raleigh/Wake communications center to the Town of Cary. And thus the dispatching of AFD and MFD was also changed from “Raleigh” to Cary.

Here’s the skinny on the changes. Big thanks to each department’s Chief of Department, for their help collecting and clarifying this information. Will edit/update as needed.

[1] How to listen? Already listening to CFD? It’s using the same system, freqs., talkgroups (plus some borrowed from Wake County), etc. Otherwise, you’ll need a trunking scanner that can receive P25. And possibly closer physical proximity, at least as Mr. Blogger has experienced. His Whistler WS1065 mobile scanner doesn’t get squat, once he’s a few miles outside of Cary. At home, he uses the live scanner feed on his computer. Just remember to refresh/restart, every X hours.

Used for all units and radios, with exception of sequential Battalion Chief designations. MFD B1 now B4. AFD B1 now B5.

With renumbering for AFD and MFD easy-peasy to understand. Just add a “3” or a “2” to the existing unit number.

No change to physical station numbers. AFD and MFD station numbers have been renumbered in CAD, however. References may be occasionally heard to Station 21, Station 33, etc.

About this map. The shaded areas are showing corporate and ETJ limits, versus fire response districts. 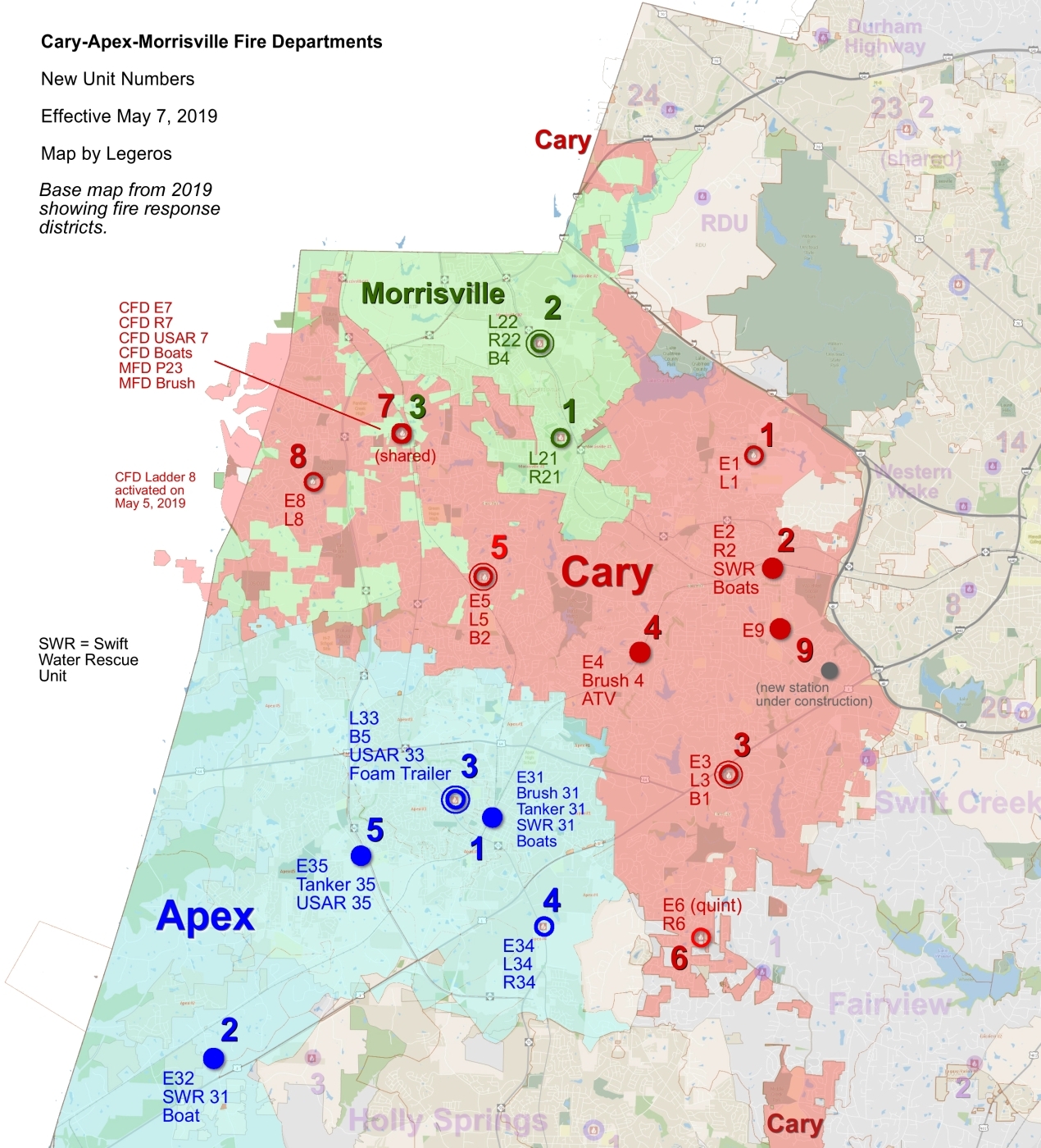 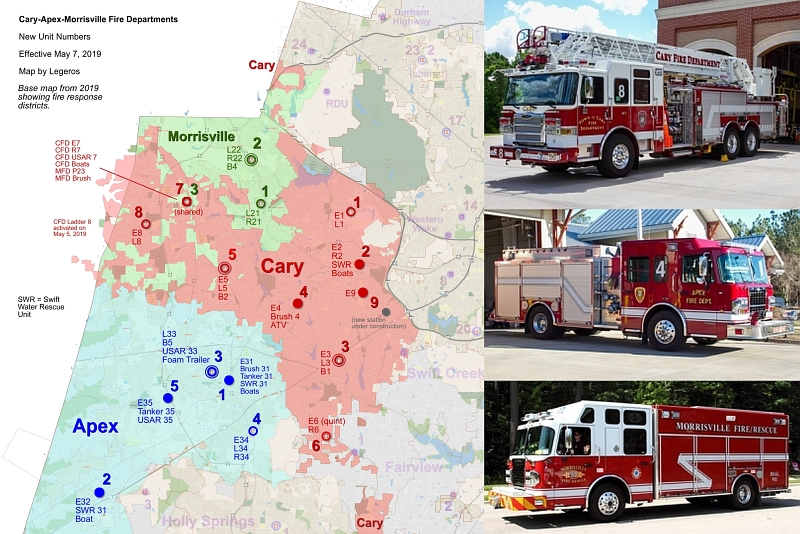