On June 17, 1893, Wilmington volunteer fireman Joseph Ballister Willard died in the line of duty. He was a member of Hook and Ladder Company No. 1, and was killed when a wall collapsed at a warehouse fire.

The fire started at 2:00 a.m. at a brick warehouse on Water Street, which stored about 400 bales of cotton, along with 31 “hogs-heads” of molasses. Flames broke through the glass skylight “with a report that shook buildings in the neighborhood.”

Police Officer Moore “promptly” reported the fire, from Box 43, at the corner of Orange and Front streets. Arriving firemen found the “doors and windows” closed, but the interior “a mass of flames.”

Willard was killed when the “roof and the coping [top of a wall]” collapsed.

They first thought that no one had been “caught in the ruins” until a “fireman’s hat” was found, and no member claimed it. They made a search and found the body of Willard “under the bricks and debris”.

His body was “taken up tenderly” and removed to the residence of his parents. Willard was 25 years old.

A public funeral was planned for 11 o’clock at the First Presbyterian Church.

The story was carried in numerous newspapers around the state,  including these  local papers: 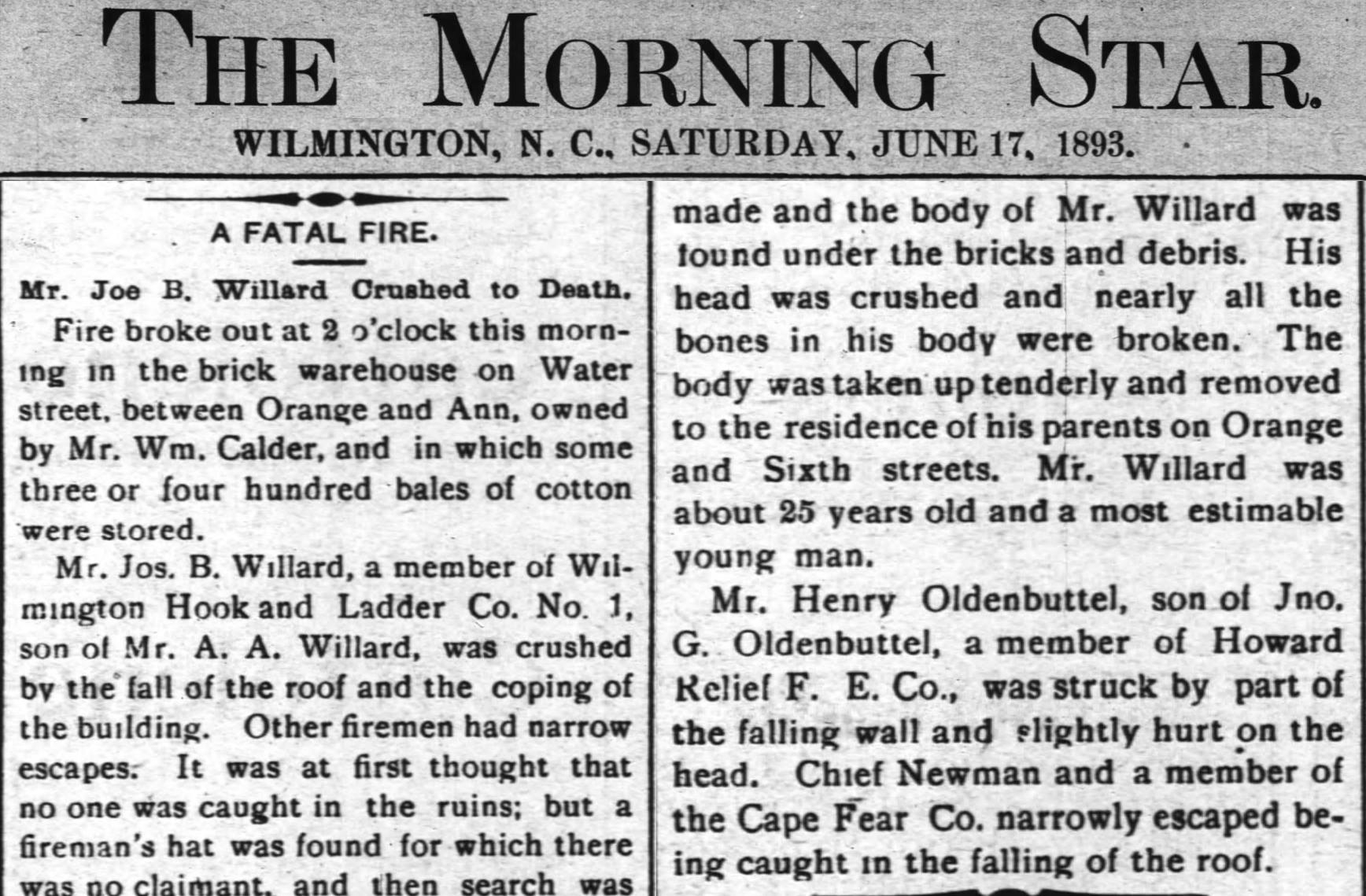 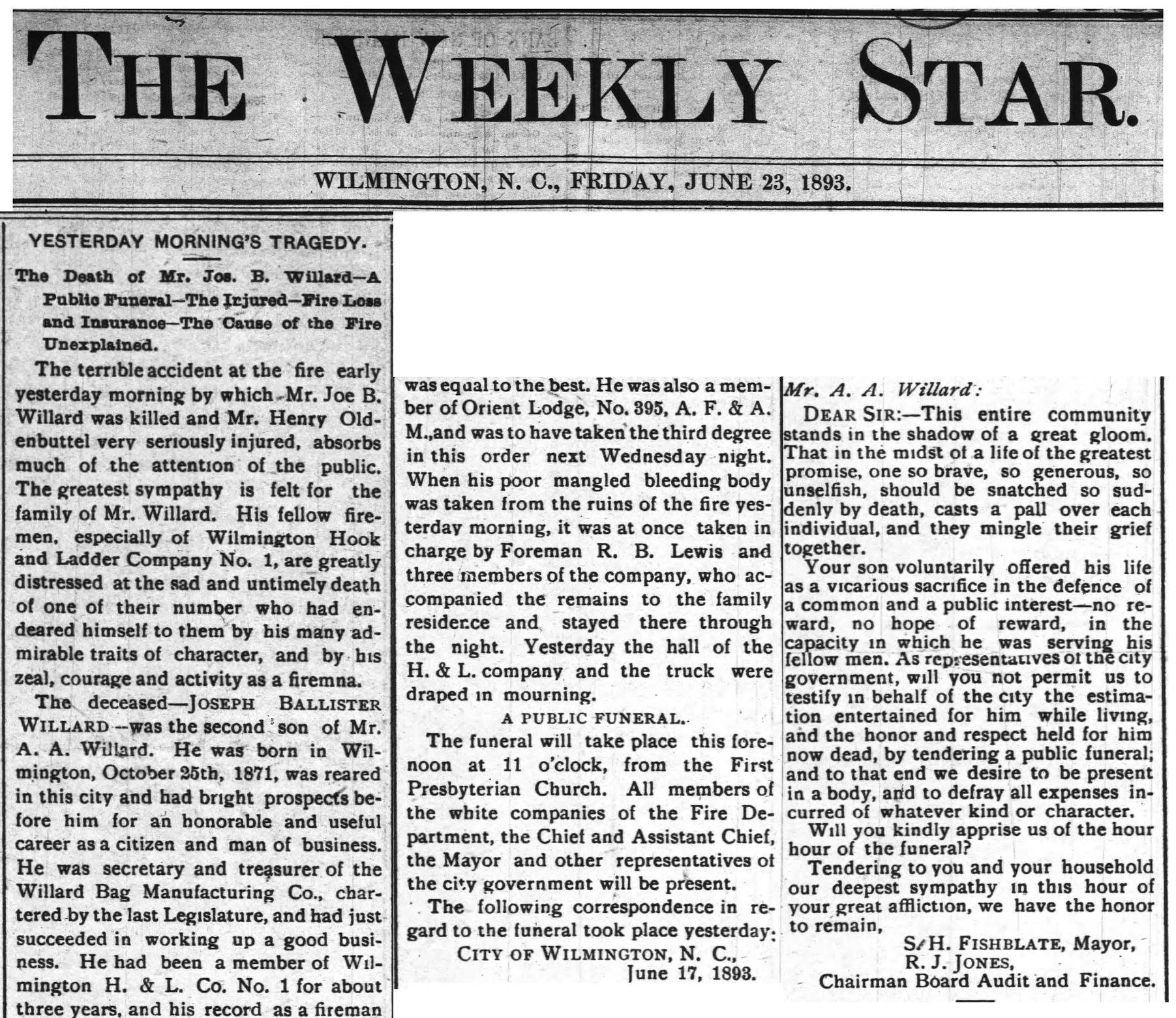 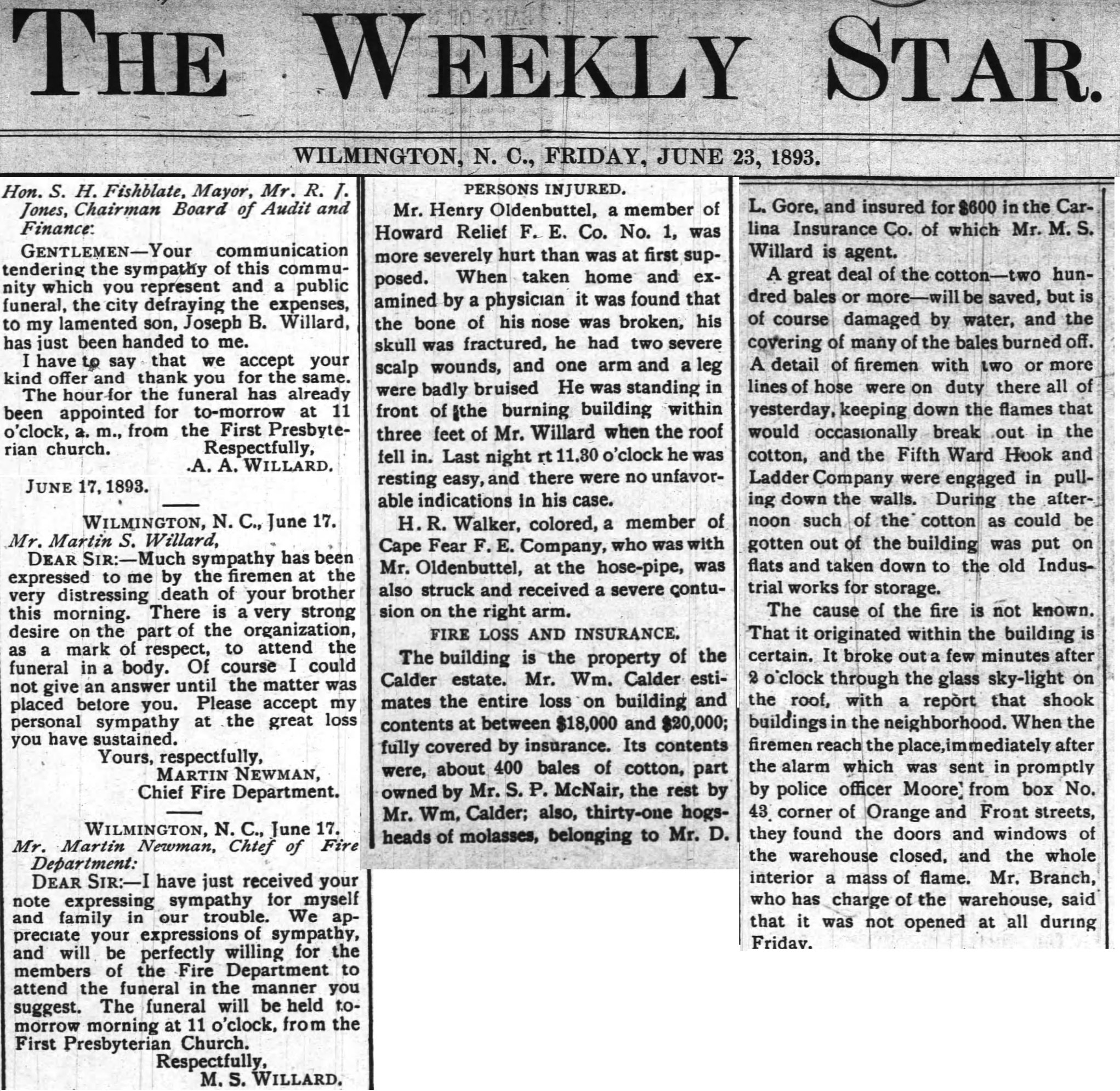