The documents include the following information about the incident:

May 2, 2019
For those documenting the response to the building explosion and fire and collapse in downtown Durham on the morning of April 10, 2019, here are some details on the response of the Raleigh Fire Department. Both the regional haz-mat and USAR teams were activated by the state, to respond to the incident at 115 Duke Street in Durham.

After their arrival, checking with command, and conducting a 360 of the scene, the USAR members were divided into five teams, with tasks including entry and searching void spaces with search cameras in a second building (and the one most impacted by the blast), surveying and conducting secondary searches of additional buildings on the block, assisting with escorting occupants of evacuated buildings (and retrieving personal effects), and assisting with victim removal from the blast building.

All units had returned to the Raleigh city limits by 8:00 p.m. and began demobilizing. 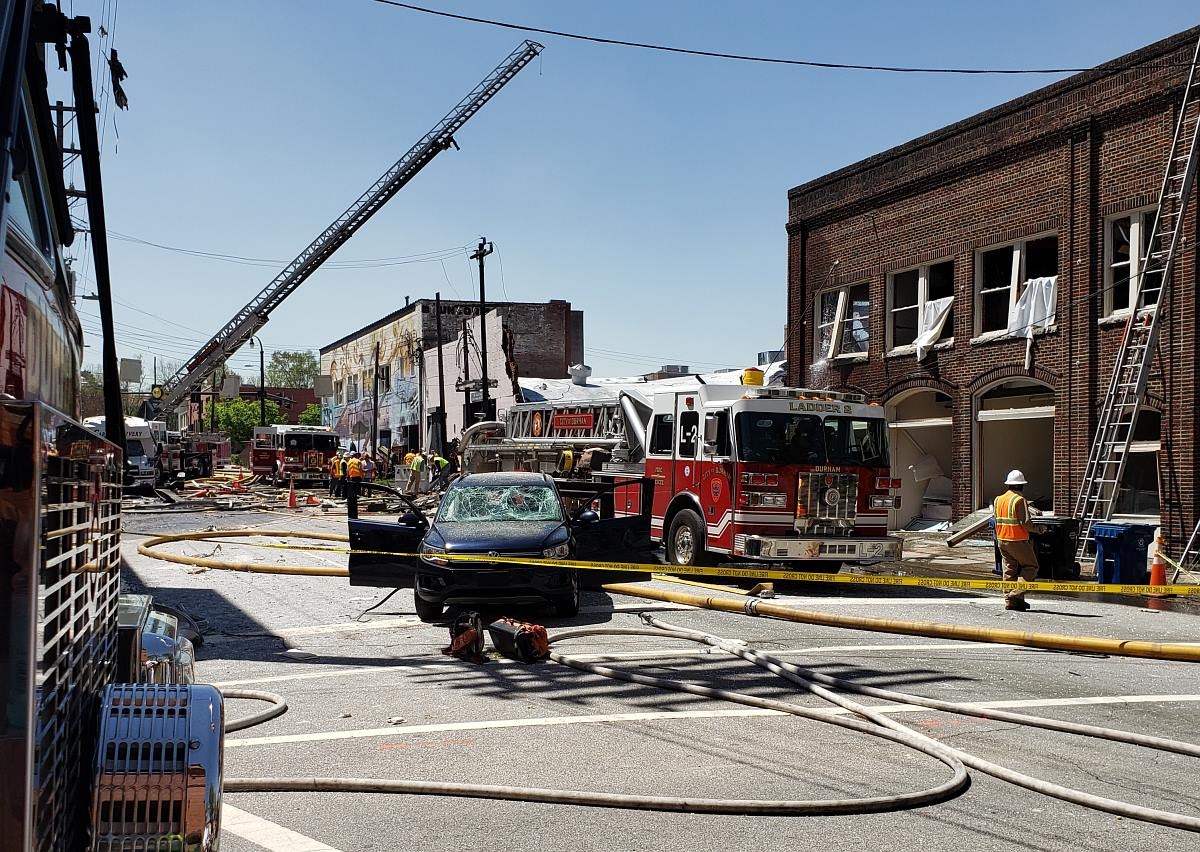