Two after-action reports were released yesterday from the deadly downtown Durham gas explosion in April. The reports are from Durham City/County Emergency Management and the Durham Fire Department.

I’ve downloaded copies and they’re stored at the above links. (Since government web doc links can expire after a number of years.) See sundry media coverage, such as this ABC 11 story. See also this earlier blog posting, with notes on Raleigh’s response to the incident. 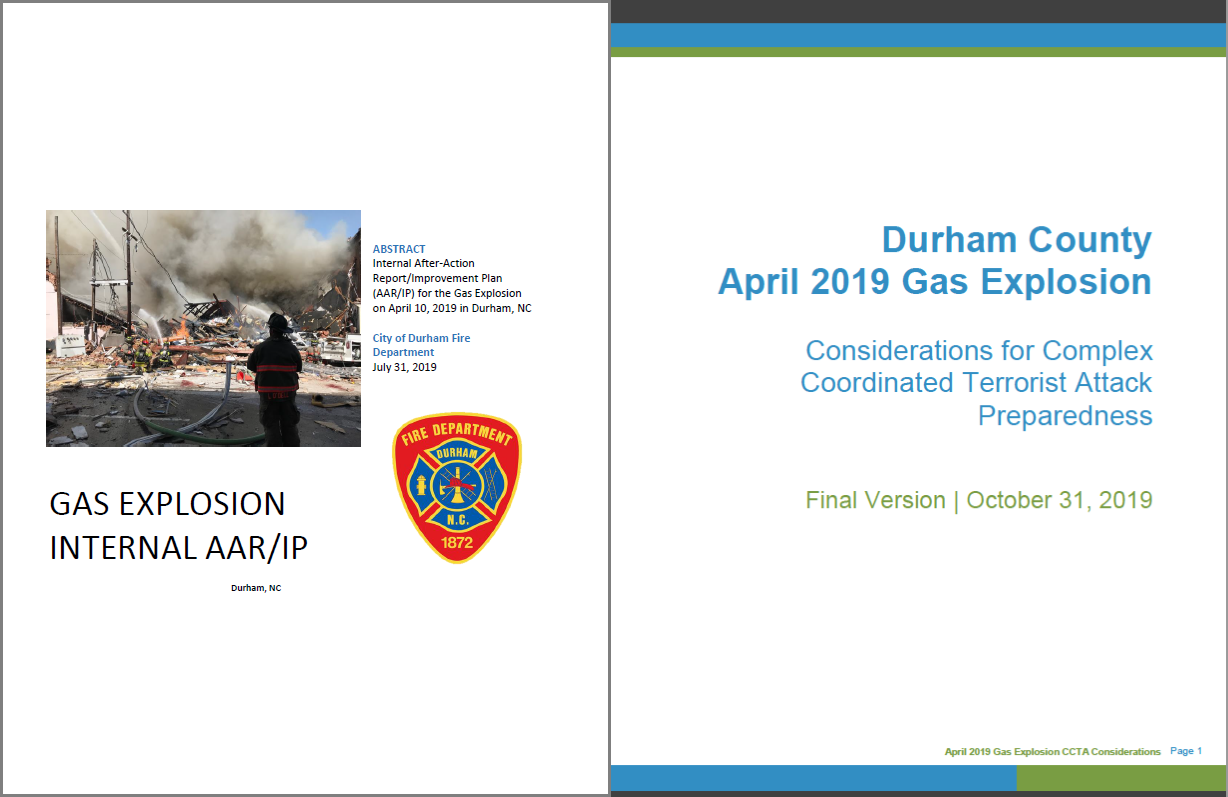