From excerpts of town minutes, as recorded as a nine-page typed document for the fire department.

Electric  Wiring:    Nine  electric lights to  be installed .  Wiring  to  be conduit.

Said fire station was built of brick. It was ordered erected in a meeting on August 4, 1921. The location was “the middle of Columbia Street just north of Rosemary Street.” The cost was approximately $4,000. Mayor J. S. Roberson appointed Dr. Pratt and M. W. Durham to serve with the Fire Committee as a Building Committee to “let contract and supervise construction.”

Here’s the building depicted in a Sanborn Fire Insurance map from 1925. See this January 2015 blog archives posting for more information about prior and later fire station locations. Click to enlarge: 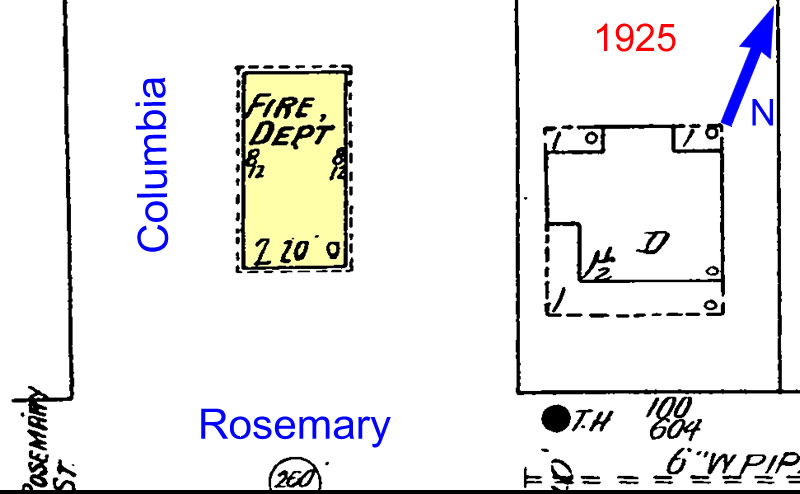 Here’s a vintage image of the building, circa 1920s. It was used until 1938, when a Town Hall and fire station was built beside this location, at the corner. Click to enlarge: 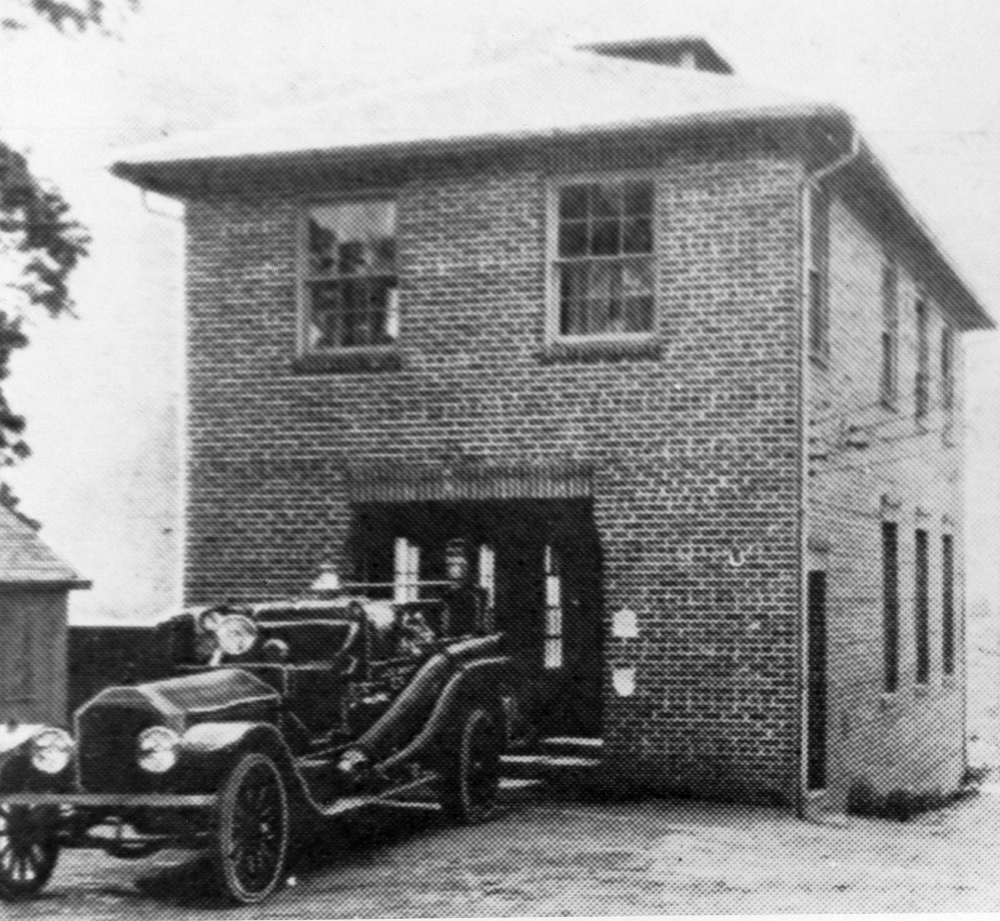