Found this last week. Will add to my fallen firefighters database.

Edenton Fire Department firefighter Benjamin Henry Smith, 32, was killed in an apparatus accident while returning from a chimney fire on November 28, 1947.

The accident occurred about 7:30 a.m. at the intersection of West Queen and South Granville streets[1], when the fire truck overturned after colliding with a station wagon. Smith was killed instantly, reported newspaper accounts. He was pinned beneath the apparatus and was deceased when removed from the wreckage.

Al Owens, driving the apparatus, was injured and reported in critical condition at Chowan Hospital. Another fireman, Howard Spruill, received “injuries to the eyes” when “acid spilled in his face”[2] when the apparatus overturned.

The driver of the station wagon suffered only minor injuries.

The accident occurred “adjacent to a cemetery.” The driver of the fire truck attempt to avoid the collision by “swinging sharply to the right,” but the apparatus struck the front of the passenger car and caused the truck to “overturn on a curve.”

The car crashed through the cemetery’s iron fence and “ended up among the graves and tombstones.”

Firefighter Smith was a volunteer fireman who “slept at the fire house.” He worked as a license examiner for the State Highway Commission. He was also a member of the “local AF and AM lodge” and “a Shriner.”

He was buried on November 28, 1947, at Pineview Cemetery in Rocky Mount.

[1] Location is best guess based on death certificate plus current maps.
[2] Acid? Perhaps the acid contained in a chemical-activated fire extinguisher? 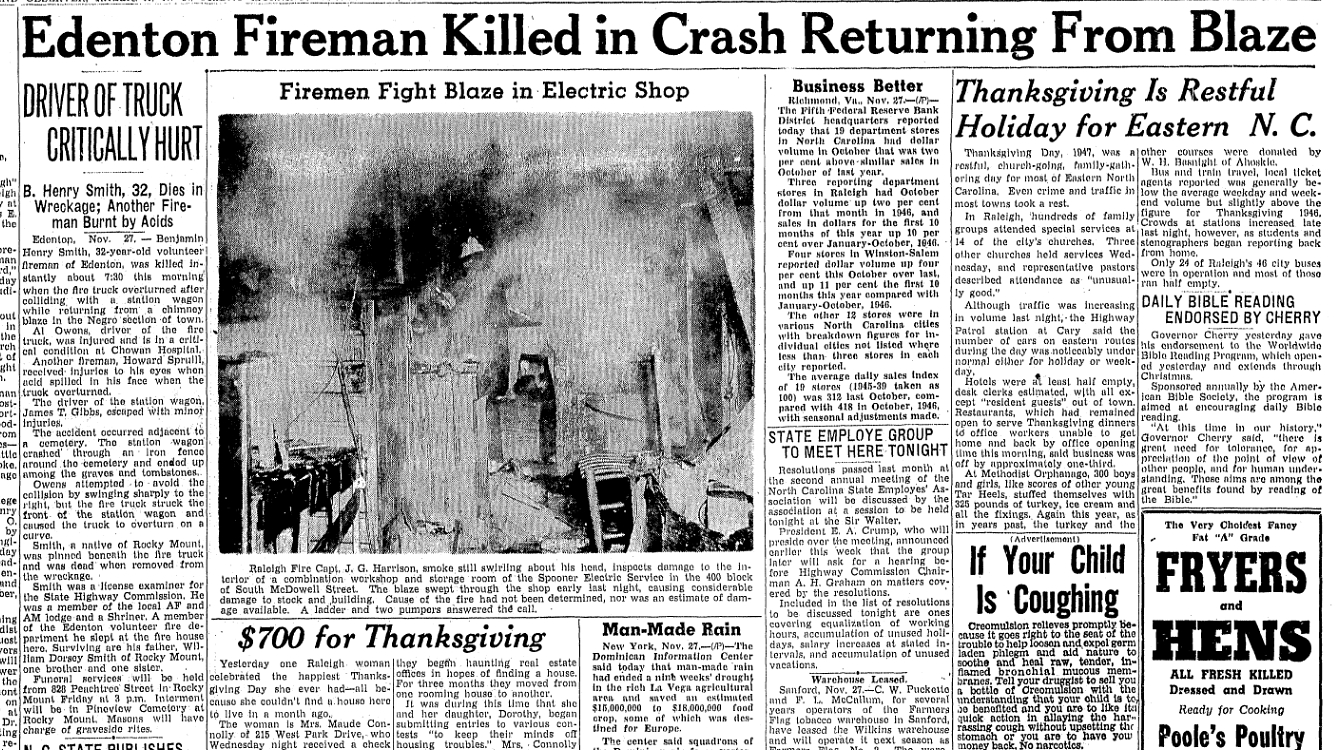 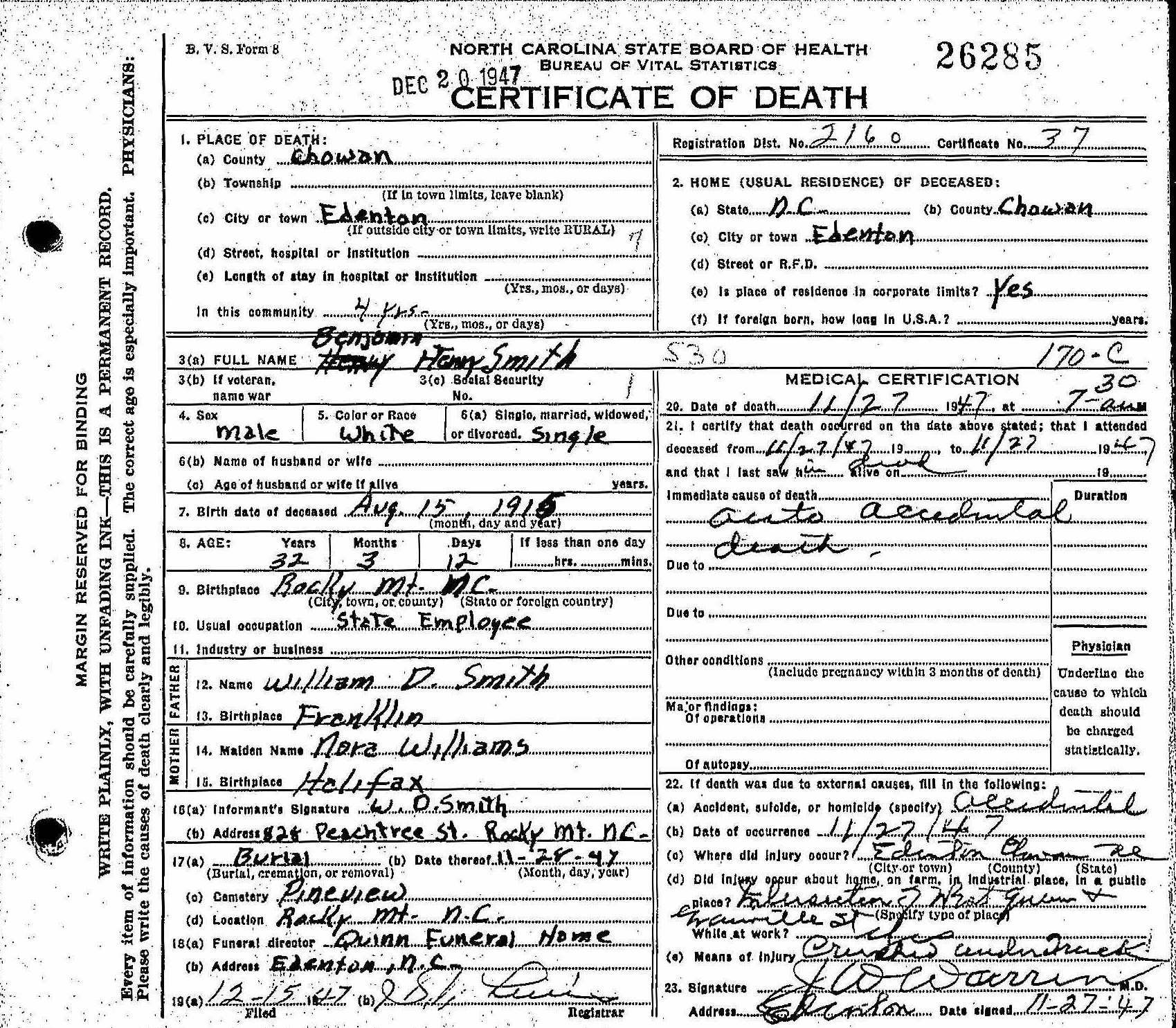