Update April 11, 2019 – Though initially suspected as caused by a natural gas explosion, it was later eliminated by investigators. Instead, they suspect a backdraft caused the explosion. See the detailed OSFM retrospective below. Updated this posting headline, changing “gas explosion” to “explosion” to reflect that important clarification.

This retrospective first appeared on FireNews.net in 2006, as the North Carolina Fallen Firefighter’s Foundation dedicated their new memorial in Raleigh. It also appears on my fallen firefighter’s history page. This posting also replaces a 2009 blog posting that linked to other retrospectives, which are now unavailable.

One of the darkest days in North Carolina’s fire service history started as a smoke investigation in downtown Shelby around 6:15 p.m. Firefighters arrived in the 100 block of West Warren Street and found an apparently routine fire in the rear of Geoffrey’s Men’s Clothing Store. About thirty minutes into the incident, a sudden blast shook the store and sent bricks and glass flying into the streets. Walls had collapsed, firefighters were buried, and heavy fire and smoke was pouring from the rear of the two-story structure. 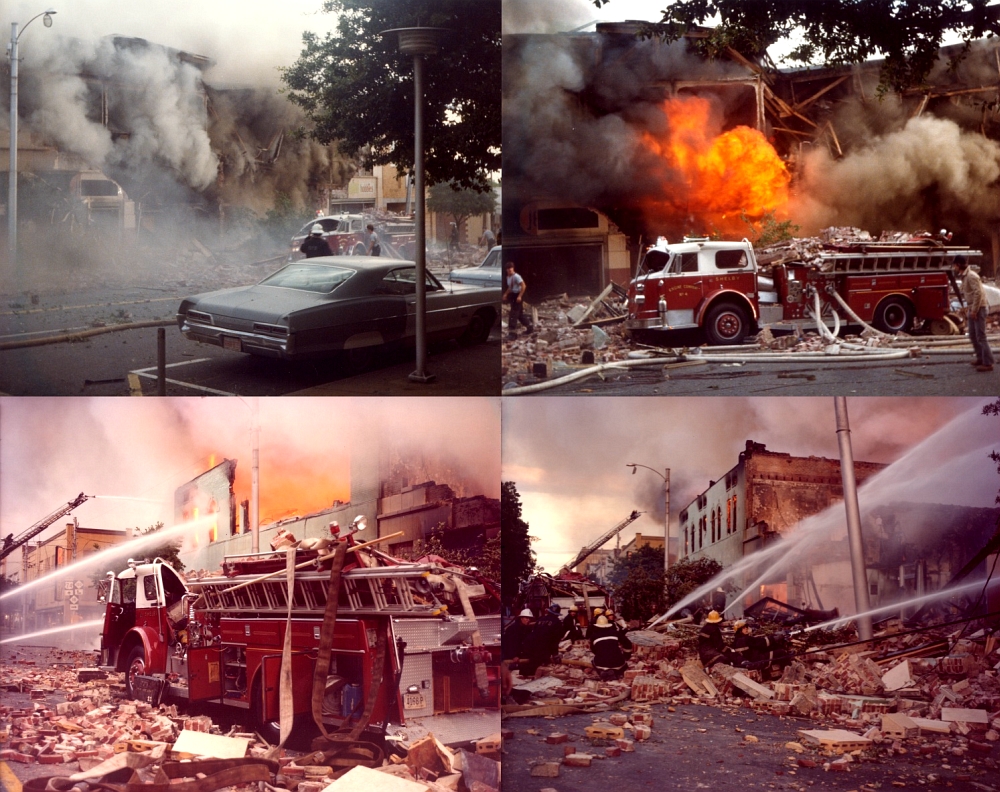 Believed caused by a backdraft in a void between the building’s first and second floors, the explosion snapped surrounding trees in two, twisted street lamps, and destroyed a 1972 American LaFrance pumper. Some 50 people were on the sidewalk when the building exploded and 31 were injured. By sunset, the streets were filled with thousands of onlookers.

Investigators, which included dozens of federal, state, and local law enforcement agencies, later determined that the fire had been intentionally set. The owner of the store was convicted on five counts of voluntary manslaughter and served 10 years of a 90-year jail term.

Five separate funerals were conducted on Sunday, May 19, and hundreds of the city’s 17,000 residents filled a local church for a memorial service the next day. A memorial fountain at Shelby’s Charles Road fire station bears the names of their fallen heroes.

Read a retrospective (PDF) from the Winter 2006 OSFM Fire-Rescue Journal by Melissa R. Lentz. The article includes contact information (at the time) for photographer Lem Lynch. 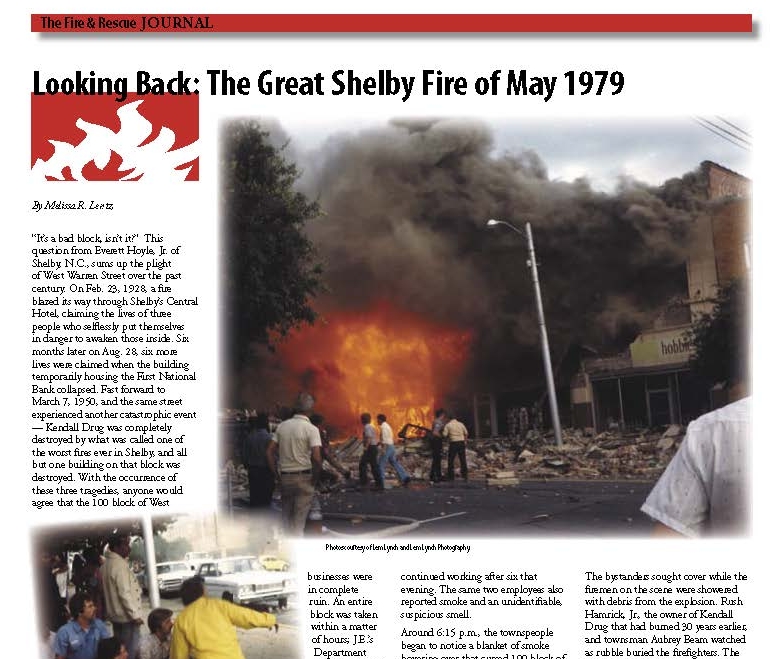