With the remnants of Hurricane Ian reaching Raleigh today, here’s a look at the city’s water rescue vehicles, past and present. 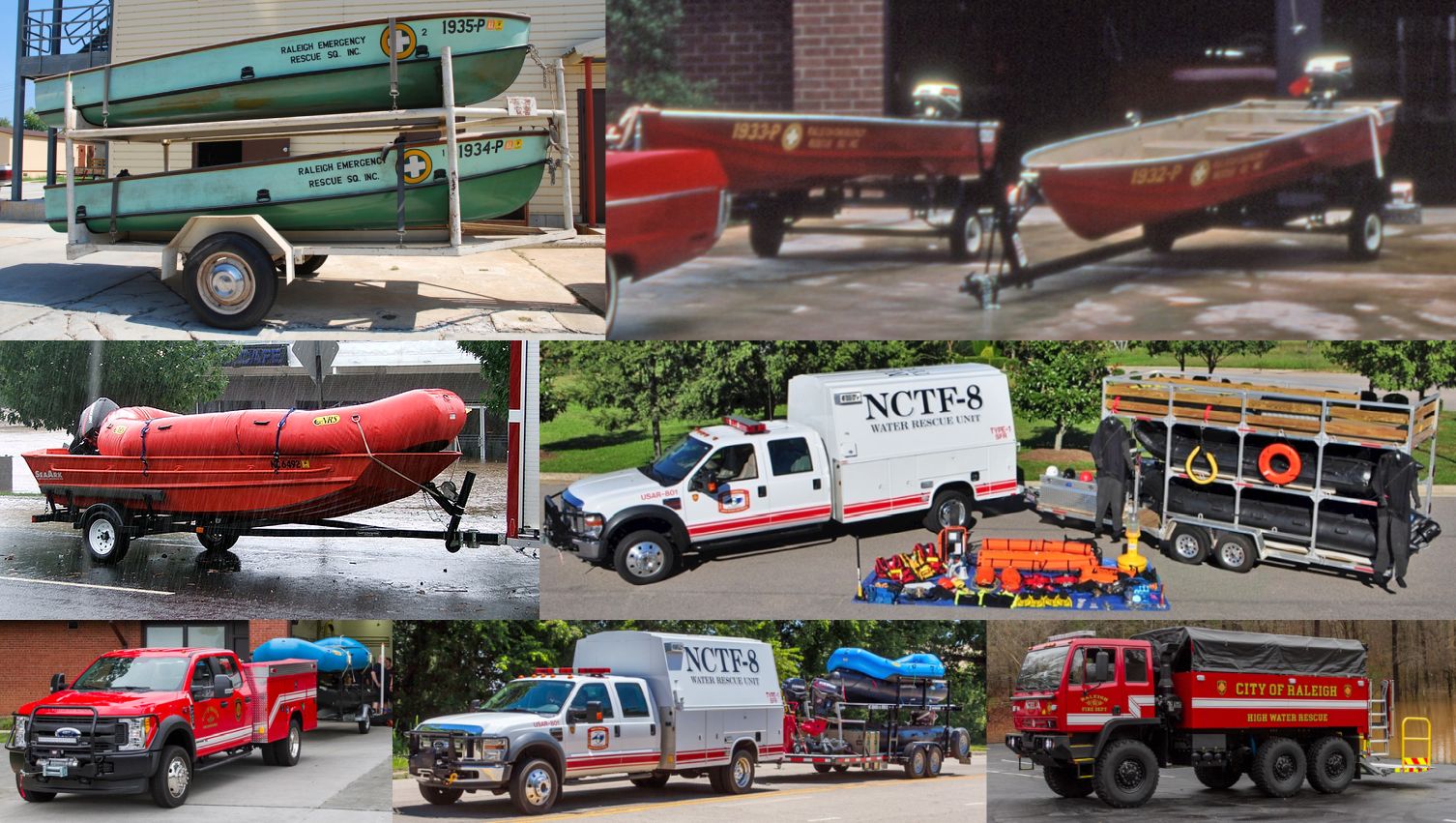 Left to right, top to bottom:

1953 wooden rescue boats, originally operated by the Raleigh Emergency Rescue Squad at Station 1. And they’ve survived to this date, presently in storage. Lee Wilson photo, from 2008, when they were returned to RFD after years of storage at another city facility.

1975? metal rescue boats. The 14-foot aluminum boats along with trailers were donated by Jeffries Auto Marina Service in the spring of that year. They replaced the heavier wooden ones, which required six people to load and unload, and ten people to transport to harder-to-reach areas.

2000s? SeaArk metal boat plus rigid inflatable, shown in 2006 as pulled by Rescue 7 after remnants of a tropical storm (as memory serves) caused flooding on Capital Boulevard and stranded occupants at the Milner Inn and other nearby locations. More pics at https://legeros.smugmug.com/Fire-Photos/2006/2006-06-14-rfd-capital-blvd/

Still more rigid inflatable boats, assigned to USAR 801. Seen on street, returning to Station 21. (The unit is cross-staffed by Engine 21.) The trailer is newer, as the earlier USAR 801 trailer was destroyed in a (trailer only) roll-over accident on Wilmington Street at Hoke Street circa 2018.

Also, did you know that a member of the Raleigh Emergency Rescue Squad died in the line of duty, during a water search in the Cape Fear River in 1959? Read about volunteer member and Wake County Sheriff’s Deputy Robert Battle at https://legeros.com/blog/raleigh-rescue-drowning-1959.