Heavy smoke conditions inside, as well as difficult maneuvering due to contents of rooms, made finding the seat(s) of the fire difficult. Crews later withdrawn as heavy fire conditions presented (and vented through roof?). Exterior operations started, including portable monitor(s) deployed to protect exposure on west side. (The second home also suffered some fire damage.)

Two aerials deployed, Ladder 1 in front of structure, Ladder 12 in rear. (Supplied by Engine 2, from hydrant caught in front of Station 3.) Second-alarm struck for manpower. Believe also third-alarm level for EMS struck. Staging was parking lot at SE corner of New Bern and East, beside Station 3. (They were on a service call, at the time of the first alarm.) Don’t believe either flowed any water.

Controlled 8:54 p.m. Cause determined as accidental, started by space heater in bedroom. No injuries. Google for news reports.

Listen to recording of radio traffic. 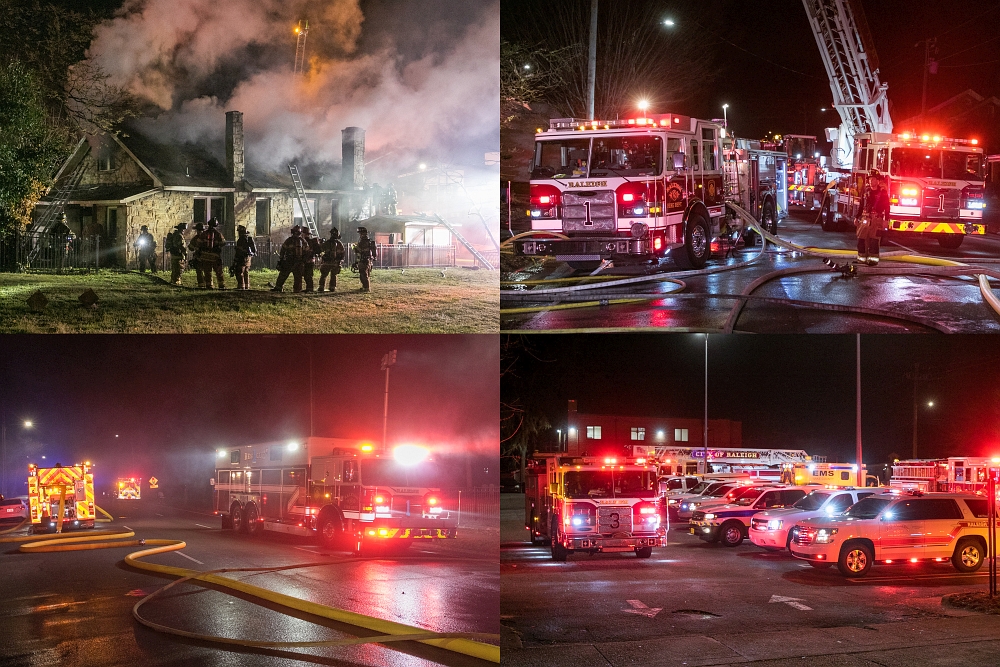