From the files of reader/contributor David Raynor, here are vintage photos of two Wilmington Fire Department rigs. Top is a 1979 Chevy/1990 Sturdy Equipment manpower unit. Called Service 1, it operated as a “flying squad” with an Engineer, Relief Driver, and two firefighters. It was originally a 1979 E-One/Chevy midi-pumper, and converted in 1990 to the current unit.Photographed in September 1997. Bottom is 1980s Ford Econoline ambulance, photographed in June 1985. Thanks to Chris Nelson for the apparatus information. Click to enlarge: 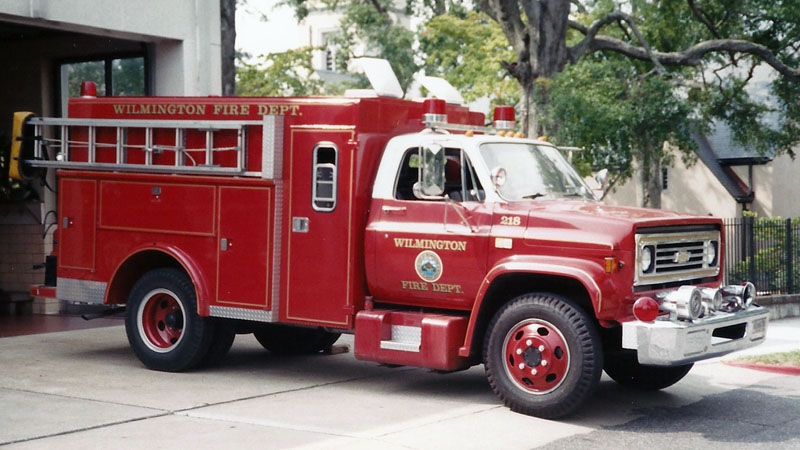 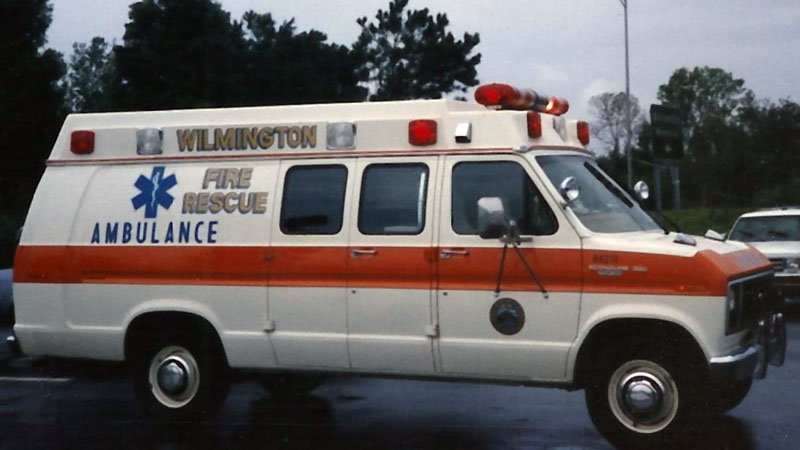