Searches were suspended on Wednesday for the light plane with eight souls aboard that crashed off the coast of Carteret County, NC, on Sunday. The remains of all eight occupants had been located, along the plane’s fuselage. The expansive search started Sunday afternoon, after ATC at MCAS Cherry Point saw the craft disappear from radar. The command post was operating at Down East FD in Sea Level. The Coast Guard said that over 2,000 square-miles were searched.

What’s the historical perspective? It might be the worst private plane crash in state history. From Mike’s records, here’s his list of deadliest air crashes involving non-commercial or non-military aircraft:

1983, Jan 9 – Craven County – Seven killed, Beech D55, struck by F4C Phantom fighter about 30 miles south of MCAS Cherry Point at 1644 EST, after the private plane had entered restricted airspace, and the fighter was launched to intercept. The collision occurred in conditions of poor visibility. Several factors contributed to the collision.

1973, Apr 13 – Greensboro – Six killed. Cessna 402A. Crashed and burned upon impact in a field, about two miles from PTI airport, near an industrial park. Crash occurred after take-off at 2212 EDT. Probably cause determined as flight control system failure, elevator and elevator tab control system, after a connecting bolt came loose.

See Mike’s database for crashes with five fatalities, plus lists of commercial and military air crashes of significance (and with far greater numbers of fatalities). 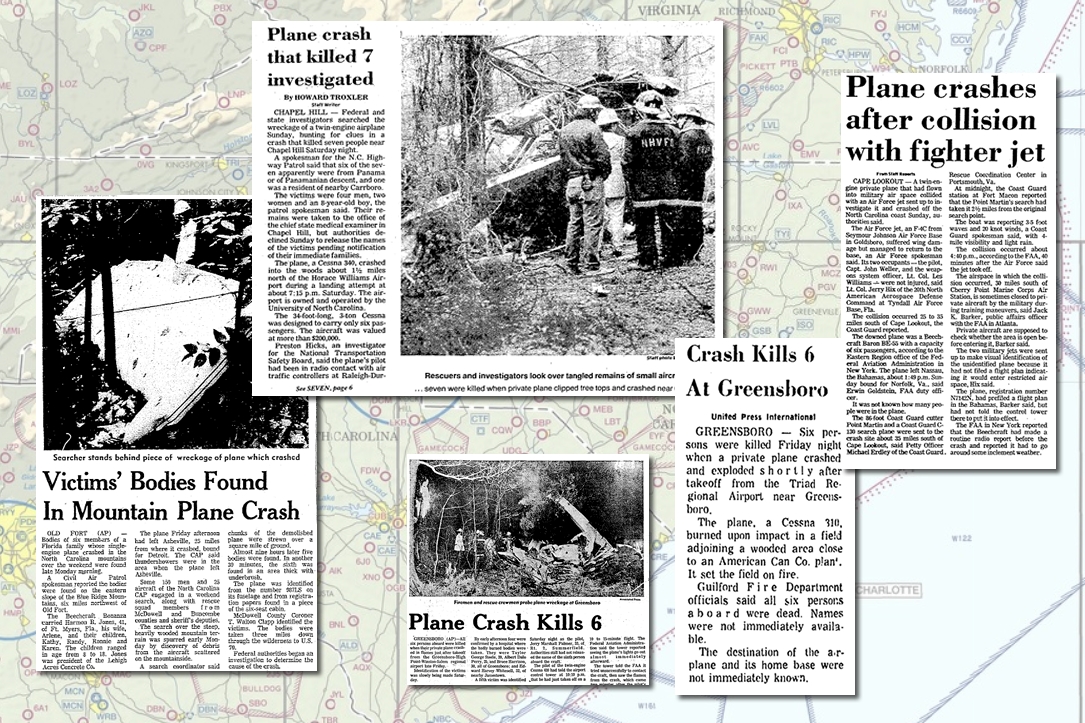