Power and lighting units, what were the early ones in North Carolina? Below are some of the “big city” rigs. Shown left to right, top to bottom are:

Greensboro – 1972 HHC 1610A/Truitt, remount of older body (correct?). This one’s the one that folks remember the most. Housed at Station 4 and on the roster forever. Readers, when was it retired? Richard Adelman Collection.
Winston-Salem – 1940 Dodge/shop – Built by WSFD. Alt. year 1941, in NBFU report. Housed at HQ by 1959, and by then was “manned upon special call by the master mechanic or a detailed fireman.” Carried seven portable lights and a 10 KVA generator powered by a four-cylinder motor. When was the thing put in service? TBD. Richard Adelman Collection.

Greensboro – 195_ International/__________ salvage unit, so not quite a dedicated power and light unit. (Needed a sixth pic to fill out the montage.) Also carried a couple deluge guns! Added in 1955, bought new and built to spec. Hose & Nozzle magazine archives, courtesy Troy FD. 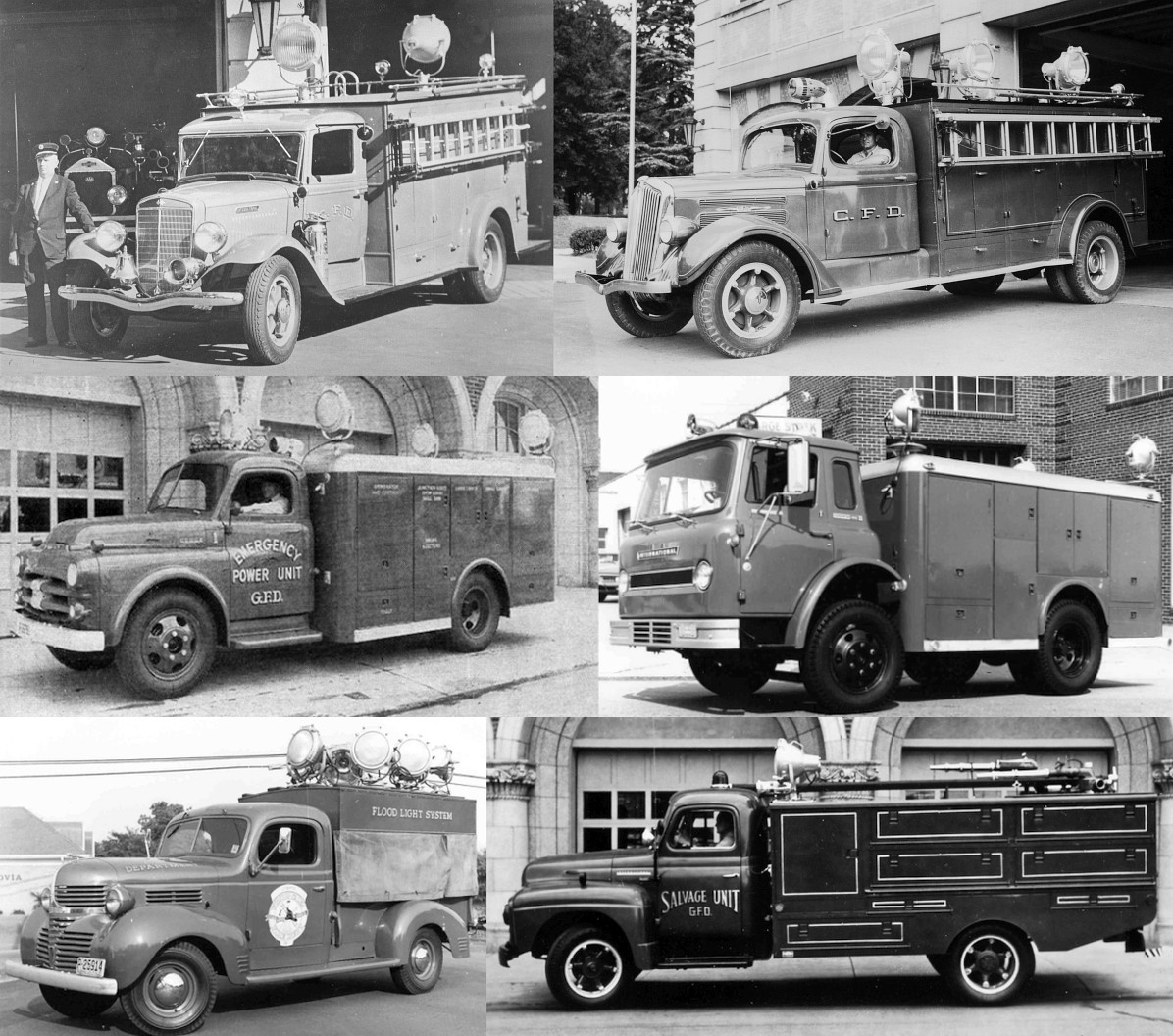 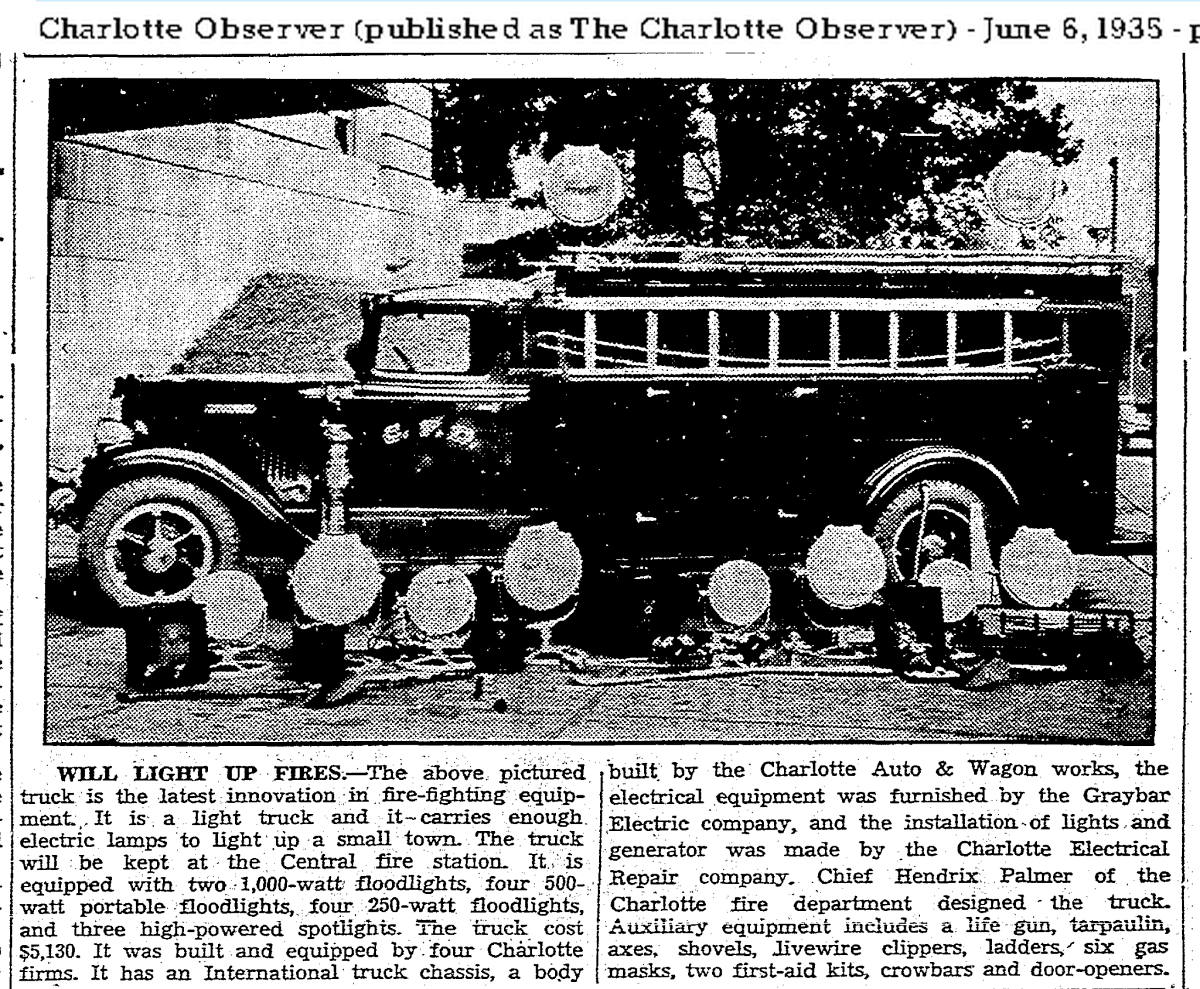 Here’s a color view of Greensboro’s second truck in 1991, by David Raynor: 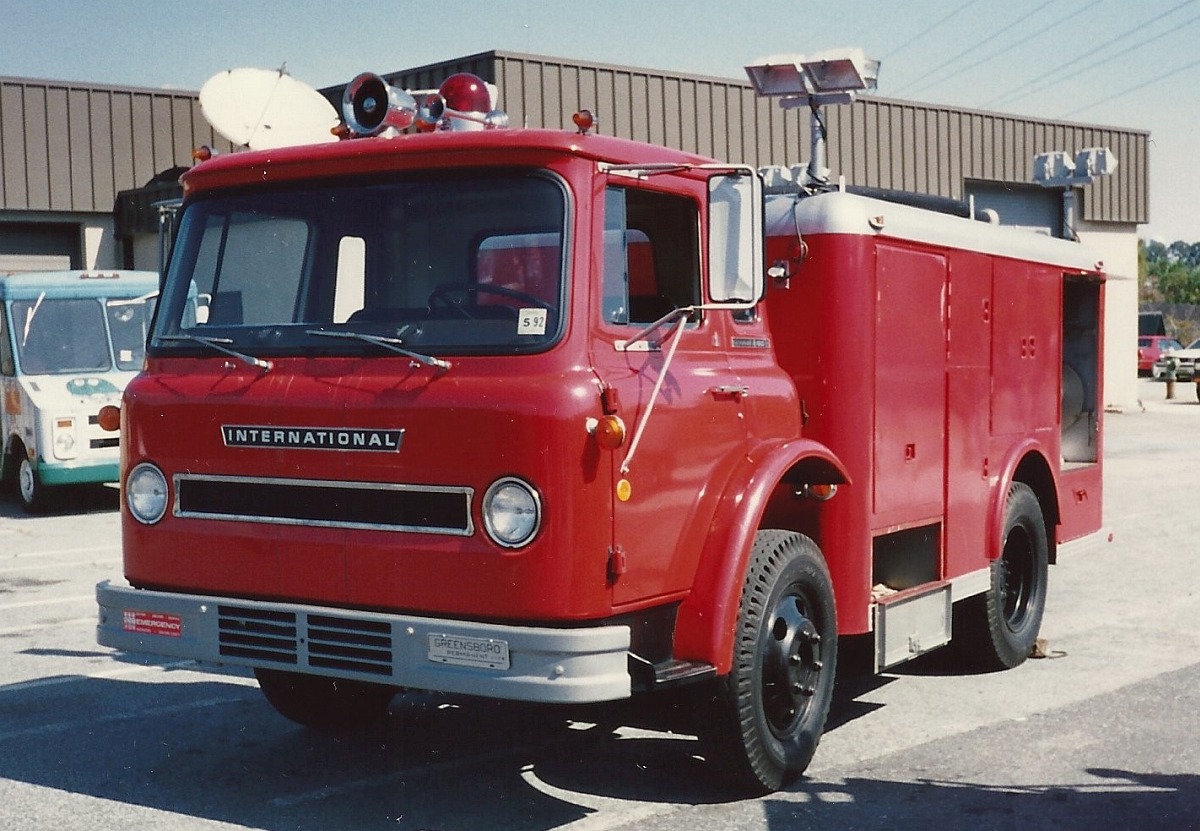