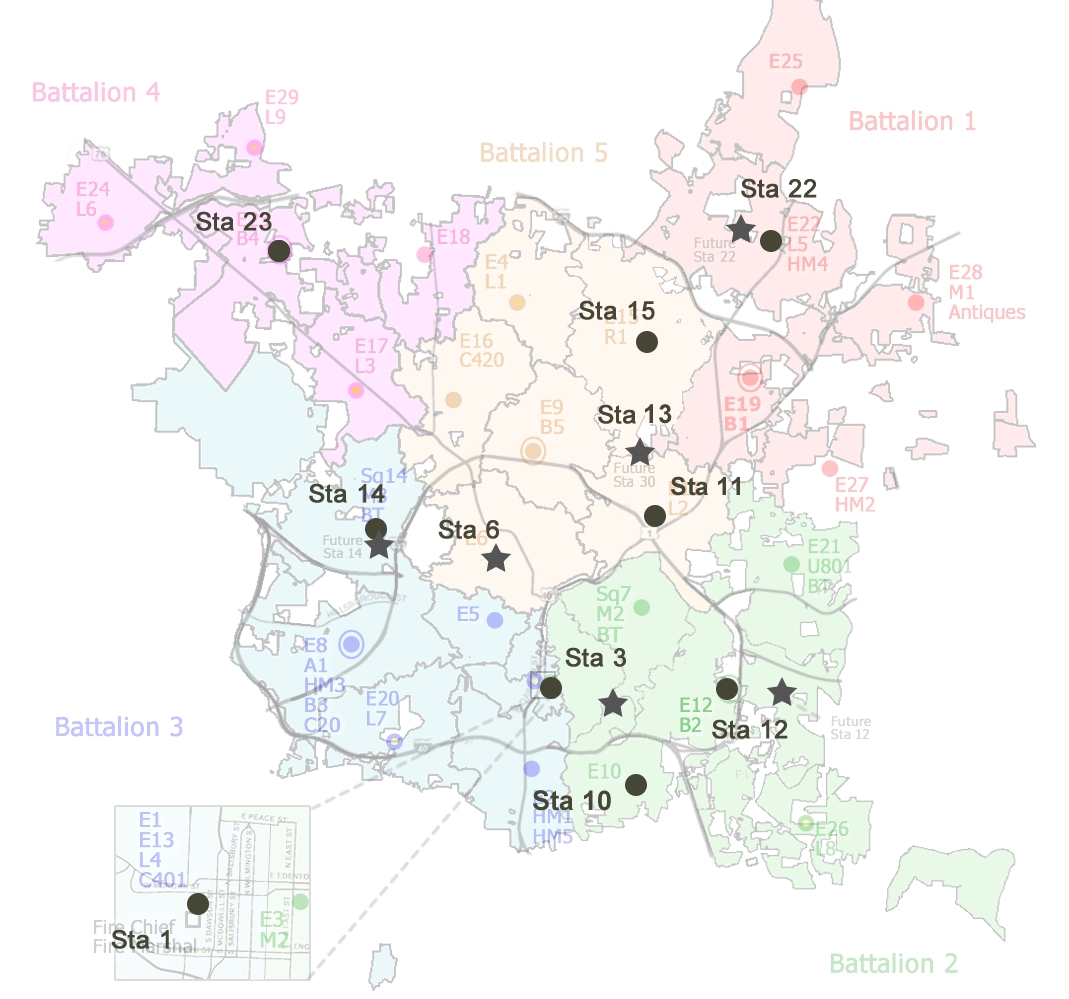 August 15, 2017
Let’s start a new, recurring feature. Raleigh Fire Department facility updates. The city is upgrading and expanding numerous fire facilities, and it’s long overdue. Fire stations are being replaced with much larger and more modern facilities, either on the same site (Station 6) or near their current stations (Station 12, 14, 22). Others are being renovated with “down to the walls” projects. There’s also the first “infill” station on the books, Station 30 off Wake Forest Road on Ronald Drive. Here are the assorted statuses. Will update again in three/four/five/six months. 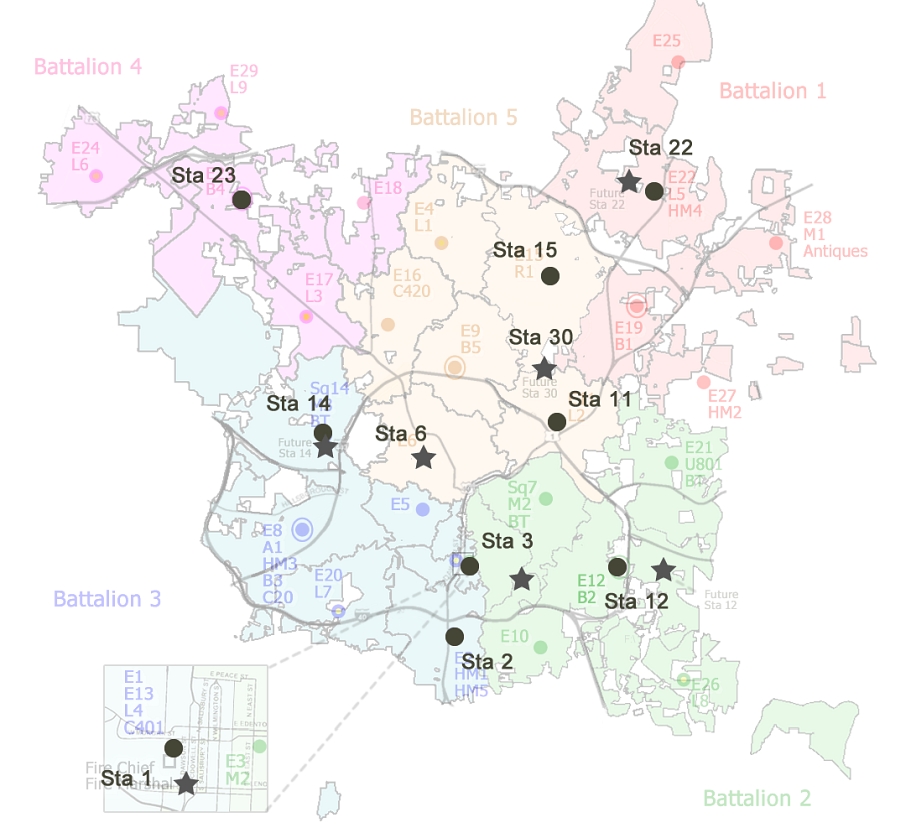 [1] Station 15  is the third in a series of planned renovations, which completely renovate the structures. First was Station 5 (see photos, read blog), which completed in the fall of 2016. Though programmed as two per year, it’s playing out as one per fiscal year, due to cost. (Excludes Station 11, which will also be a full renovation, plus bay expansion.)

[2] Station 23 is a new-ish project. It’s part of the RFD five-year strategic plan, published in 2015: http://raleighfirenews.org/pdf/strategic-plan-2015.pdf