See photos from Sunday and Monday at legeros.smugmug.com/Fire-Photos/2019/2019-10-umstead-crash

Here’s a run card for Sunday night’s aircraft incident, after radar contact was lost with a small plane on approach to Runway 32 at Raleigh-Durham International Airport. That’s the smallest of the airport’s three runways, and perpendicular to the main runway. The tower notified crash-fire-rescue and airport operations at 7:25 p.m. of a possible plane down in Umstead State Park.

City and county fire and EMS units were dispatched about 7:35 p.m., to the location of Ebenezer Church Road and Graylyn Drive. The command post and staging areas were established at that location, with search crews entering the park in vehicles and later on foot. Units were on scene until about 3:00 a.m. Two souls were reported aboard the missing Piper PA32.

Operations resumed after daybreak, with command and staging relocated to the park’s visitor’s center on Glenwood Avenue. Search teams, comprised of fire and law enforcement personnel, resumed after 9:00 a.m. The aircraft was located about 10:04 a.m. on Monday morning, by Raleigh Fire Department members. There were no survivors. The fire department remained on scene for a number of hours, to assist investigators. 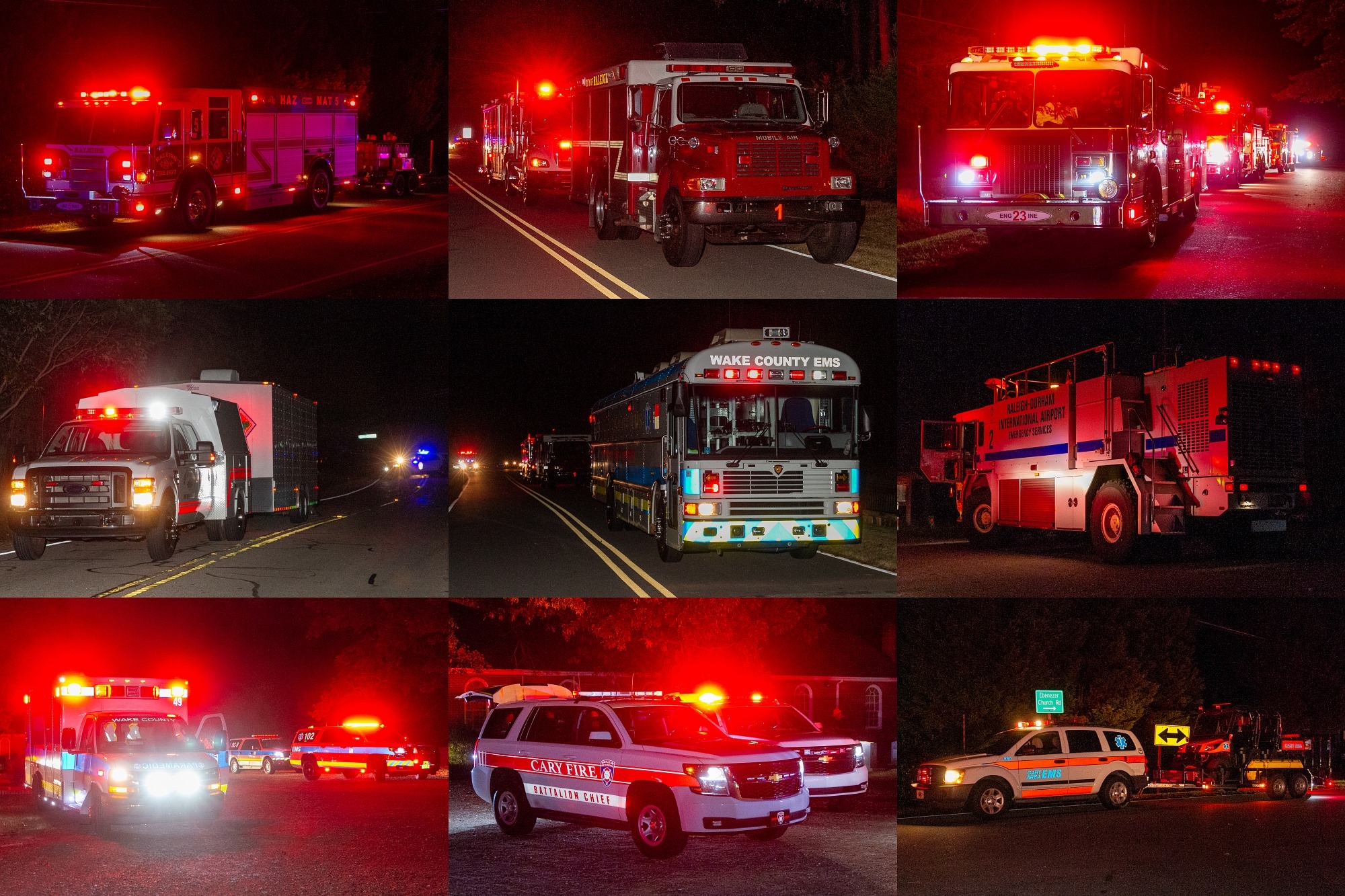 See Legeros photos from Sunday and Monday at legeros.smugmug.com/Fire-Photos/2019/2019-10-umstead-crash