Western Wake Fire-Rescue has posted their annual “year end” video, a compilation of video clips and still photos. And this isn’t your father’s YouTube video, either. The days of slideshows with “just a couple videos” are long gone. Now it’s helmet cams and GoPro cameras. < But, but, where’s the drone footage?

Those clips were recorded using three helmet cams (FireCam HD) and four GoPro cameras (GoPro 6, GoPro 4, GoPro Sessions). The latter were both handheld and mounted on apparatus, including in the cab and elsewhere. 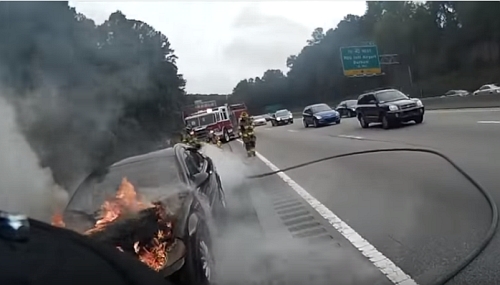 Sheehan started with about 146 HD video clips. Most of that was helmet cam footage, saved in five-minute increments. The GoPro footage was longer and totaled 128 GB.

He estimates 12 to 15 hours of raw footage. Using Apple Movie, he estimates he spent 25 to 30 hours of editing. That includes both viewing all raw footage to find the clips to extract, and compiling the video.

The soundtrack features these songs, by artists that this old fart and long-ago Eighties metal deejay has never heard of: